Back to the Beginning.

As we are sitting home, me with a pinched nerve in my back, and Wanda facing a difficult surgery the first of the year, all our immediate travel plans have been cancelled.  I thought I would go WAY back to the beginning. Way before I was even aware of a blog. 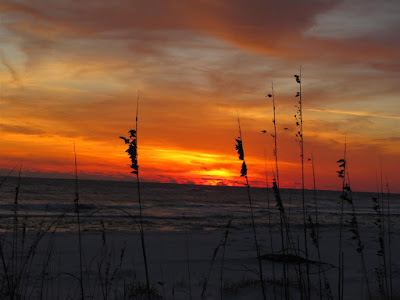 As I was nearing forty years of employment with the telephone company ( Southern Bell, South Central Bell, Bellsouth, and the "new att"), it was time to think about retirement and our retirement plans.  We knew travel was our first priority, and were looking at different trailers and small motor homes.  Shortly after hurricane Katrina came through our area, I spotted a small trailer in a friends yard.  I stopped by and inquired about it.  It was unlike anything I had seen before, and belonged to our friends sister.  She had brought it up from the coast for protection from the storm.  She said that her sister and husband work-camped about nine months a year in a motor home, but used  the small trailer (Casita) to travel in the other three months of the year. I took a peek in, and said no way. 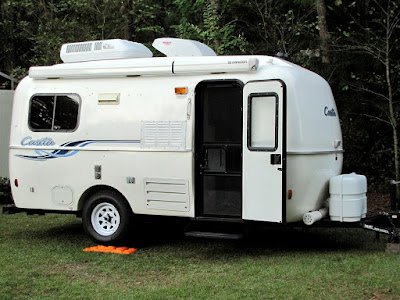 My job at the time was 80% sitting around, and 20% get it done yesterday. That left lots of time for cruising the Internet.  I found two forums dedicated to Casita's, and became fascinated with everything about them.  How well they were built from molded fiberglass, how well they held their value, basically maintenance free, with most every thing larger units had such as a nice full size bed, stove, sink, two person dinette, furnace, air conditioning, toilet, shower, closet, grey and black tanks, etc.  Wanda got on board with a few reservations, and we began a search.

Within a month of our purchase, someone in Mandeville, Louisiana posted for sale on one of the forums a custom made mattress for a 17' Spirit model.  Southern Mattress had shipped the wrong size for his 16', and had told him if he could sell it, they would ship the correct one with a discount, so as not to pay shipping for the return.  We got the new mattress we were about to order without shipping costs.


Forward another month, and we were in Riverview RV park in Vidalia, Louisiana.  It was the Great Mississippi River Balloon Races, and we were there to crew for our friends.  We were very lucky to get one of the four tent sites.  Just the right size for a Casita, surrounded by a couple hundred fifth wheels and motor homes. As we were near the office, folks passed our site all day.  It seemed no one was familiar with a Casita, and I'll bet we showed it over forty times during two days.  I even heard one guy say to a friend as they were talking on the clubhouse porch. He said "that guy has everything I have, except the note".  Made my day. 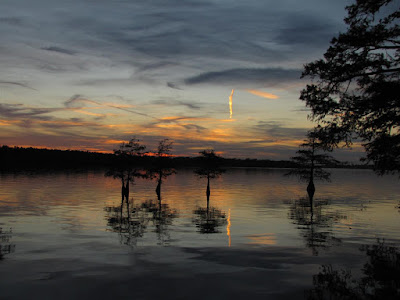 As I was still working, we only made short trips for almost two years. Hardly ever over a week to nearby state parks, ballooning events, and family outings. 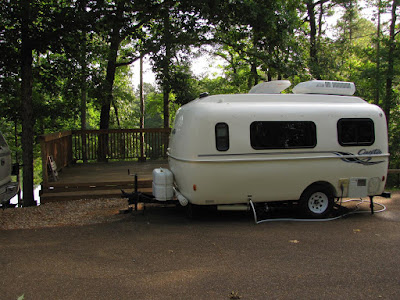 We did manage to make the Bluebonnet Rally in Bandera, Texas in April of 2007.  Over a hundred Casita's, and a few other fiberglass trailers, all in one park.  That's where we found that we had become members of  a special group. The Casita Family.
And what a family it is.  Because of that little trailer, we have friends we call by name in probably 40 states. We spend nights parked in their yards, and they do ours. We travel together at times, and meet up at gatherings across the country. 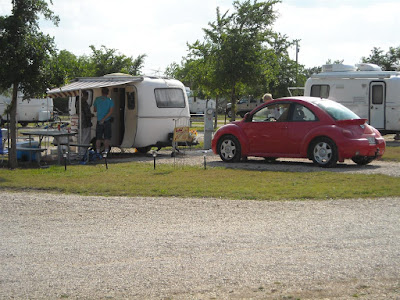 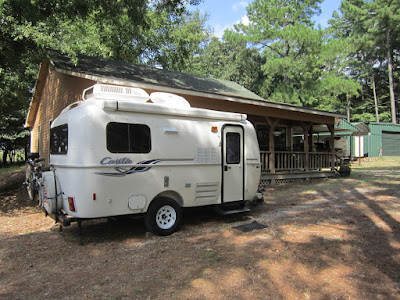