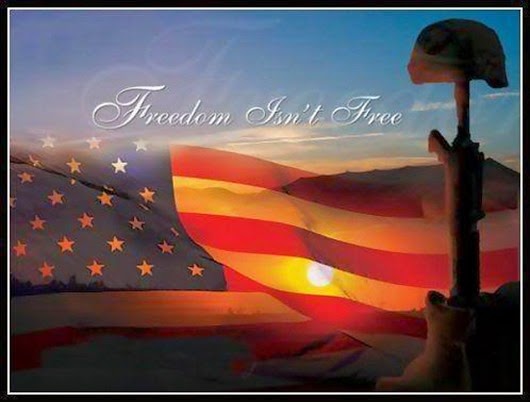 A good friend, and fellow Navy Veteran, posted this earlier today.  I don’t know if they’re his words or someone else’s, but the message hits home.  But for the grace of God, someone could be reading my name on a wall today.

“Every tombstone, every name on a wall or monument represents a once living young man or woman who was someone’s son or daughter. They may have been someone’s husband or wife or sweetheart. They may also have been someone’s father or mother.  One thing that they all have in common is that they were young men and women who never got the chance to become old men and women.  We need to do more to honor their memory.”

Take a moment today to remember those who gave all for our Country.  And also say a “thank you” to those still doing their part to protect our freedom…..jc

Boredom, and learning a little history. 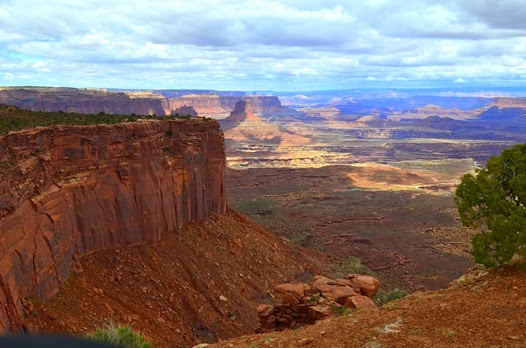 To say there isn’t much going on around the home place would be an understatement.  Reading of friends exciting happenings in places such as Utah, Colorado, and Oregon give me a bad case of the mullygrubs.

I don’t have a Facebook account, but while browsing the wife’s one day, I realized something.  I found that there are lots and lots of pages dedicated to history.  Pages dedicated to specific sites, towns, counties, etc.

I sometimes browse those pages, reading of times gone by, and looking at pictures of places I remember hearing of in my childhood.

Today, I was browsing some posts on a Natchez page, and a name caught my eye.  New Salem.  That was the name of the little country church I attended as a child.  I knew there had been a school there in the past, but that was all.  Following the next paragraph, you will find two pieces of local history I stumbled upon.

I find it remarkable the things our forefathers did for the education of their children.  The first article was a report done by the WPA in the 1930’s.  The article contains the name of my Great Grandfather, and the person quoted with the report was his daughter, my great aunt.

The second one is a newspaper article from 1908.  Can you imagine, over eighty dollars for a cake?  In 1908!  The two ladies must have been some beauties.  And on the debate, If I understand it correctly, the works of man beat out nature when it comes to attractiveness. I’m not sure about that.

Excuse the transcription.  That’s the way it copied.

“ The schools which proceeded the present school system of District 4 were viz., New Salem, Kenolia, Wrights and Ramah. New Salem probably led the others in success and we will follow it as an example.

Those of you that have spent very much time in the deep South know we have a plethora of insects.  Flying, crawling, biting; we have them all. During the past few days we have enjoyed the company of a species that shows up only once every 13 years.  The 13 year Cicada has appeared like a plague from the Bible. 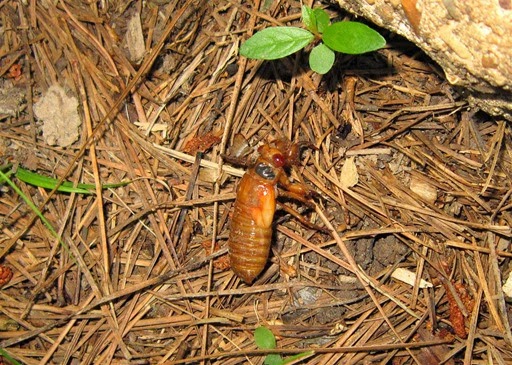 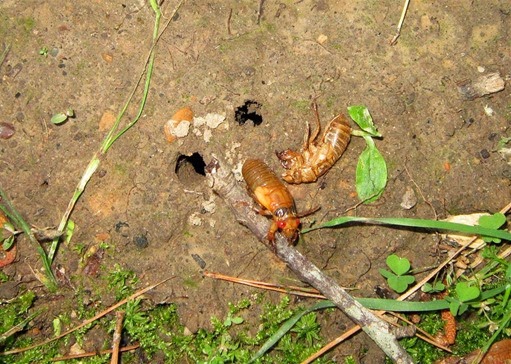 These ugly bugs spend 13 years underground, living on the nutrients they take from the roots of trees and other plants.  In the Spring of their thirteenth year, when the soil temperature reaches a certain point, they emerge by the thousands.  They emerge from the soil and immediately make for any elevated place.  These are crawling up a Sweet Gum tree in our yard. 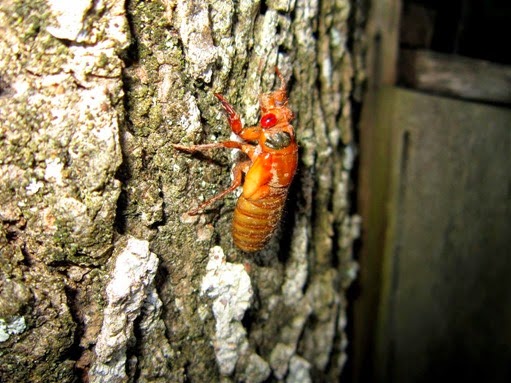 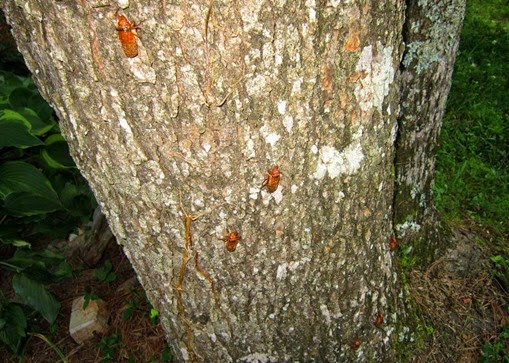 Once off the ground, the exoskeleton dries out, splits, and the adult emerges.  This takes place overnight. 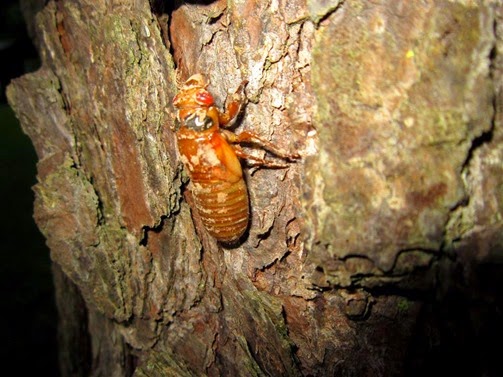 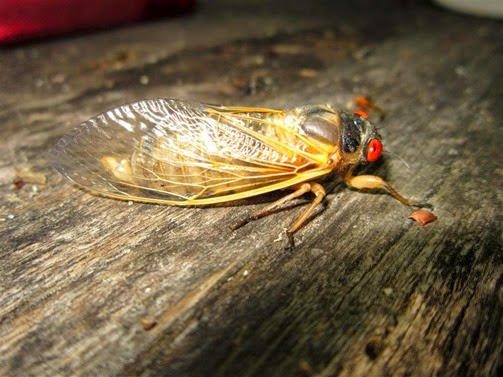 Don’t you love those red eyes? 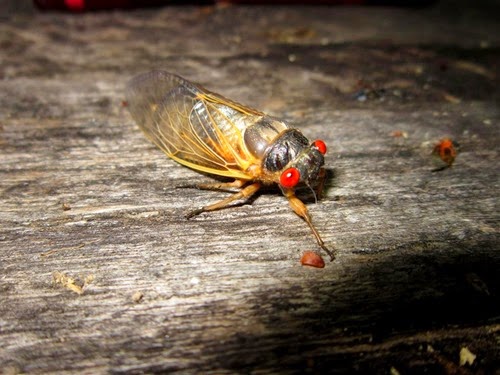 Once the adults have shed their shell, they crawl into the tops of the trees and wait for the sun to warm the day.  That’s when the singing begins.  Once the temperature reaches a certain point, It will go from dead silence to a crescendo within minutes, and they will sing all day, hoping to attract a mate.  Imagine millions of them singing this song.  Being surrounded by woods, that’s the sound we hear all day.  It ebbs and flows with the wind, but never stops.

This goes on for a couple of weeks before the males begin to die.  The females deposit their eggs into slits on twigs of living trees, then die themselves.  A short time later the eggs hatch, the nymphs drop to the ground, and burrow in to begin the cycle again.  Hope I’m here to welcome them back in 2028.

Ugly bugs, for sure, but other wildlife loves them.  I think they look at them as the 5 PM buffet..jc