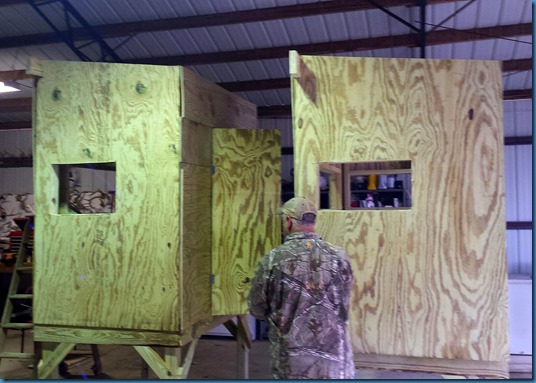 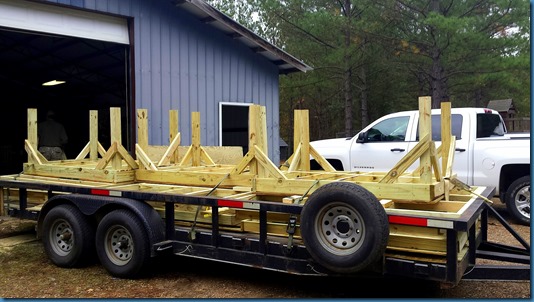 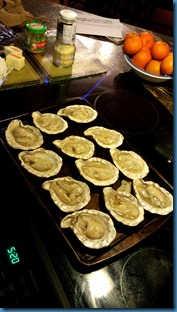 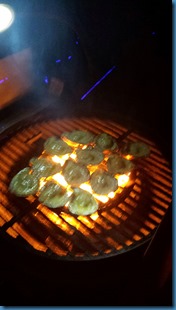 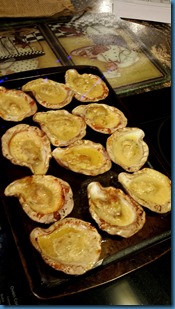 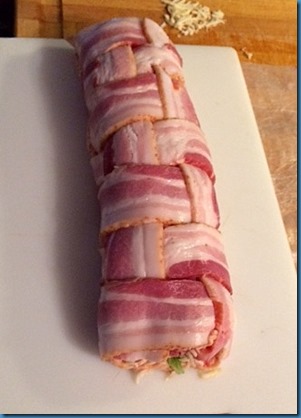 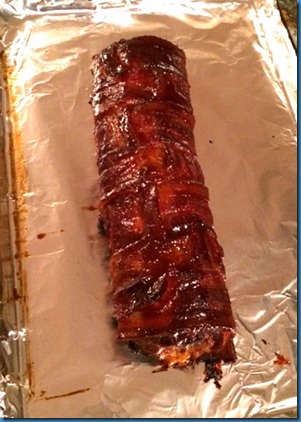 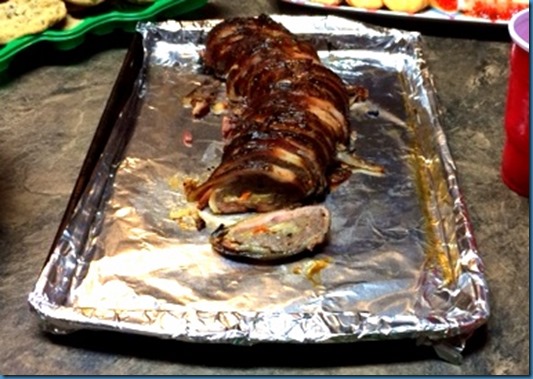 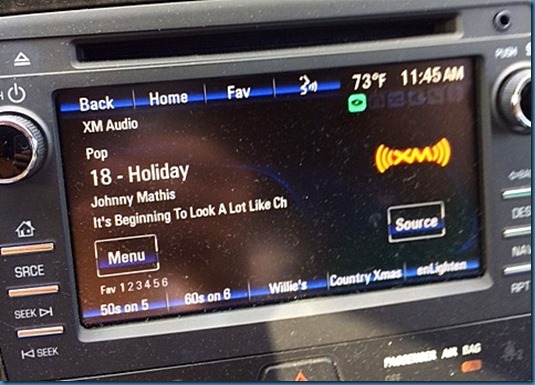 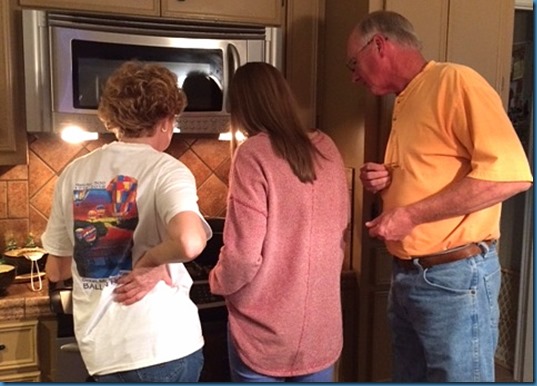 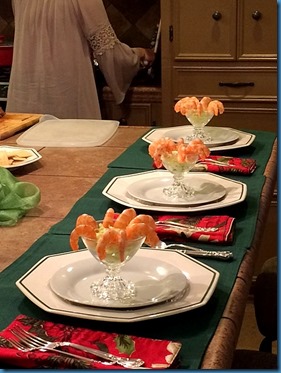 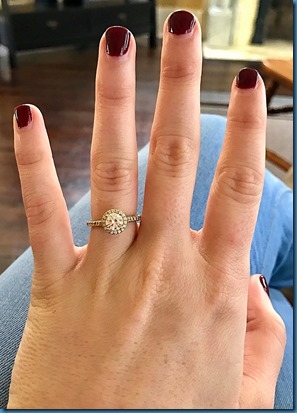 It’s hard to believe that December has arrived.  The weather has been more like September.  I took a ride to town today and took notice of our few hardwood trees.  They are just now showing off their colors.  When you live in the land of pine trees, it is always fun to see a flash of yellow or red.

I took a few pictures through the windshield with the point and shoot. 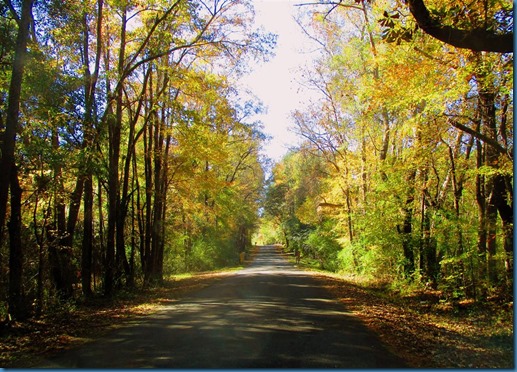 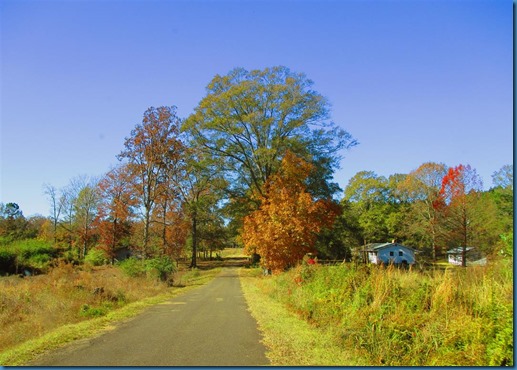 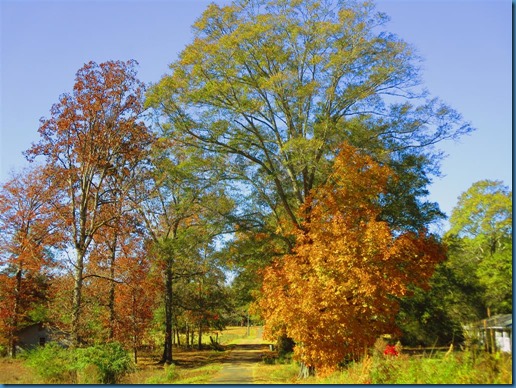 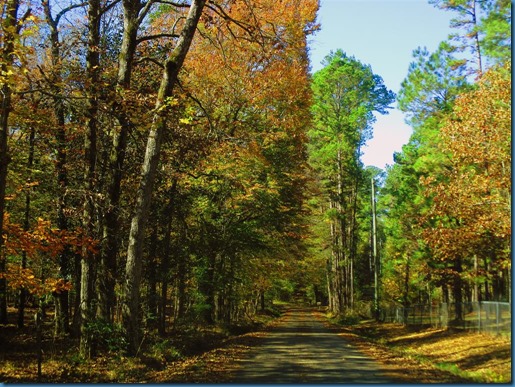 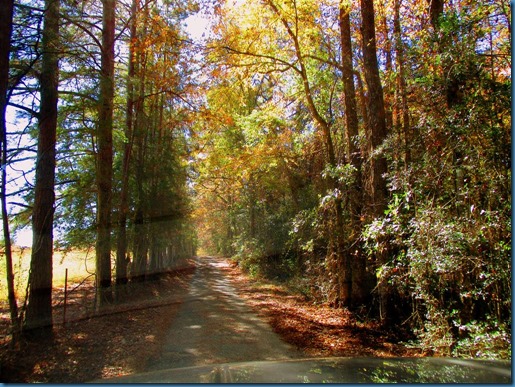 I still had the camera in my pocket as I walked out to the mailbox this afternoon, our sideyard looked to be glowing. 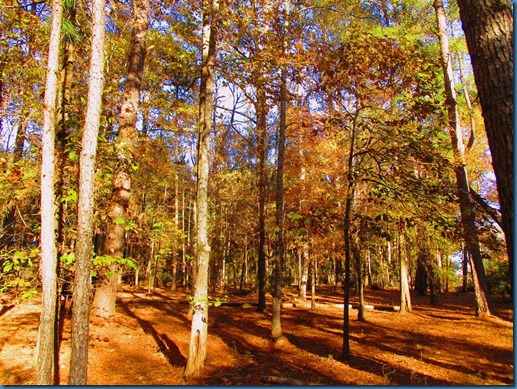 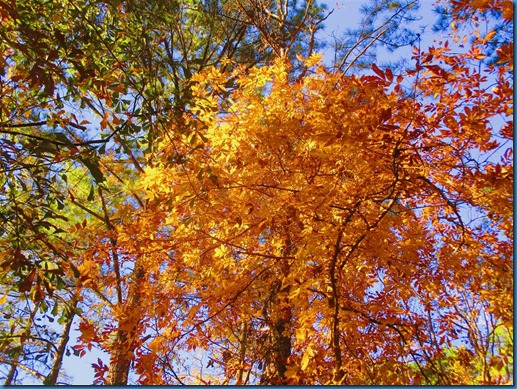 We have been under a burn ban for the last couple of months.  The storms of the past week have brought us much needed rain, and the ban was terminated yesterday.  I have two large piles of fallen pine limbs, as well as a downed tree which was hit by lightning.  Tomorrow, I’ll be doing what most men love.