September 4th.  The date of my last blog.  I guess that says something about how exciting the past two months have been for us.  Routine doctor's appointments, dodging three hurricanes, cleaning up minor debris after two of them; not much to blog about.  Thankfully, we are still dodging the Covid mess the best we can, while still trying to live a near normal life.

Three weeks after getting back home I was heading back to Colorado.  Brother had closed the deal on a mountain cabin north of Craig, and we went to do a little remodeling on it before Winter arrived.  Two long days driving/riding to get there.  I'm getting too old for that.  We tore out some stuff,  rearranged some space to add two bedrooms and a bath, and put in the plumbing.  We had beautiful weather all week and the Aspens were showing off.

Eight days later we were back home.  From that time till last week, not much happened exciting enough to talk about. We did get our votes in early.

We are part of a small group of friends that meet together each October.  We all met because we own molded fiberglass trailers.  Not just Casita's, but Oliver's, Scamp's, and Escapes.  That "fiberglass cult", as we are known by some.😀

Anyway, we camp together for a week each October in different areas of the Southeast.  We've spent a week in Savannah, along with many Alabama and Georgia state parks.  Last year we agreed to visit Natchez, Mississippi for the week.  12 trailers, 23 folks; we all met at Riverview RV park in Vidalia, LA for a week.  South Carolina, Georgia, Alabama, Kentucky, Arkansas, Texas, and Mississippi were represented. Missed our Tennessee friends.  There was nothing planned such as potlucks or eating out in a large group.  It was all free range.  Do what you want, with the folks you want.  Everyone appeared to have a great time. Touring the big homes, historic walking tours around the area, and enjoying the food.  Even had a hot air balloon festival going on. We had beautiful weather till the last day when rain arrived.

We watched as everyone prepared to leave on Sunday morning.  Sad to see everyone go. Some we possibly won't see again till next October.  The location has already been picked, and reservations made.  Hopefully, we all will be there, again.

I had a number of edited photos which I planned to add to this blog.  With the new Blogger, it appears that I can't easily add them from my computer, anymore.  The couple that I was able to download, I couldn't place where I wanted.  Due to that, along with the fact we aren't traveling like we used to, this very well could be the last Eggrollings  I cherish all the friends and acquaintances that we've met through the years which were a result of this blog.  Most of you are now friends on facebook, so you've seen all this, anyway.

I'm not going away. If you take the time to post a blog, rest assured I'll be reading it. 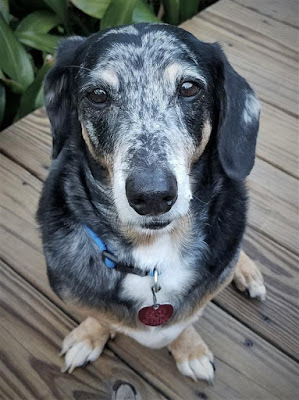