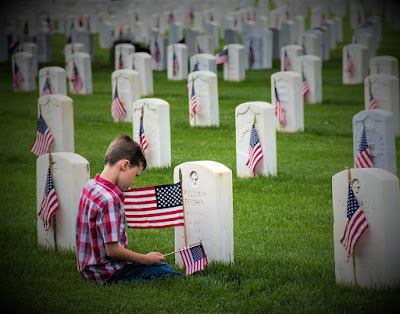 There's lots of news, nowadays, about the shape our Country is in.  Depending on who's talking at which time, we're all going to die soon from the virus, or our economy is going to tank and we're all going to starve to death.  I don't have a clue as to who might be correct, but I do know one thing.

If it were not for those that have given their lives in the past, we wouldn't be here today to worry about it.  World wars I and II. Korea, Vietnam, Desert Storm, Iraq, Afghanistan, and so on.  Right or wrong, thousands of men gave their lives for what was believed to be the right course of action.  We need to honor their lives this weekend as we try to find the "new normal" in our lives.

What have we been doing?  Not much.  I've been helping my friend and neighbor rebuild his fences after the tornado. 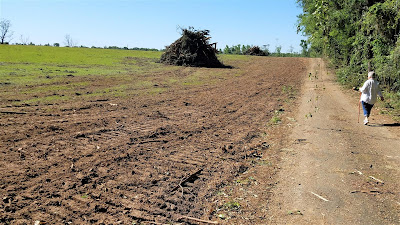 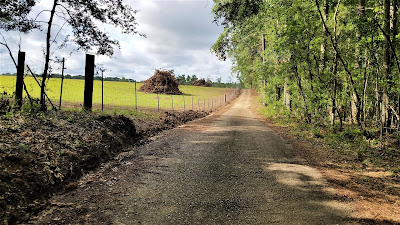 We've built back about two miles worth with the assistance of his son and grandkids.

Mothers Day found us in Natchez visiting the kids and Grands.  First time we've all been together since this mess started.  Thought a crawfish boil would be the way to go as all the spices would kill the virus. 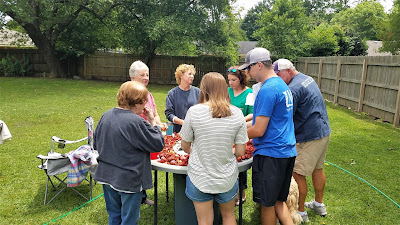 Friends purchased a new Escape fiberglass trailer and had it delivered to the Dallas area.  The original plan was to pick it up at the factory in British Columbia, but with the border issues as they are, they shared delivery expenses with another buyer.  With the price of fuel being as it is, they actually saved money, though they missed a great road trip.  They asked if we would like to meet them for a couple of days as they checked out everything on the trailer.  Mississippi state parks had just reopened campgrounds to self contained units, so we jumped at the opportunity to go camping.

Sally giving me the stink eye for waking her up. 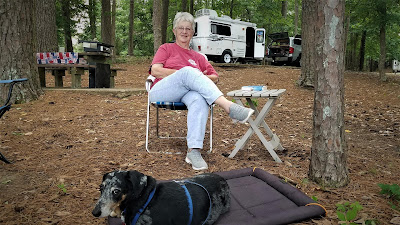 Way back about half a century ago, I climbed lots of telephone poles. Picked up a few insulators along the way.  We had a number of them on the fence posts down our driveway before our storm in May of last year.  Wanda picked them all up as we cleared trees and debris.  They sat in a box on our porch until one day last month.  I decided to build an Insulator Tree. 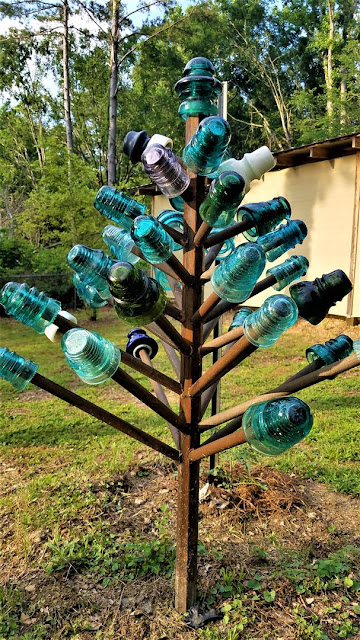 Wanda is still doing jigsaw puzzles.  She does two or three a week, normally.  One of the daughters gave her this one for Mothers Day.  It took her almost a week.  A thousand piece, busy, busy, Alice in Wonderland. 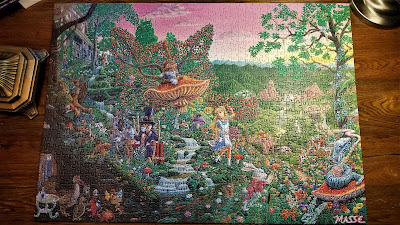 The gardens growing. Squash and zucchini are in.  Might have a ripe tomato by Monday.  Corn is tasseling.  Going to be eating really good, soon.

Other than that, things are quiet on Chapman Hill.  Sally says she is ready to hit the road.... 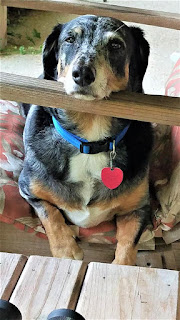