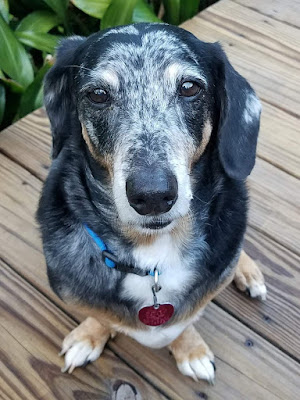 Though I posted almost six months ago that Eggrollings was history, I feel an update is called for.  When I started this blog in 2011 there were three members of our traveling crew.  Wanda, myself, and Sally.  Sally being the four legged member.  We adopted her in June of 2009.  Received a phone call while returning from the Casita Utah Tour.  A standard dapple dachshund needed a home.  We agreed to meet her the following weekend, but when I spotted her my first thought was "that's not a dachshund".  We decided to keep her, but changes were in order.  She was a butt ugly dog with a tail so long she couldn't raise it over her back.  It resembled the letter S, lying on its side.  When we took her to our vet for spaying we requested that her tail be docked.  Our vet wasn't too cool with the idea but agreed to do it while she was sedated.  That one thing improved her looks 100%. 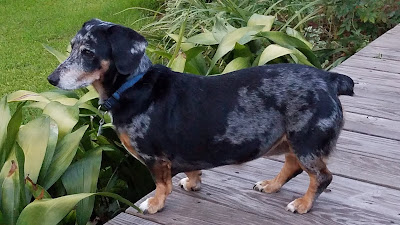 The first couple of years on the road with her were trying, to say the least.  She was headstrong. Her way, or no way.  She had the habit of chewing her leash in two, and taking off.  Not running away, just visiting everyone in the campground while not allowing herself to be caught.  More than once she would have been a dead dog if I had a gun handy. 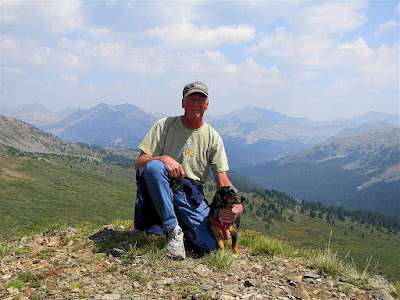 By 2011, and the beginning of Eggrollings, she had become more manageable.  She loved most all people, as well as dogs.  Her strange appearance got her many compliments from total strangers.  Everywhere it was legal to do so, she accompanied me on hikes.  There are many pictures on this blog of her at the end of the leash while she pulled me down one trail or another. 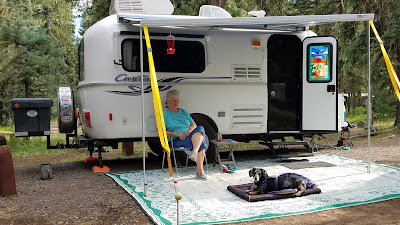 She made every trip we did for 12 years.  Through three trucks and two Casitas.  I figure we traveled over 175,000 miles with her sitting or sleeping on the back seat.  Mexico to Alaska, east coast to west, she did it all with us. 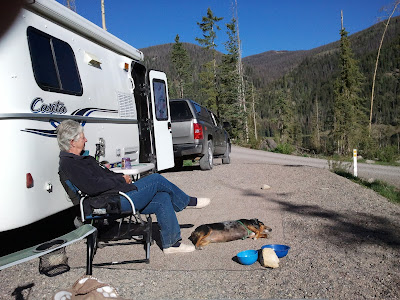 Her health begin to fail last Winter.  Kidney disease was an unexpected diagnosis.  We started her on a special diet, which she hated.  As each month passed she became more withdrawn, spending most of each day sleeping.  She wouldn't eat unless it was something we prepared for her.  Scrambled eggs or boiled chicken.  Foods the vet said she didn't need. 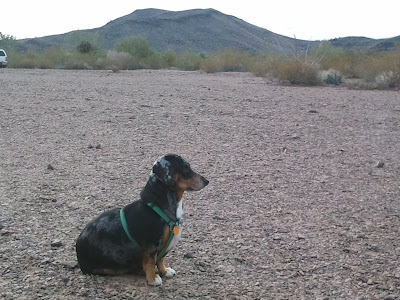 As we prepared for the Kansas gathering after Labor Day, she moved to her favorite spot.  Halfway between the house and the Casita, monitoring the movements as Wanda loaded the trailer.  Though she could hardly get around, she wasn't going to be left behind.  We asked our vet for a letter for the road, just in case the time came. We made it to Kansas, and we all had a good time, though she was failing fast.  We left Kansas and headed for Craig, Colorado.  My brother has a cabin in the mountains, there.  We arrived on Saturday, the 18th.  On Tuesday morning about 2AM she woke me up.  Staring me in the eyes, she let me know it was time. 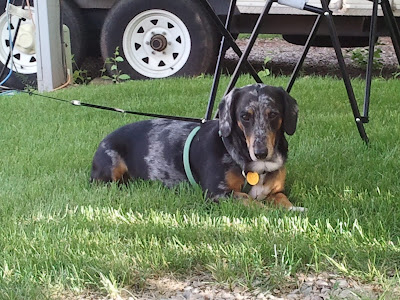 I called a vets office in Craig that was recommended by a friend.  They listened to my story and said to bring her in.  The vet came to the truck, petted her, and gave her a sedative.  We talked to her while rubbing her head as she became sleepy.  Thirty minutes later she was sound asleep as the vet administered the shot.  She was gone. 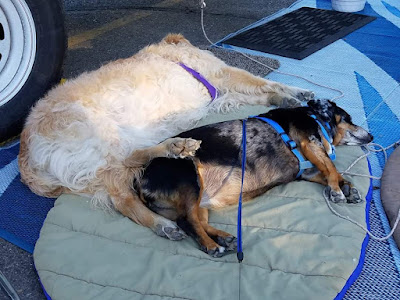 We carried her back up the mountain.  I had dug a grave beneath two Aspen trees.  She now rests there for eternity, in one of her favorite places to roam. 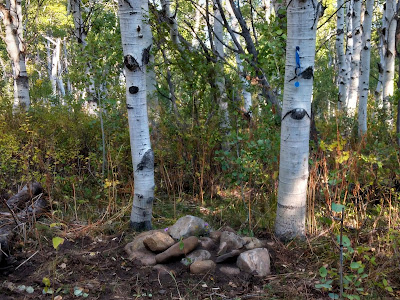 I'm sure we will get to the point of not looking for her, but I checked that back seat numerous times on the way home.  Though she's gone, it will be a long time before she's forgotten 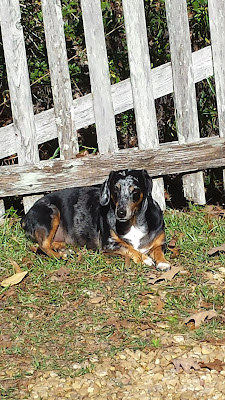 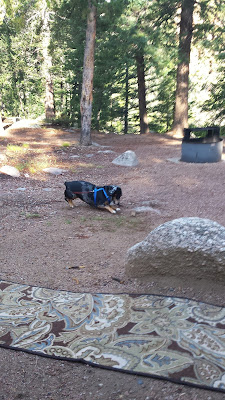 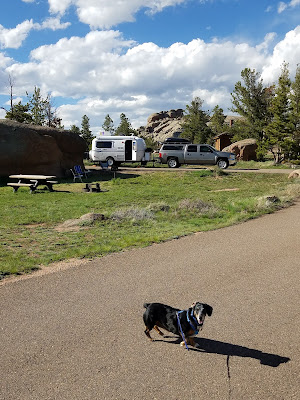 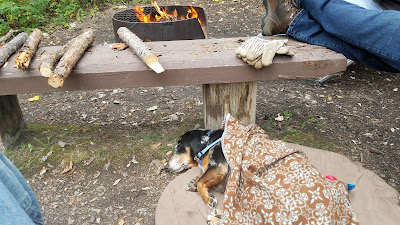 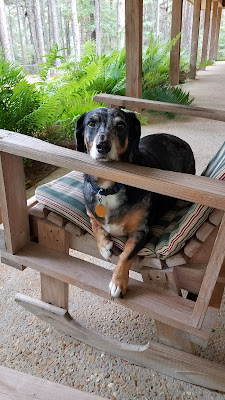 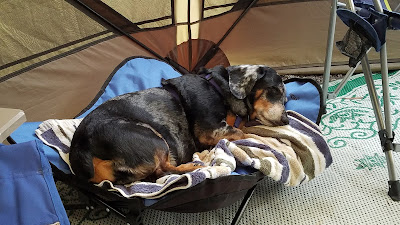 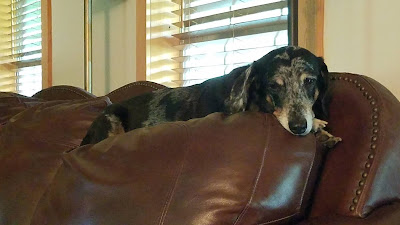 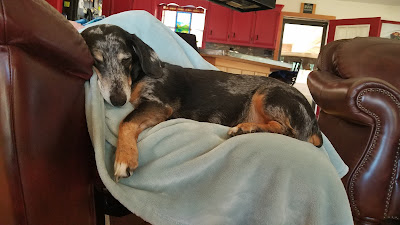