What Have We been Doing?

Very Little, comparatively speaking.  After spending four months on the way to, visiting in, and returning from Alaska, we were having withdrawal issues. 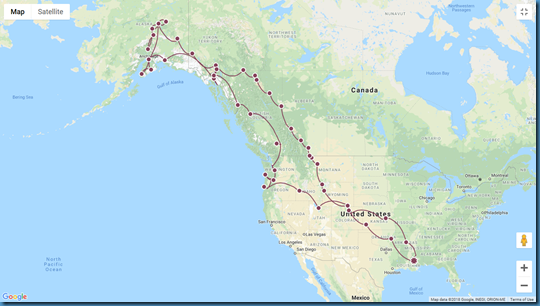 It only took a week to get the routine doctor’s and dentist’s visits behind us.  Our neighbor had done a great job keeping up our yard, so I had little to do to get it back in shape.  Catching up with family was also a priority, and we had that behind us within the first couple of weeks.

Back in October of 2017, we had made reservations for Vogel state park in northern Georgia for the last week of October, 2018.  We debated whether we should go or not.  The Great Mississippi River Balloon Races were scheduled for the weekend before, and we hadn’t attended for a couple of years.  We decided to head for Natchez.  The balloons flew on Friday morning, but that was it for the weekend.  High winds(over 15 mph), and balloons don’t do well together. 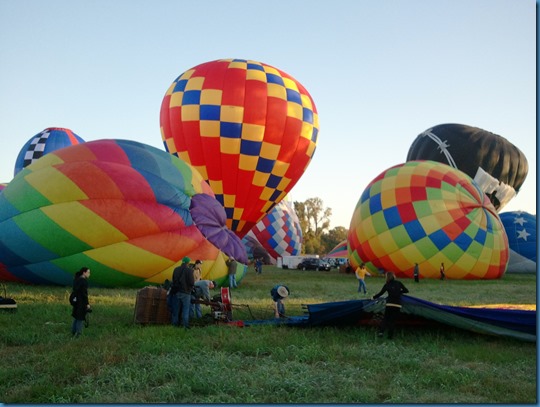 With the ballons being a bust, we said what the heck.  Let’s go the Georgia.  We stopped for a night in Gadsden, Alabama.  We have driven through Gadsden for years.  Always seeing a sign for Noccalulla Falls, but never knowing there was a campground there.  What a surprise it was. 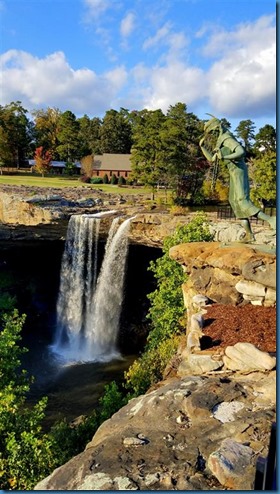 A city park consisting of many acres of hiking trails, a zoo, a campground, a train ride, and much more, surrounding a beautiful waterfall.  The falls are named after a Cherokee Indian princess. The story being that her father promised her in marriage to a Creek chief as part of a trade deal.  Rather than be forced to leave her people, she jumped to her death from the falls. 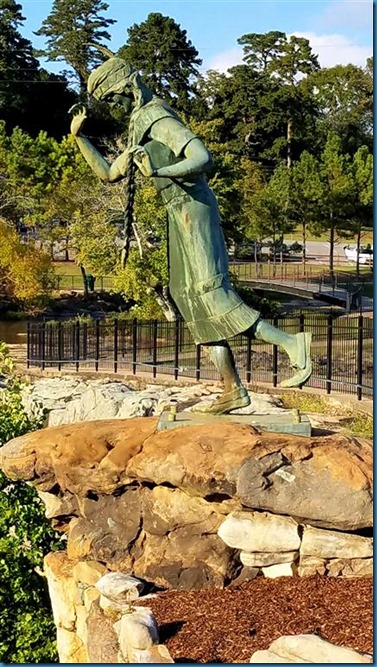 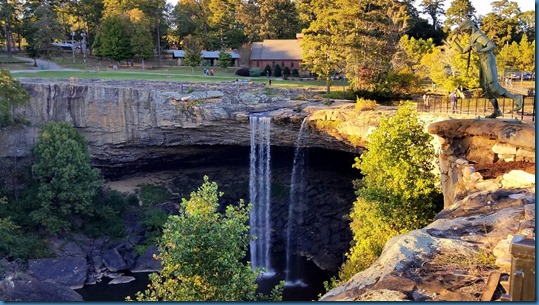 The following day found us at Vogel State Park near Blairsville, Georgia.  We met a few friends there for the week.  I never took either of my “cameras” out of their cases.  I can’t seem to get back in the habit of packing a camera around.  It’s most always a phone snapshot, nowadays.  One morning we had a pancake breakfast provided by friends. 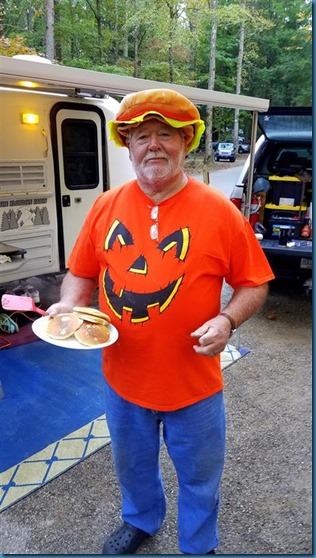 Another day found us standing in line for BBQ.  Some of the best ribs I’ve erer eaten. 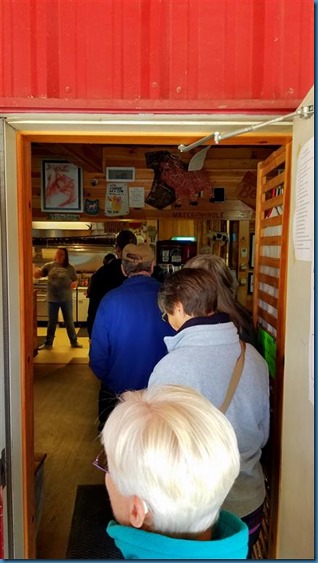 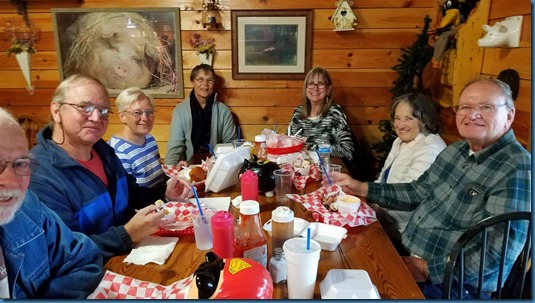 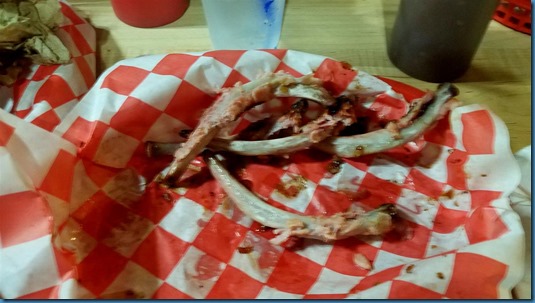 It was a beautiful area in the North Georgia mountains, but Fall was just arriving and most of the leaves were still green.  We did a lot of back country riding.  Visited the John C. Campbell Fok School in nearby Brasstown, North Carolina.  A fascinating place providing instruction in many traditional arts and crafts.

We also stumbled upon the largest gun store I’ve ever seen.  Located miles out in the country,  It was an amazing collection of all types of firearms and ammunition.  It was just a part of a larger business that handled all kinds of high quality goods such as clothing, shoes and boots, furniture, and appliances. 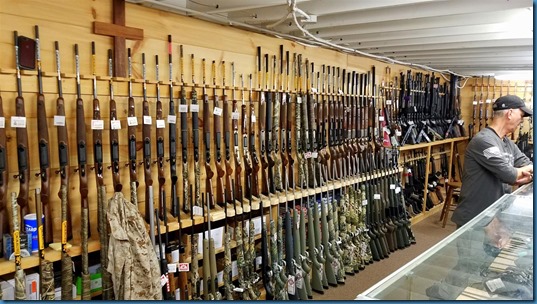 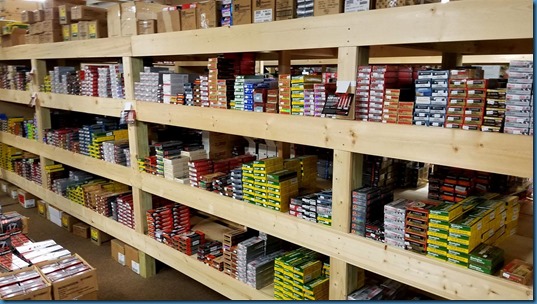 We had a great few days visiting with friends before the rain moved in.  After the second day of mostly non-stop showers we headed home.

Sally was also feeling a little down.  After a summer of seeing and smelling all those critters in Alaska, she found her yard boring. One day she received a piece of personal mail.  Though she was a little spooked to begin with, she’s now eagerly awaiting some cold weather to wear her new duds.  Thanks, Gail. 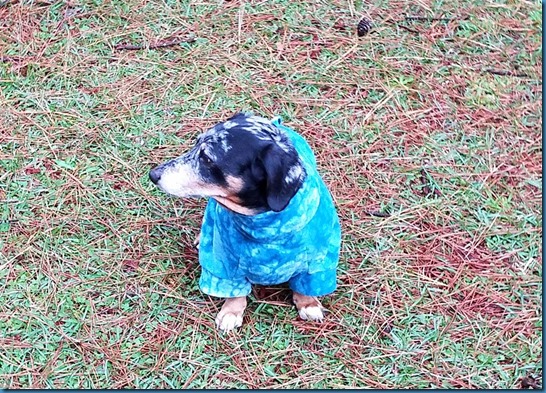 For the Month of November, it’s been routine.  I had to replace a defective converter in the Casita, and I replaced the wheel bearings as a precaution.  A little yard work between the rainy days.  Birthdays for the two of us, as well as a number of other family members.  I did help my brother convert a school bus into a camper to take to the deer camp.  We installed a water tank and plumbing, created a bathroom, built bunks, and added a couple of futons.  We drove it to the woods of North Mississippi last Wednesday, and built a temporary deck out front. 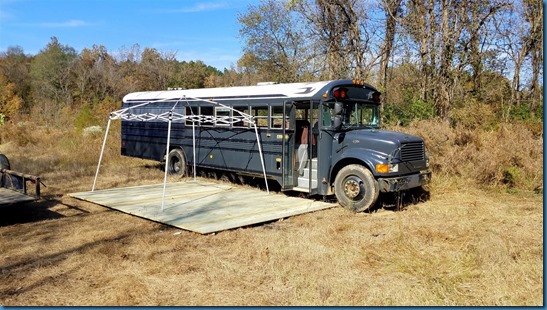 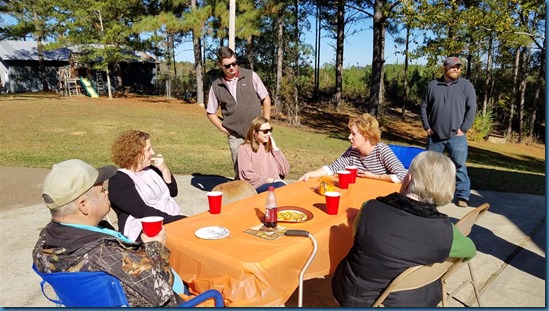 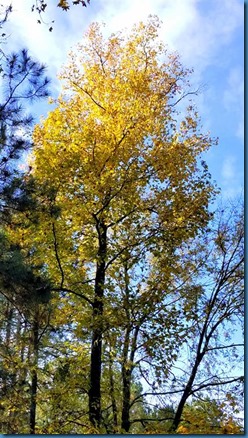 January will be here before we know it.  The Western US is calling my name…jc