We departed Yellowstone before 7 AM on Sunday, August 9th.  Two days before our scheduled departure date.  Yellowstone wasn't a fun place to be for us.

Our destination was Gros Ventre campground in Grand Teton national park.  We had been advised by a friend to get there early if we wanted to secure a site.  We pulled in shortly after 9 AM and were sixth or seventh in line.  After a short wait we were assigned a site.  A perfect match for us.  A paved back-in, morning through mid-day sun, evening shade, room for the Clam, etc.  We had friends already there from Florida, Kentucky, and Tennessee.  We spent eight wonderful days doing little but cruising the backroads and visiting with our friends.  We saw Elk, a grizzly with cubs, moose and deer in the campground, and numerous smaller animals.  The Tetons were crowded also, with the campground filling each day by noon.  We went to Jackson twice for groceries, and traffic there was unbelievable for that small town.  Temperatures there were from the 40's to mid 70's.

From the Teton's, we dropped down to Craig, Colorado for a couple of days.  My brother and nephew were doing some real estate dealings there, and needed a third opinion.  It's alway fun to spend someone elses money.

Then it was on to the summit of Rabit Ears Pass, East of Steamboat Springs, Colorado.  We lucked out again and managed to get a site in a NFS campground named Demont Lake.  Elevation 9500 feet.  A beautiful Alpine landscape.  We spent two nights there while I did a little hiking.

From there we moved South of I-70, and found ourselves seeing smoke in all directions from the forest fires.  We spent three nights along the Taylor River north of Gunnison, then moved to Black Canyon of the Gunnison NP for two more nights.  Smoke concealed the mountains and filled Black Canyon.
While in the Gunnison area, we had a change of plans.  We were tired of the smoke, and checked our options.  Capitol Reef NP is one of our most favorite places in all the West.  The campground there is now all reservation, but we got lucky and reserved two nights there.  We were able to add a third by switching sites after the second day.  We have always wanted to visit when some of the fruit was ripe for picking.  Only a pear orchard was open, but we picked a couple of pounds.  Donations of $1.00 per pound requested.

We met some friends from home while there, and showed them some of the beautiful back country surrounding the park.  I'm not sure I'll ever get all the dust from the cab of my truck.
We had originally planed to be gone from home till after Labor Day, but while at Capitol Reef we both decided that it was time to go.  There wasn't any other locations that we desired to visit.  We spent Saturday night, the 29th, in Blanding, Utah. From there it was Del Norte, CO; Lakin, KS;  Joplin, MO;  Little Rock, AR; and home.

Some pictures are included below, but thanks to Blogger, they're in no particular order. 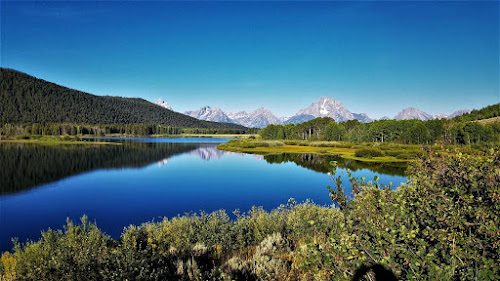 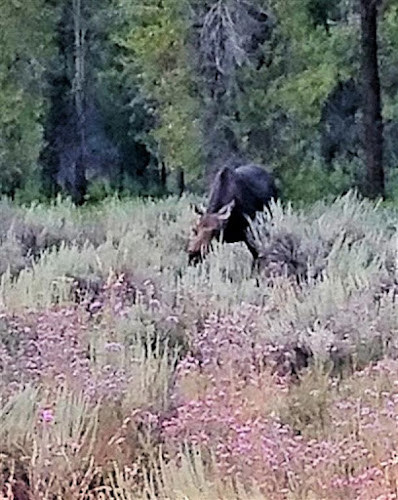 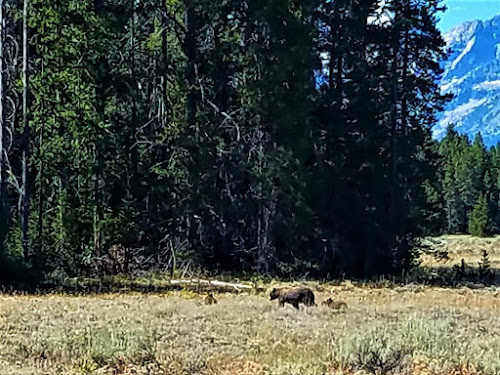 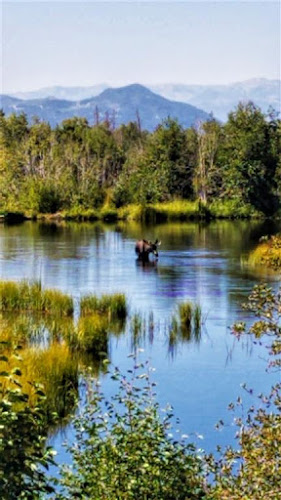 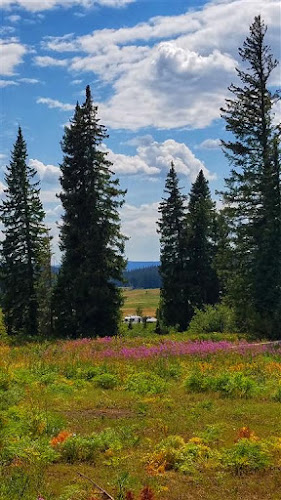 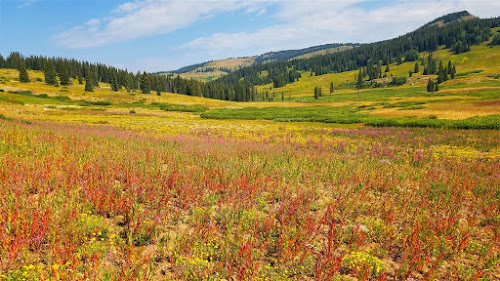 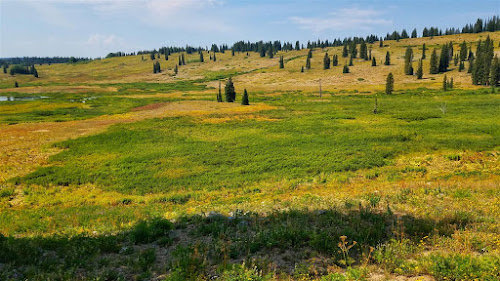 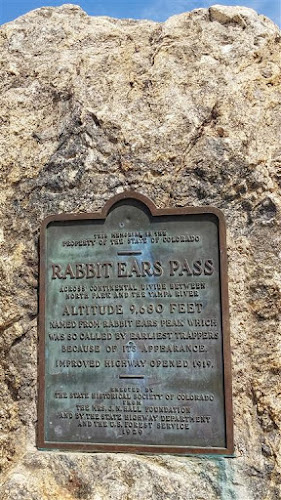 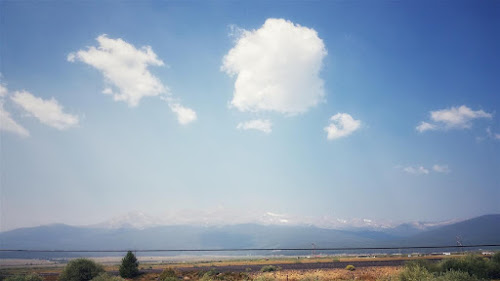 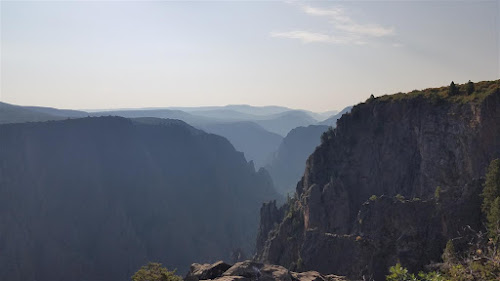 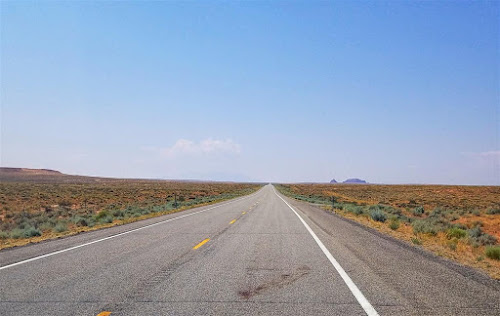 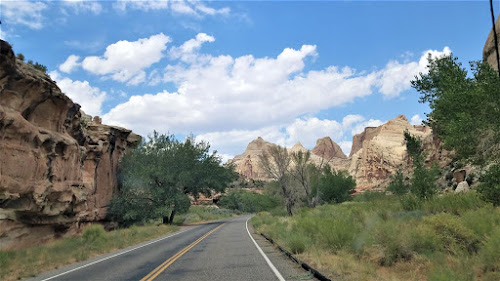 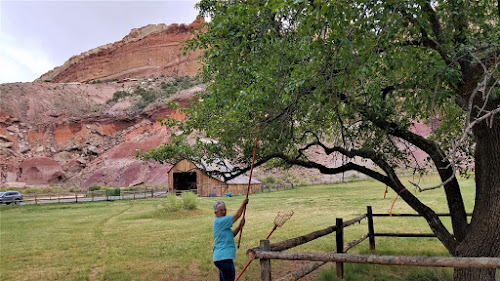 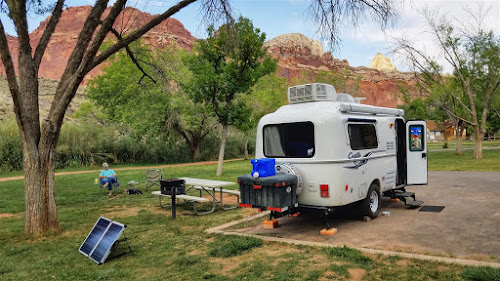 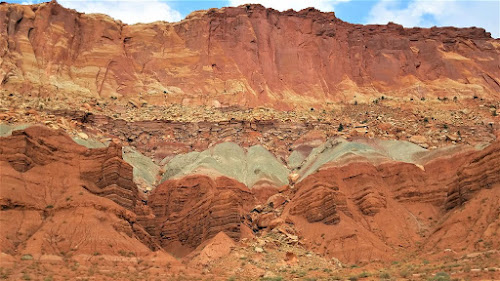 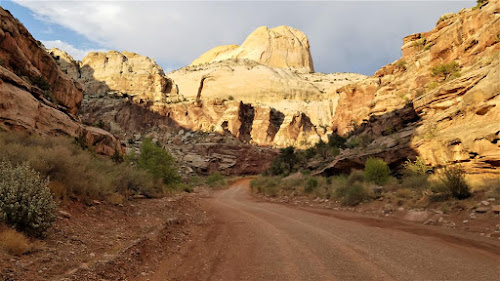 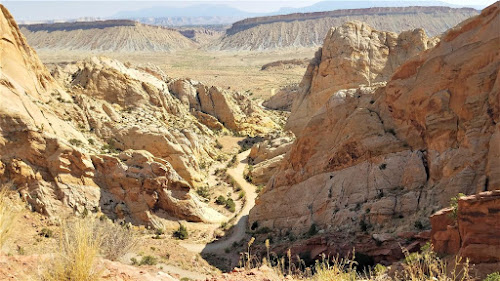 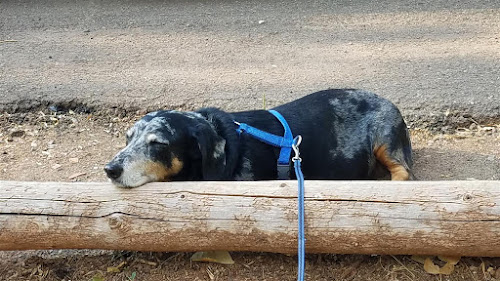 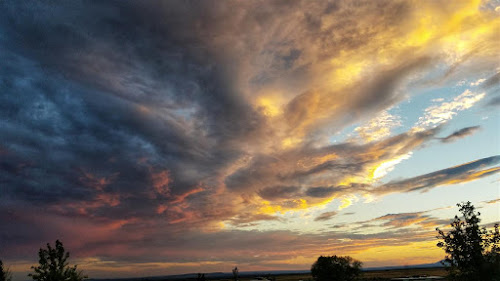 Spent today cleaning the trailer inside and out, and unloading the truck.  94 degrees and 57% humidity.  We're still glad to be home......jc