Following the wedding weekend, we enjoyed having my cousin and his wife with us for Thanksgiving week.  Though he grew up in Baton Rouge, and I was the “country cousin”, we have always been more like brothers than cousins.  We drank that first beer, and smoked that first cigarette, together.  That, along with all the other things boys in the late fifties/early sixties, could get into.  There were a lot of “remember when” stories throughout the week.

Shortly after their departure last Friday morning, Wanda said she was tired and going to lay down for a short time.  Little did we know that she had the beginning of the Flu.  We have gotten the flu shot every year for the past 15-20 years.  This year was no different, and we had ours the first of October.  It made little difference.  She has been pretty much bed-ridden since Monday.  A trip to the doctor got her the usual meds, but not much relief from the symptoms.  Hopefully, she will begin a recovery within the next day or so.

As for me, I’m trying to be the best nurse, housekeeper, grocery shopper, etc; that I can.

After all my chores were done for today, I went for a short walk down our lane.  Our neighbor has one of the last little patches of hardwood timber in our area.  Most all other  areas of hardwoods have been cut, poisoned, or just chopped up, to make more room for growing pine trees. So sad.

It was a beautiful afternoon.  November 30th; and most of the trees still have their leaves. 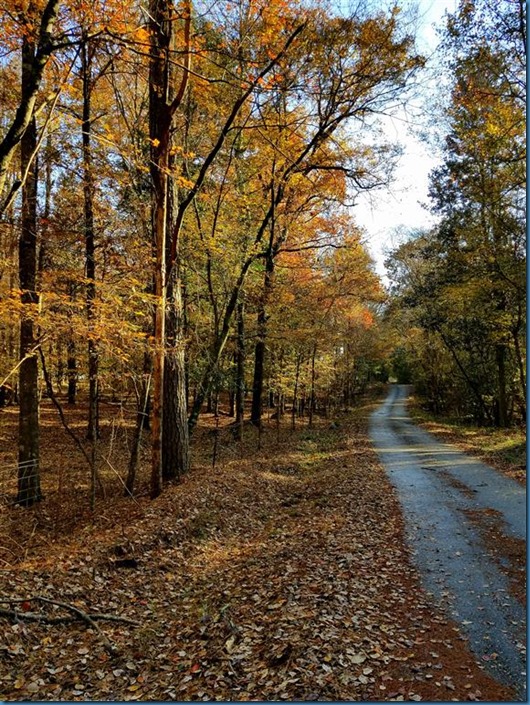 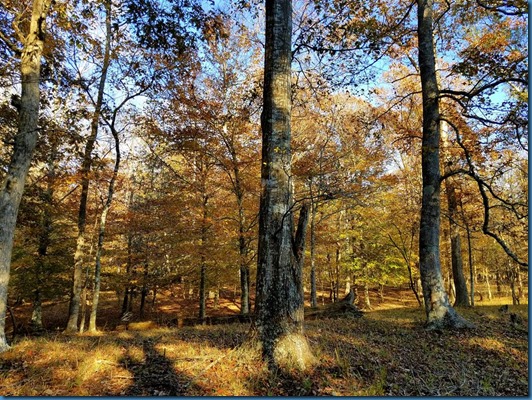 That was one of the things my cousin and I talked about.  When we were kids, there was hardly a leaf on a tree by Thanksgiving Day. We would chase squirrels and rabbits with a feist dog, running through the woods on frozen feet encased in wet tennis shoes. We never had a problem spotting that treed squirrel way up in the top of a hickory tree.  I don’t know the reason, or the cure, for global warming.  But I’m confinced it’s real. 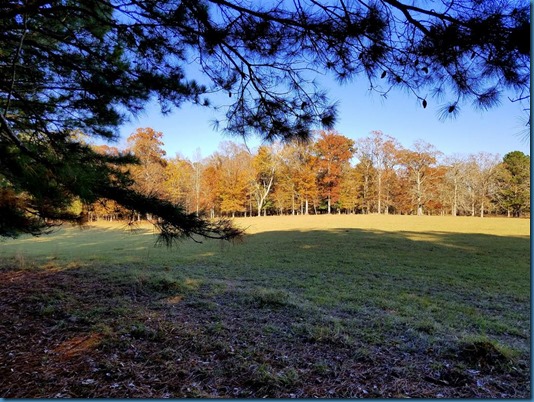 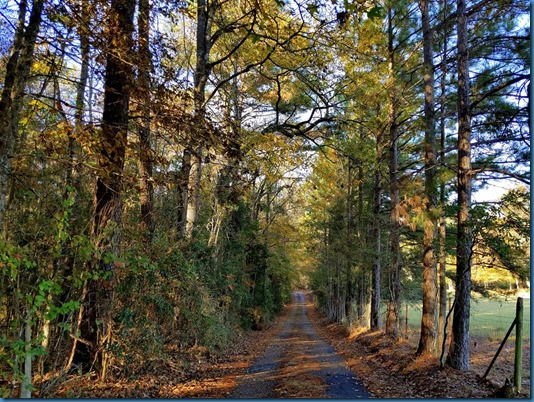 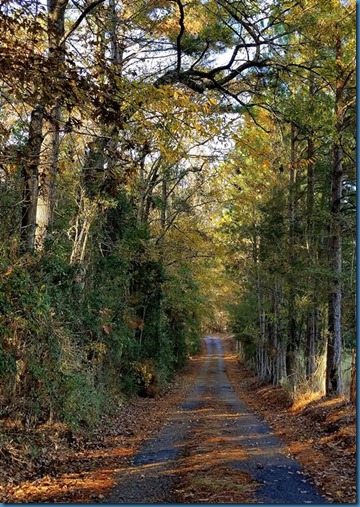 Despite the sickness this week, there’s a lot of planning going on for our 2018 travels.  January and February is mostly done.  A big fiberglass rally in March, then home for a couple of months.  Then, maybe, the trip of a lifetime.  We’ll see. 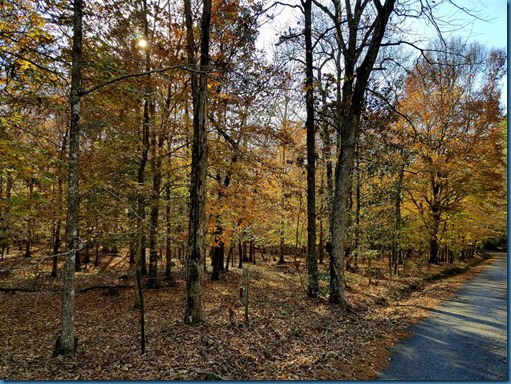 That’s enough ramblings for now.  I hope everyone had a wonderful Thanksgiving.  Just keeping my fingers crossed that I dodge the flu……jc