Before leaving Talkeetna, friends wanted to do breakfast at the Roadhouse after listening to us talk about it.  So, after a little arm twisting(not), we agreed to go back again. 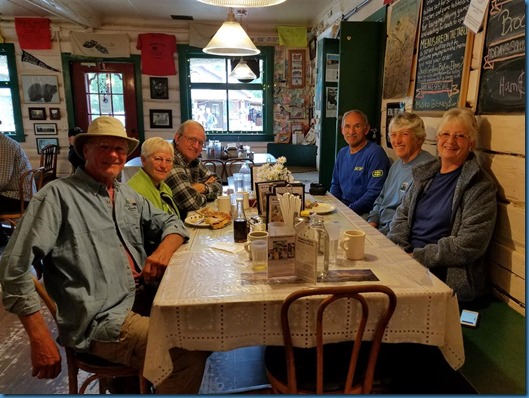 Wanda even had the same seat as Adam, of Travel Channel fame.  She did not try to meet his challenge. 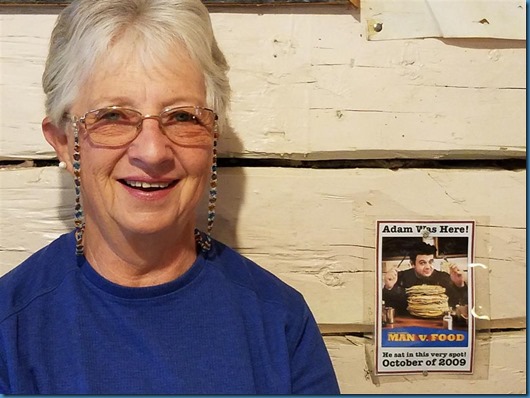 Another friend sent me an email that she had found the ultimate roadside camp.  A huge gravel area near Cantwell that backed up to a very large Beaver pond and dam.   As we were on our way back North for Denali, we planned a stop there.  Other Casita friends had gotten the same message, so we had a mini rally.  Called it the First Beaver Dam Gathering. 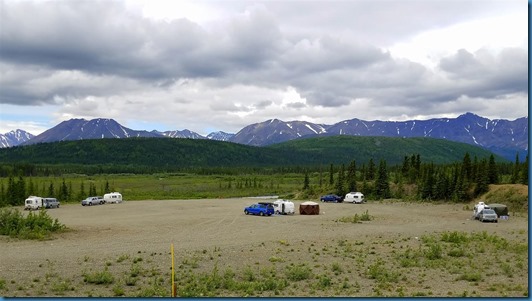 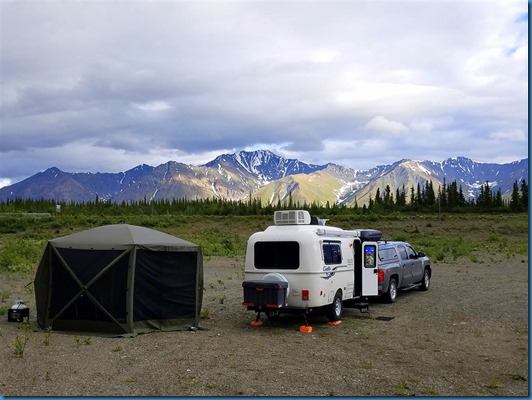 The beavers were active, and apparently not affected by our presence. 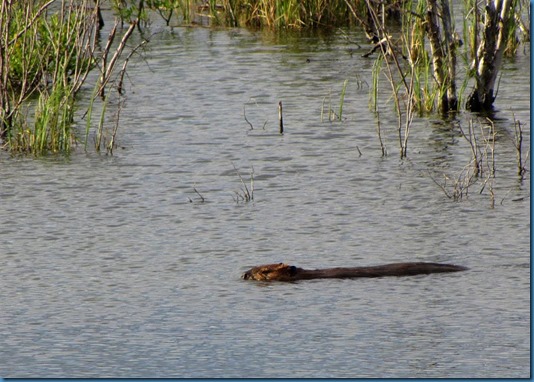 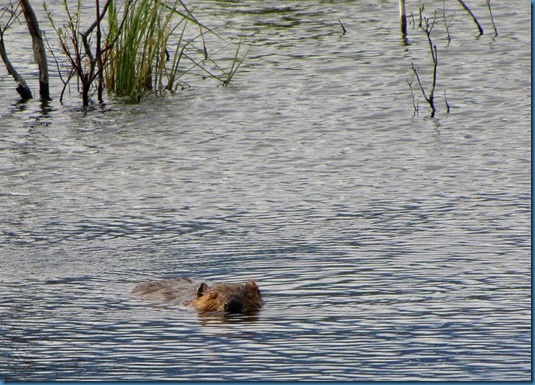 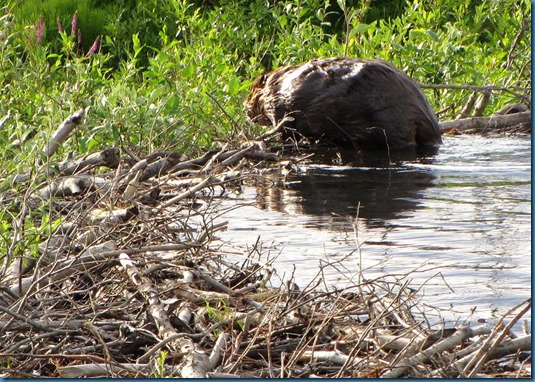 Saturday was a mix of sun and rain.  We spent most of th morning in the Clam.  Some enjoying breakfast more than others. 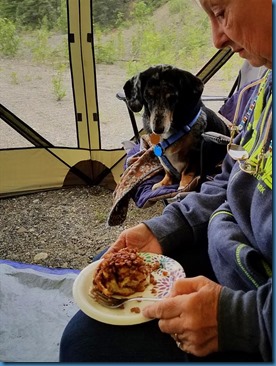 While out for a walk, I stumbled upon the most unusual cemetery I’ve ever seen.  I assume the covers are to protect the graves from predators, as the bodies aren’t buried very deep due to the permafrost.  What I found unusual was all the pastel colors. 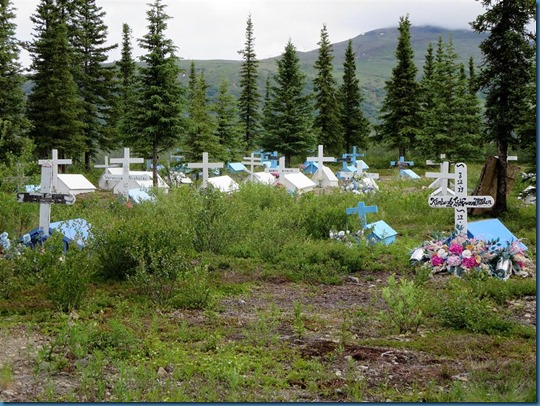 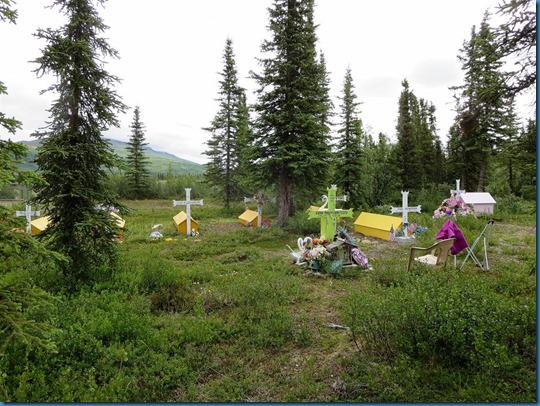 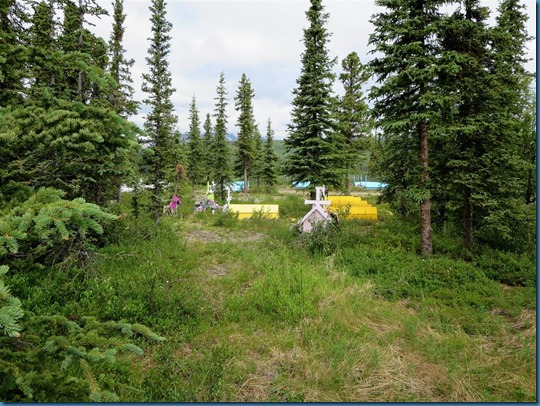 Saturday evening we were treated to another wonderful sight.  A double rainbow appeared. 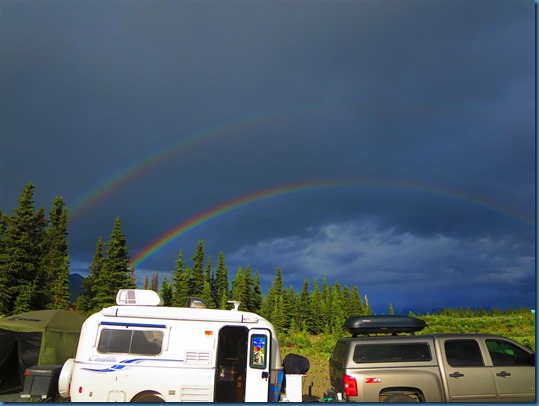 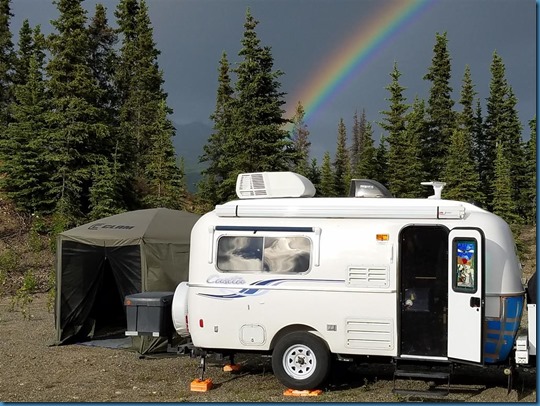 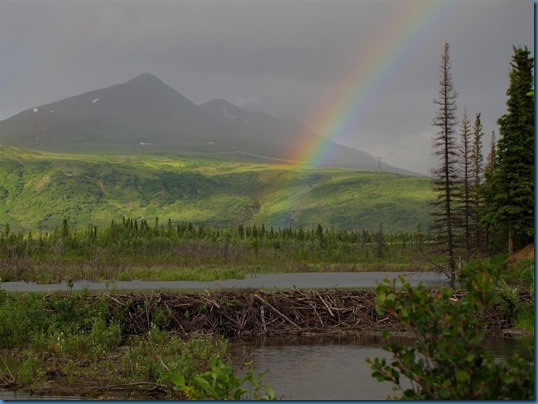 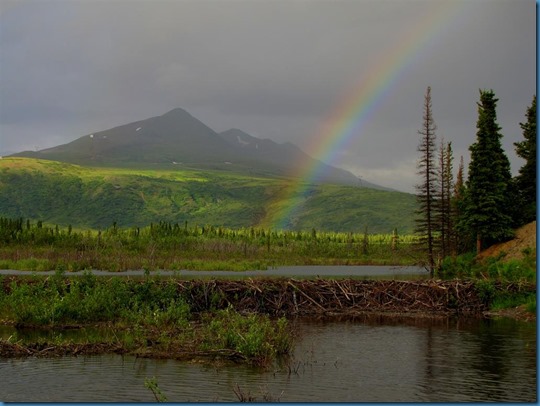 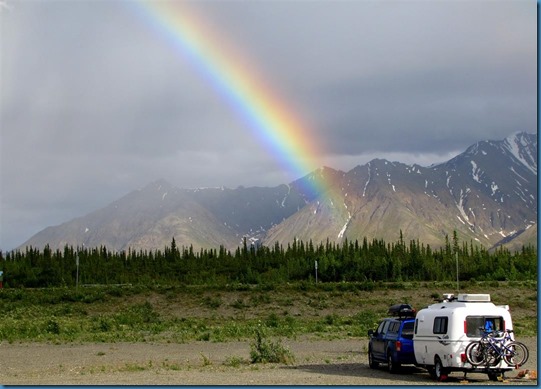 Not the Northern Lights, but still pretty amazing.

Sunday morning we made our way to Denali National Park, and got checked in.  Moose are on the loose. 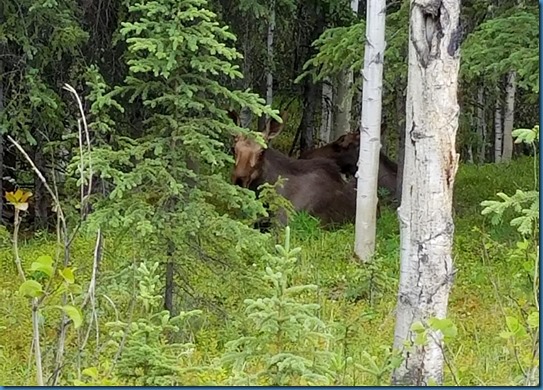 The rain followed us in, making it a dreary day.  Just right for simmering a pot of “red chicken” inside the Clam.  We heaped portions over spaghetti, and along with toasted garlic bread from the griddle, made ourselves miserable. 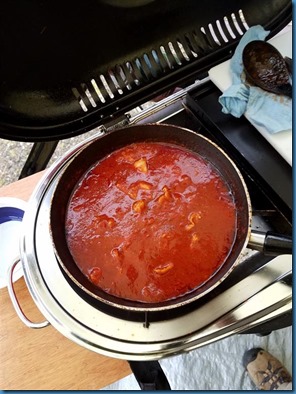 It was a good miserable, though, and the Clam still smells wonderful inside….jc