On the Western tip of Santa Rosa Island sits the remains of Fort Pickens.  In the early 1800’s, homeland security was a priority of the military.  As the Nation still feared invasion from other foreign countries, we constructed a number of forts to guard our harbors and shipyards.   Fort Pickens was the largest of four built to defend Pensacola and its Navy yard. 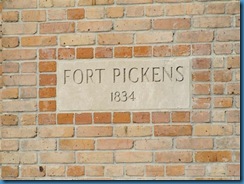 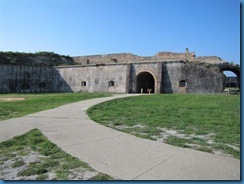 The fort was constructed from 1829-1834, using skilled slave labor.  The fort contains more than 21 million bricks, most of which were also made locally by slaves. 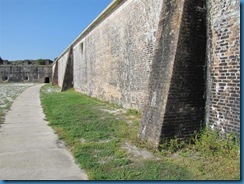 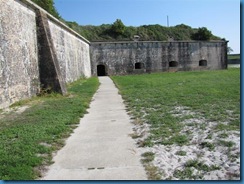 Fort Pickens was designed to have over 200 guns.  Not sure if it was ever fully armed but there were plenty of signs of where a number of them had been.  The lower level of the fort consisted of brick arch’s. Each one of the arch’s, or casements, contained a cannon of some sort.  The semicircles in the brick floor were made of granite to support the wheels of the carriage on the cannon as they were rotated. 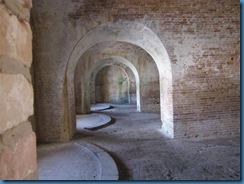 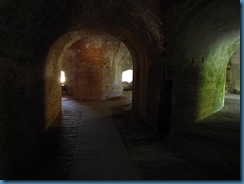 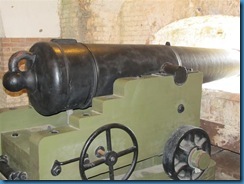 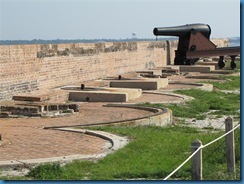 The only time the guns were fired on an enemy force was during the Civil War.  Fort Pickens remained under Union control and shots were exchanged with Confederates on the mainland in the early months of the war.  The commander of the Confederate force at the time happened to be the same gentleman that was in charge of construction of Fort Pickens 30+ years earlier. 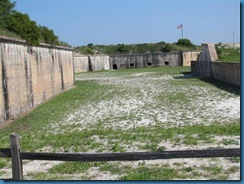 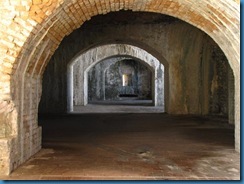 The fort was designed with quarters for enlisted and officers. There were powder magazines for black powder, and bastions on the corners that allowed the firing of the guns down along the walls.  Cisterns were built into the outer walls to collect rain water for drinking. How would you  like to drink water stored here? 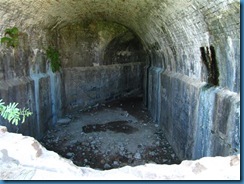 The brickwork was amazing in its form and also its function. There were arch’s within arch’s to better distribute the weight of the structure.  That something this large could be constructed upon a sand spit and still be in around nearly 200 years later is a testament to those that built it. 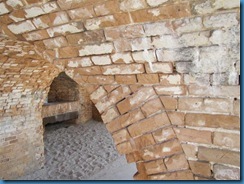 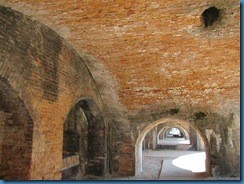 There is a large gap in the wall of the fort where the Northwest bastion used to be.  A powder magazine located beneath the bastion containing 8000 lb.s  of black powder exploded in 1899, totally destroying that part of the fort and hurling debris for miles. 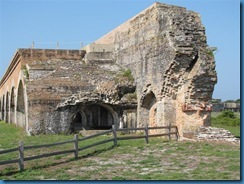 As you walk the brick floors and climb the steps that show the wear of thousands of feet, it’s easy to let your mind wander back. 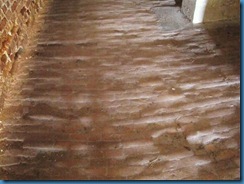 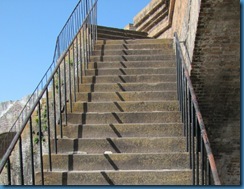 You think of those who struggled here during the construction.  You think of those that served here, as well as those imprisoned such as the Apache Indians and their warrior leader Geronimo, during the Indian wars.  Never in their wildest dreams or imagination could they fathom that one day in the future, a guy would be walking around taking photo’s of this old fort near its 178th birthday.  Bet they also never dreamed of anything like this screaming through the skies over the fort at 600 MPH!!......jc 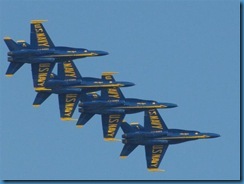