Our Baby has no Shoes! 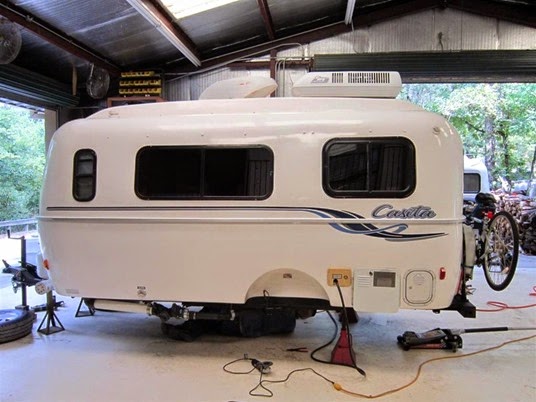 We left home Monday morning around 11 AM.  Planned destination was one of Judy’s favorite stops along I-49. A passport America park in Ajax, Louisiana.  We made such good time through Natchez and Alexandria that we arrived there around 3 PM.  Temperature was 99*.  I asked Wanda to contact a friend of ours a few more hours up the road to see if she had a spot for us.  The answer was in the affirmative, so we continued on to near Quitman Texas.

We had an appointment at Little House Customs for a major mod on the Casita, so on Tuesday morning we arrived bright and early.  Our 2002 model had the standard axle with fourteen inch tires.  Nothing wrong with setup at all. The problem that has evolved the past twelve years is finding quality tires in that size.  I gave up on the standard trailer tires, and run European light truck tires.  They are the only tires available in the fourteen inch size, and load range “D”.  They are now becoming very hard to find as the demand for fourteen inch tires of any kind has diminished considerably.

I needed to move to fifteen inch tires which should not have been a problem, but Casita spotted the shell of our trailer just a bit too much toward the back of the frame.  Fifteen inch tires rubbed the inside of the wheel well when the suspension bottomed out.  The only option was to move the axle back.  So that’s what we were here for. 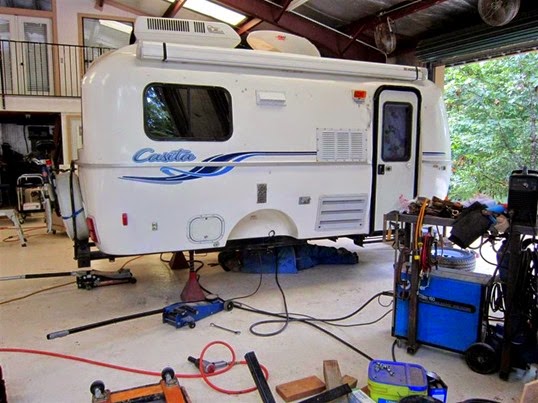 Rather than just move the old one, we had Larry install a new high-lift axle.  Plenty of room now for those fifteen, or even sixteen inch tires.  While Larry was so hard at work, he had Barney entertaining the company. 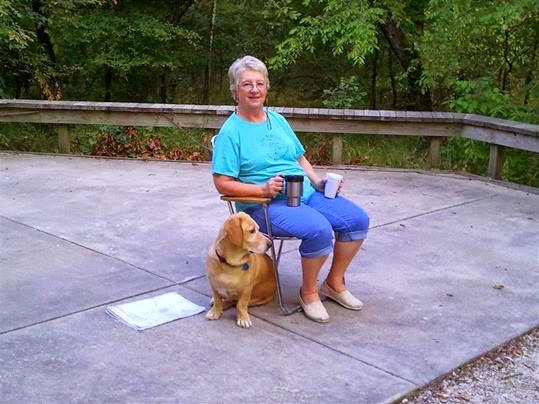 The job is all finished, now.  We are back at our friends home. 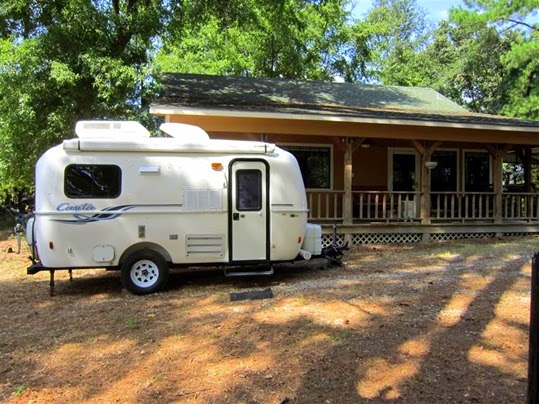 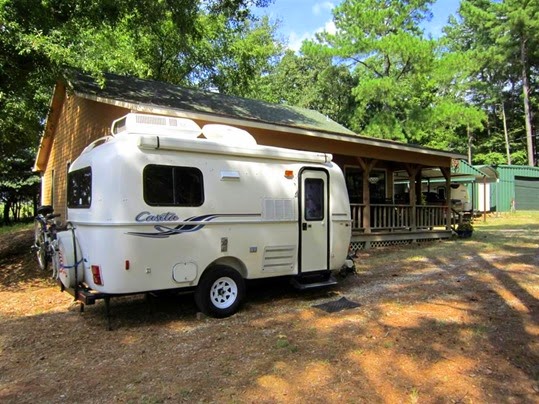 One of the many wonderful sites, provided by our wonderful friends. 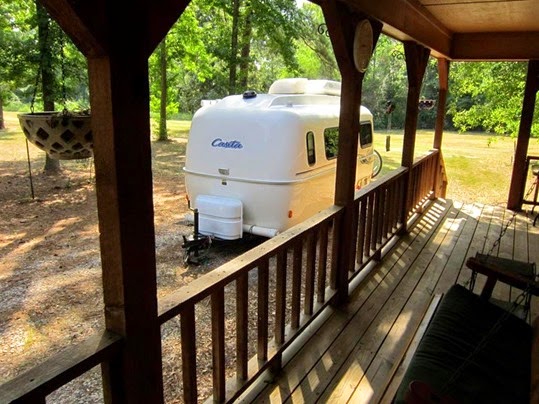