We have a Visitor

Though it has been almost eleven years since we lived in a residential neighborhood of our small city, we still get asked why we moved, and do we really like living out “there”.  Now, “there” isn’t but about five miles from Walmart, Lowe’s, and everything else one associates with city living; but one wouldn’t know that if they just “dropped” in.  We see more livestock; cows, goats, chickens, etc. each day than we do people.

This is one of the reasons we enjoy our “country living”.

I had noticed a hawk of some kind frequenting the area the last few days.  The neighbor was even keeping his chickens in their coop.  After seeing it leave from a tree in our yard a couple of times, I went to investigate. 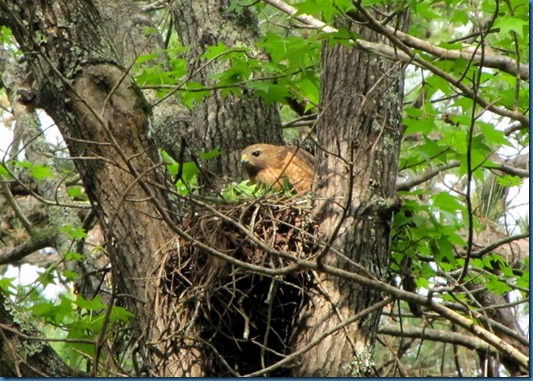 Proudly sitting in her nest.  I don’t have a clue as to the species.  She isn’t one of the larger ones, more medium size I would say.  Maybe Judy can tell from what little is shown, and will enlighten us. 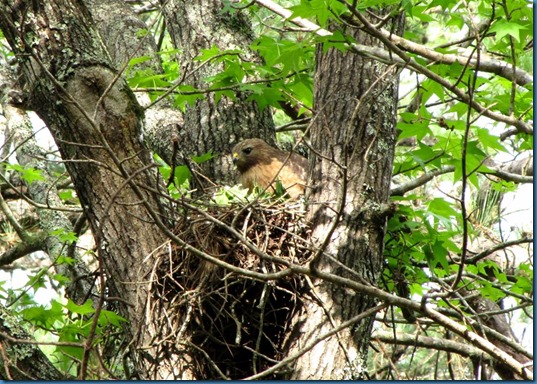 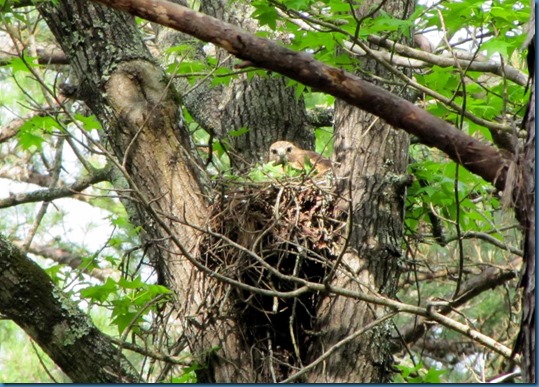 We’re hoping her eggs soon hatch, and we get a chance to see the young ones before we leave home for our next journey.  I think it would be great to watch her feeding her young, as well as seeing them fledge.  (intransitive verb:  to acquire the feathers necessary for flight or independent activity; also: to leave the nest after acquiring such feathers.)