Our last evening at Lake Havasu City was one of relaxing, and enjoying the views from the state park campground. 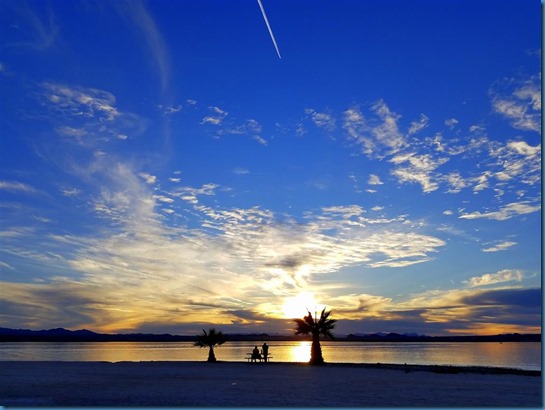 There were a lot of these guys zooming up and down the shoreline. 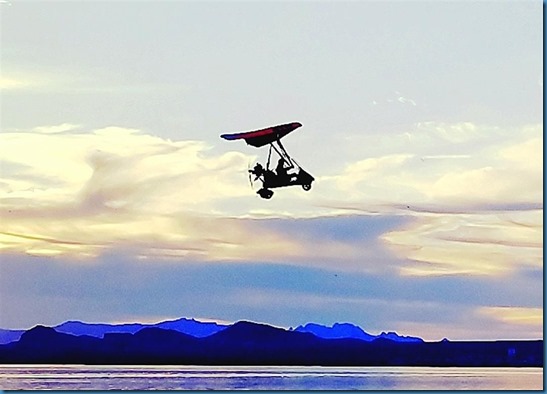 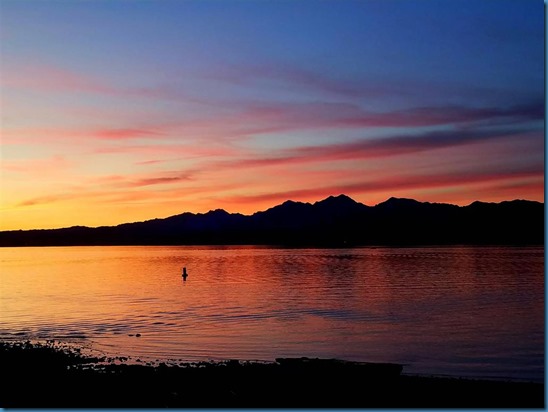 Thursday morning found us, along with two other couples, moving south to BlueWater Resort casino in Parker, AZ for the night.  We arrived early and grabbed three nice places in the parking lot. 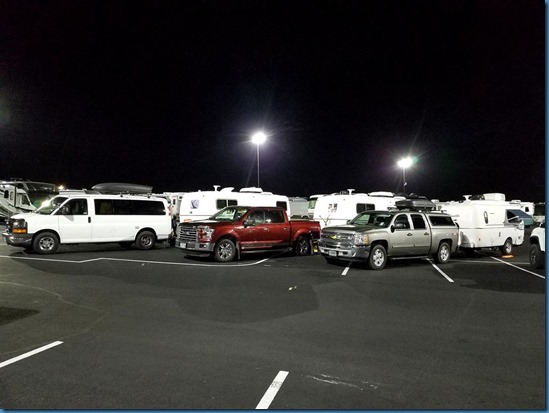 Little did we know that we arrived the day before the beginning of the “BlueWater Parker 425” offroad race.

Lots of interesting sights to see on Friday morning.  Too bad we had to leave before things really got started. 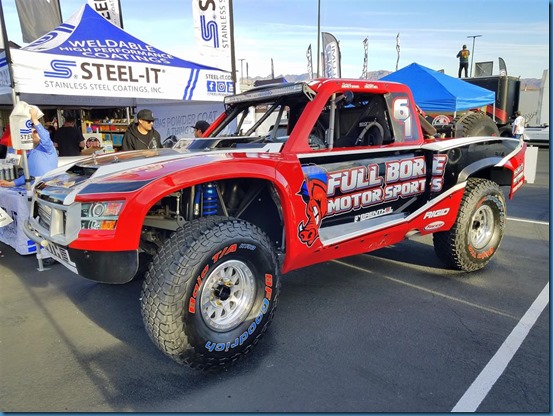 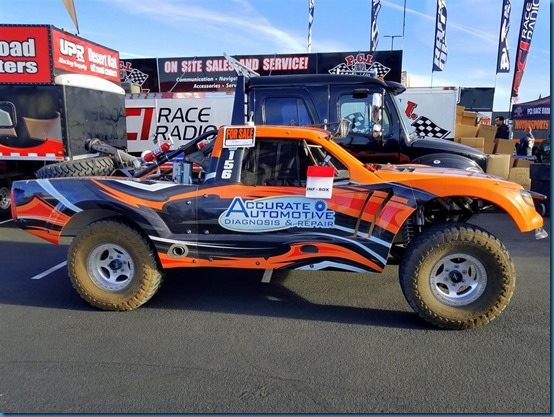 It’s not a cheap sport! 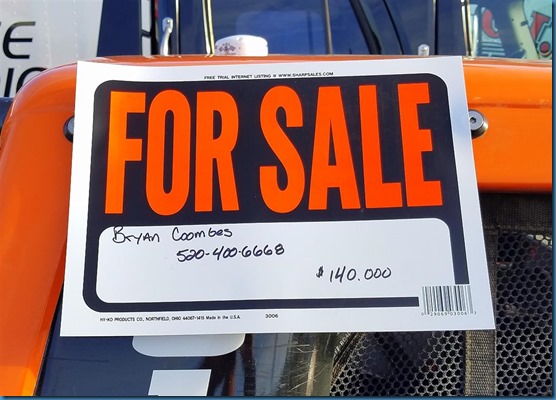 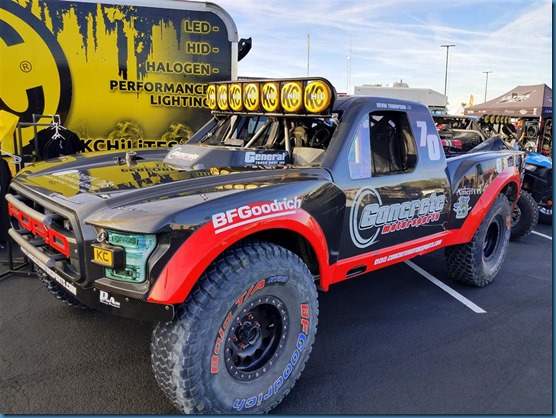 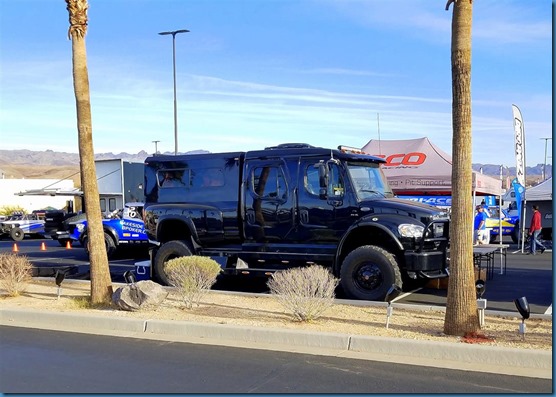 From there it was back to Dome Rock for the 2018 Fiberglass Gathering.  Somewhere in the neighborhood of 160 little white trailers which included Casitas, Scamps, Olivers, Escapes, Bigfoots, Burros, and a number of other brands not manufactured anymore. 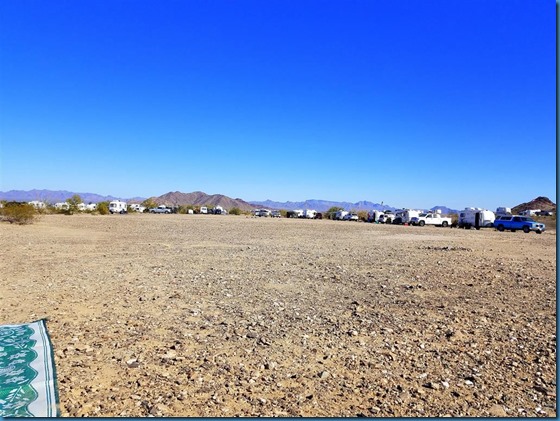 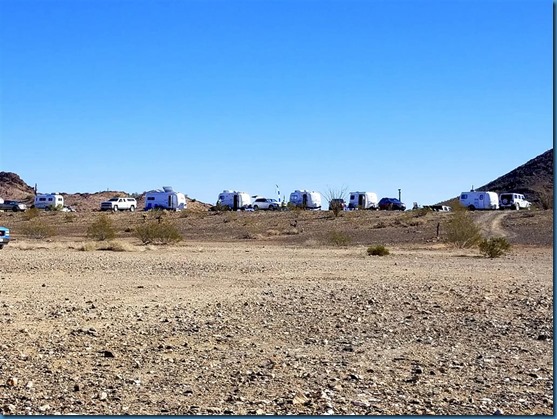 The Goodyear blimp was even spotted overhead, but I’m pretty sure it wasn’t there for us. 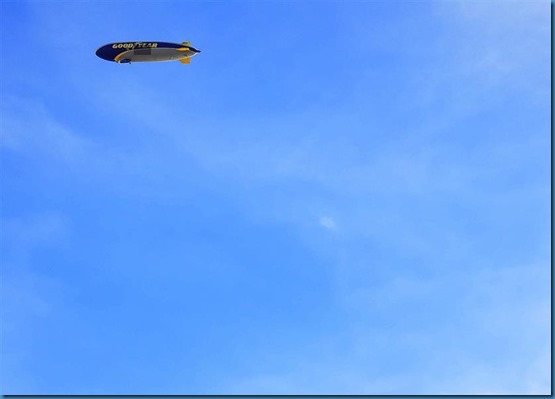 A group of us took a hike to Skull Cave in Kofa Wildlife Refuge one morning. 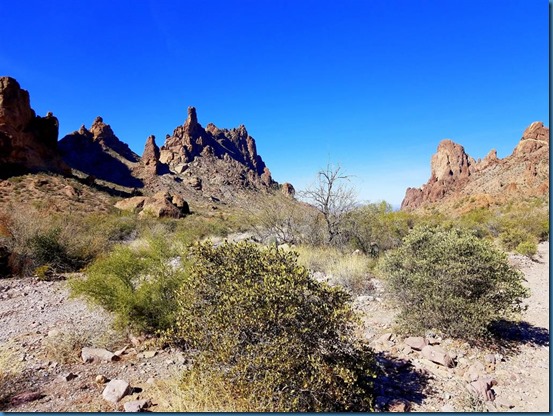 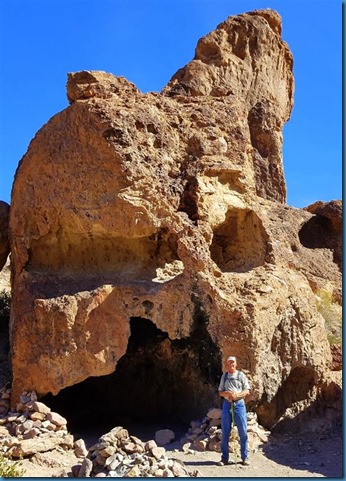 The most remarkable thing that happened during the gathering was on Saturday.  Each year there is a “ladderball” tournament.  Though Wanda and I have played the game, we didn’t sign up, but decided to go watch as we had some friends playing.  There were over twenty teams competing. 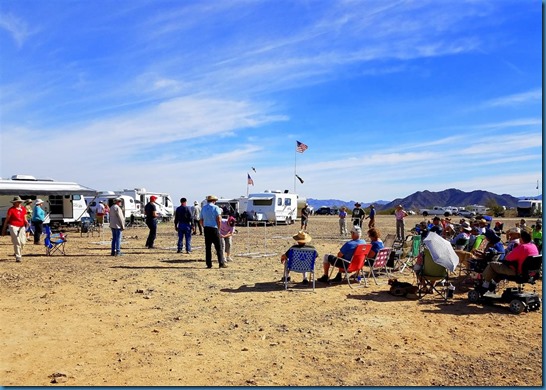 As the first round of competition came to an end, it was realized that there was an odd team that needed a competitor.  When the leaders asked if anyone else would like to play, we volunteered.  Short story is that we won that game, the quarter finals, the semi finals, and played for the Championship.  We WON the tournament. 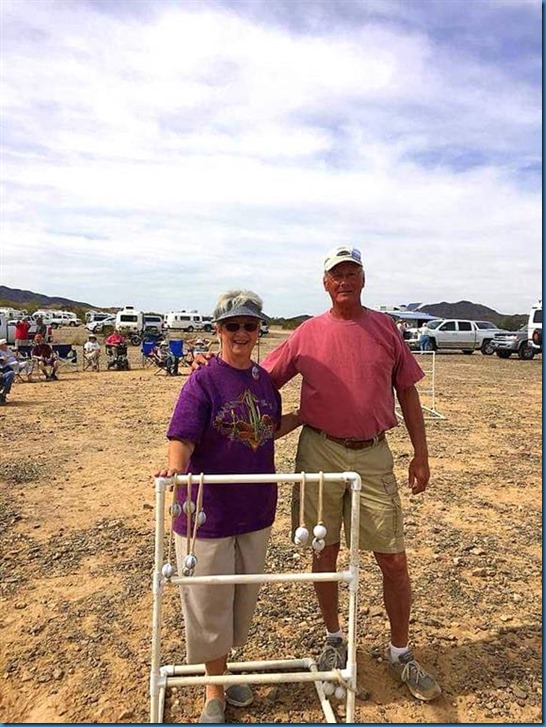 Our biggest cheerleader.  We couldn’t have done it without her.  Wanda’s shirt, and my hat were our prizes. 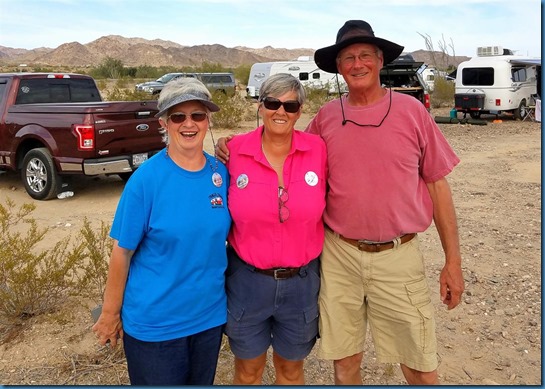 We spent the rest of the day visiting, and saying goodbye to friends.  We planned to leave Dome Rock on Sunday morning, heading back to Benson.

The last Quartzite sunset for 2018. 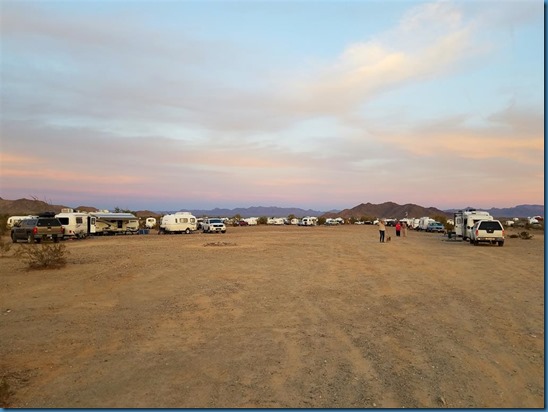 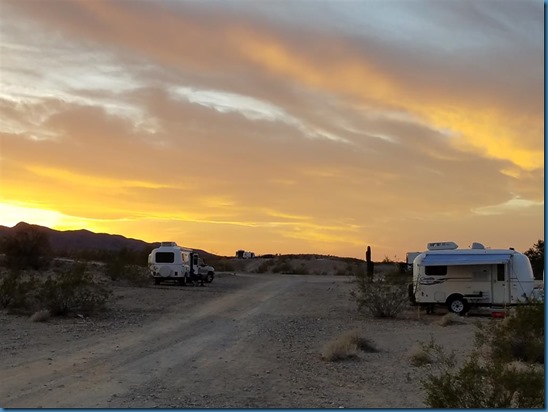 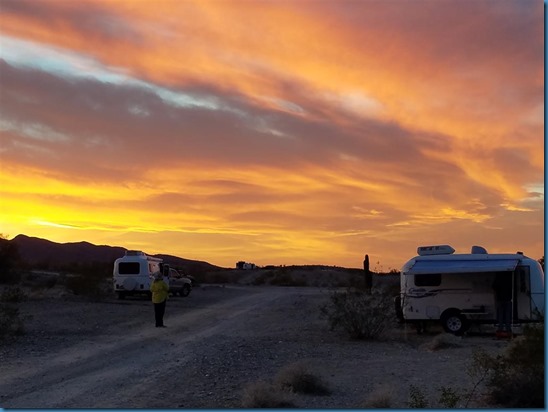 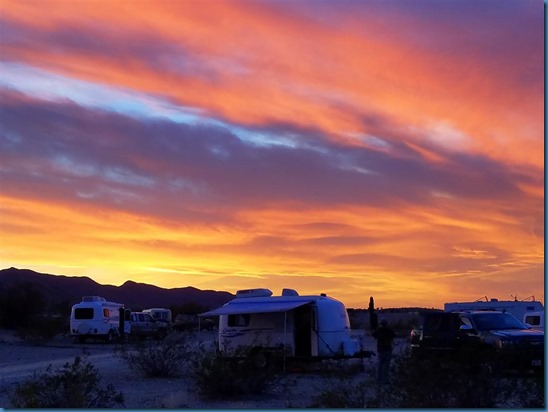