Back on the Trinity 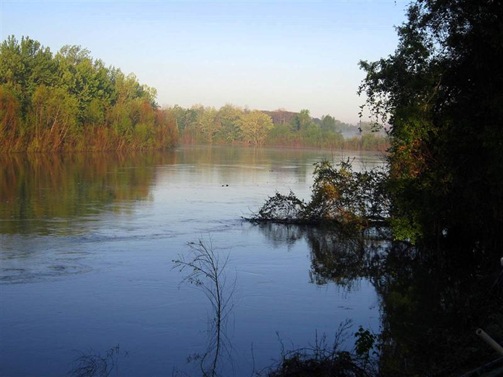 Received the phone call on Saturday.  All the rain in East Texas the earlier part of last week had filled up Lake Livingston. That means the flow of the Trinity River was about to be increased, which results in rising river levels and good fishing opportunities.  Nothing to do but load up and head for Texas.
Monday morning found us on the river. 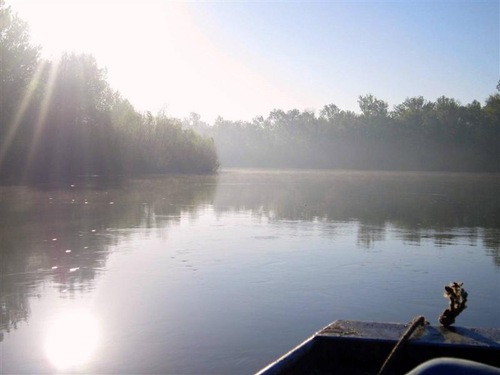 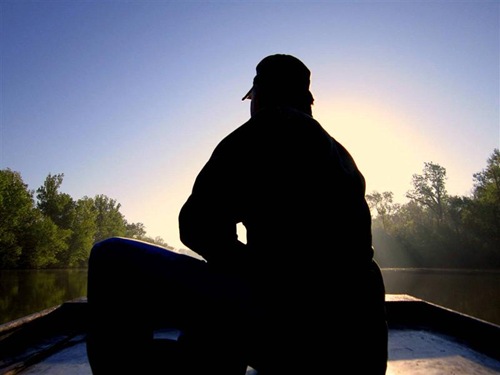 It was a beautiful day.  Mist rising from the river.  Birds fishing along the bank. The river was about 10 ft. above normal level and running pretty swift. 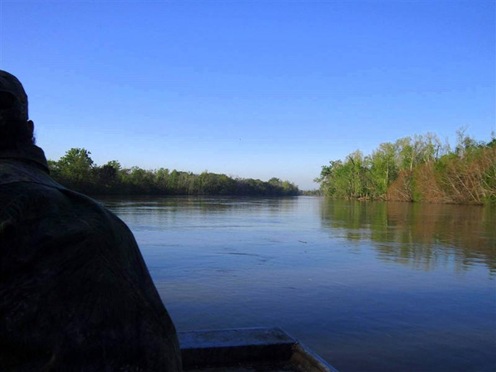 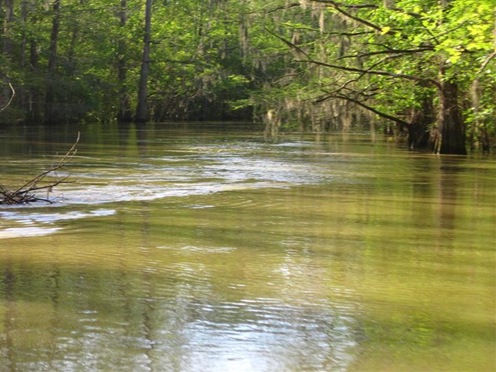 We worked our way back along some channels to a small lake which was filling with backwater.  The cousin had put some lines in here the day before.  We were expecting to pick up some fine fish which had followed the rising waters back into the cypress trees. 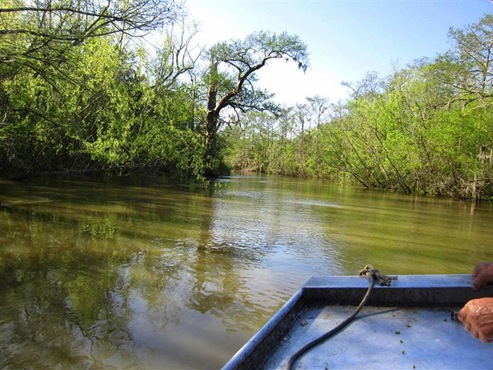 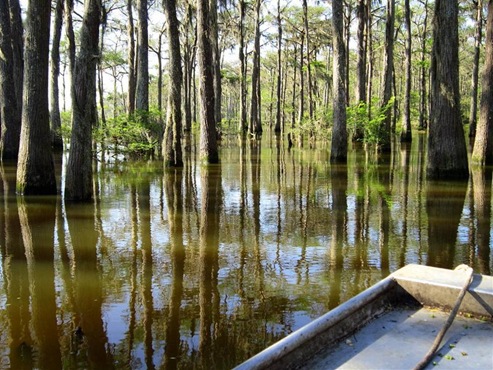 Had a big one on the first line. 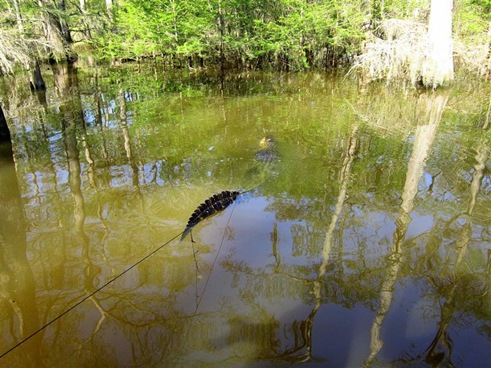 The stages on that trotline are 5 feet apart.  if you’ll notice, the first is wrapped around its nose.  The second stage is hooked in one of its hind legs. There’s a third hanging near the end of its tail.  That makes this gator over 10 feet long.  It had apparently decided to help its self to a fish we had on the line.  Got tangled up real good. 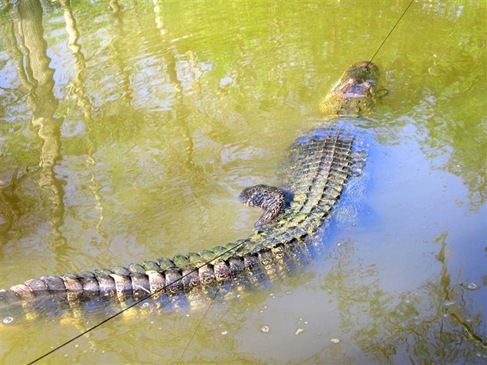 Now, none of us considered ourselves a member of the Swamp People culture.  The gator was still alive, but quite subdued from fighting the line.  We eased the boat up near its head, and cut the stage which had gotten wrapped around its nose.  It took a few moments before it knew freedom was once again within its reach.  Then, with a surge which pulled the trotline almost twenty feet sideways, it tore loose from the hook in its leg.  I don’t know who was happier, us or the gator.  More on the “normal” fishing later this week……jc
Posted by JerryC at 8:45 PM