A few pictures of last weeks fish fry at the Senior center. 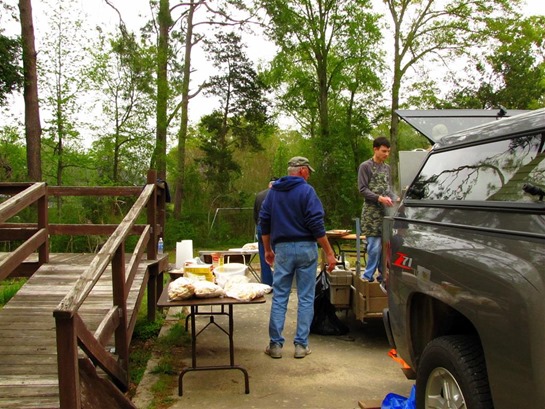 I had the job of battering the fish.  Zataran’s Fish Fry is a cooks best friend. 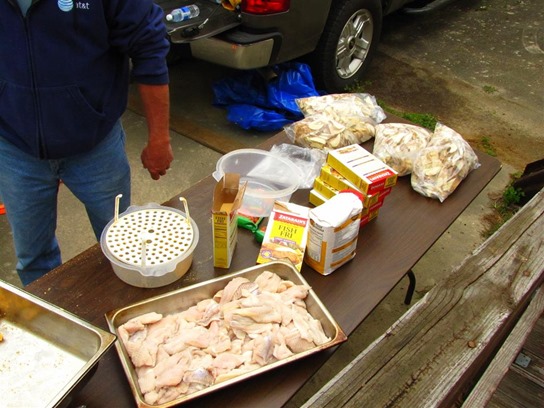 My brother and one of the volunteers from the center manning the cooker.  We salvaged the cooker after it was removed from an old school. We added casters to make it easier to move, and converted it to propane.  It makes cooking lots of fish, or anything else, much easier and faster. 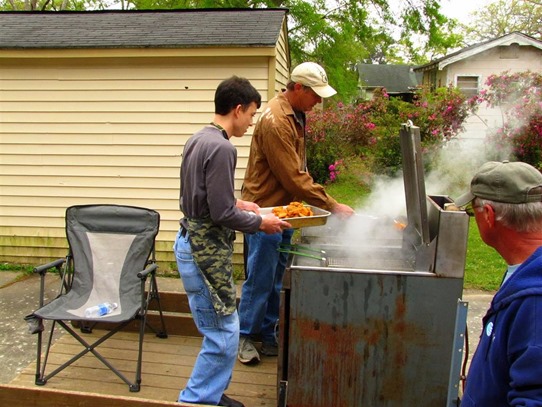 Hushpuppy’s were prepared in smaller batches on a conventional cooker. 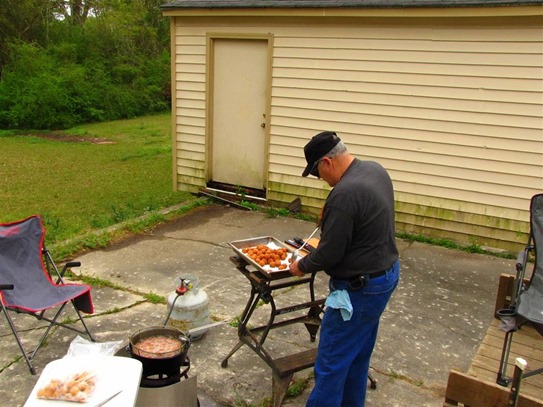 Lots of BS going on throughout the morning. 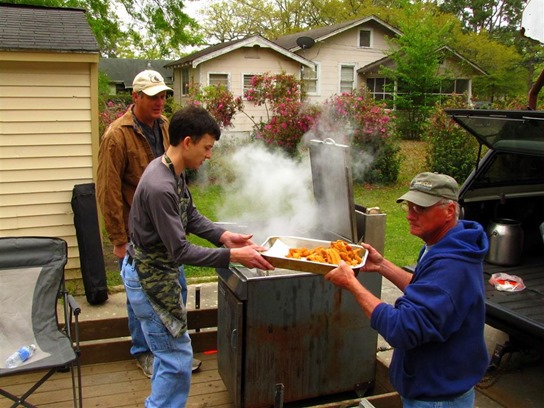 And, on another note, the fishing trip to Guntersville, AL was a success.  We fished Monday through Wednesday and picked up around 175 nice Crappie.  Off to a slow start on Monday as we had to locate the fish and figure out what jigs they liked.   Only picked up 30 or so for the day. 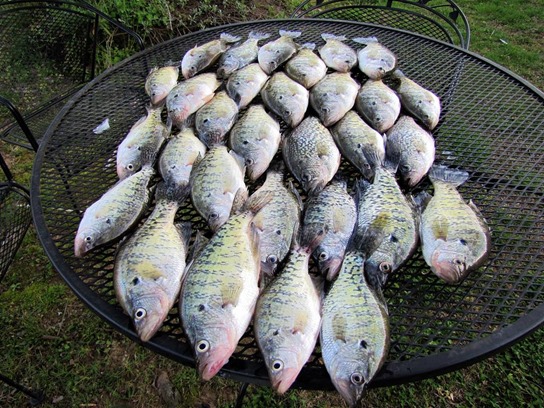 By Tuesday morning we were on a roll.  Tuesdays count was over 60, and Wednesday we got over 75.  I should have taken a lot more pictures, as the area we were fishing was beautiful with all the trees greening up, and the flowers and dogwoods blooming.  It’s just tough to fish and take pictures at the same time. 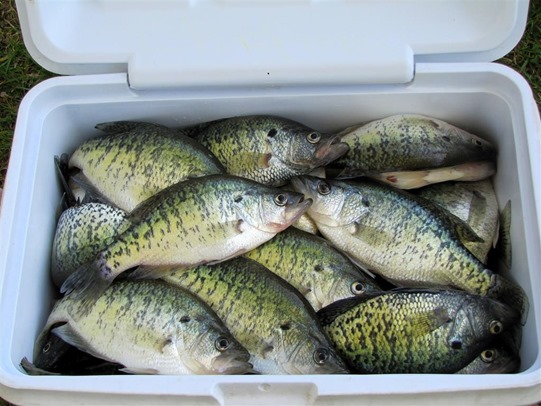 There’s nothing like loading a cooler with fresh Crappie.   There was a 9 inch minimum on size and we only threw back 4 fish all week.  Most every one was about the same size. Close to a pound apiece, with a few in the pound and a half, to two pound range.  We had planned to fish Thursday, but the weather forecast was for bad weather so we loaded up and headed for home.  Thankfully, we dodged everything but rain on the six hour ride home.

There’s a big BBQ competition in town tomorrow.  26 teams.  Guess I’ll have to bite the bullet and show up for the judging part.  Just like jury duty, you get the summons, so you must answer the call.   We do what we can