A Taste of the Buffalo 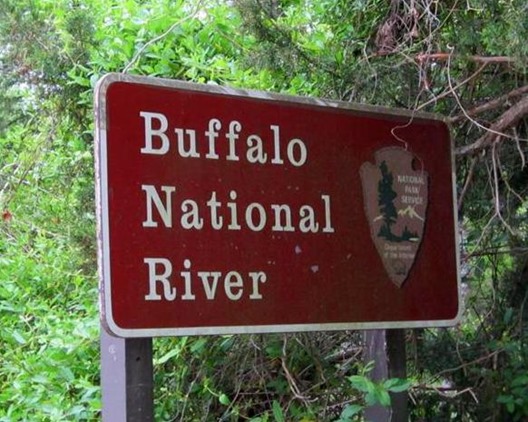 As I happened to have the inflatable in the truck, and we were staying just a couple hundred yards from the Buffalo River, a float seemed in order.  The only negative was an East wind that was blowing steady with some big gusts.  What the heck, might not be here again in the near future. 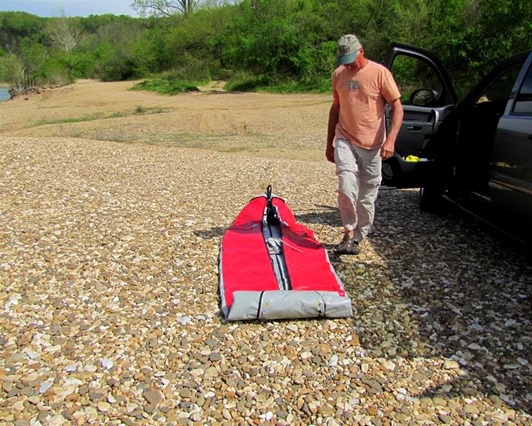 Just a few minutes later, thanks to a 12 volt pump I modified to fit the kayak, I was on my way. 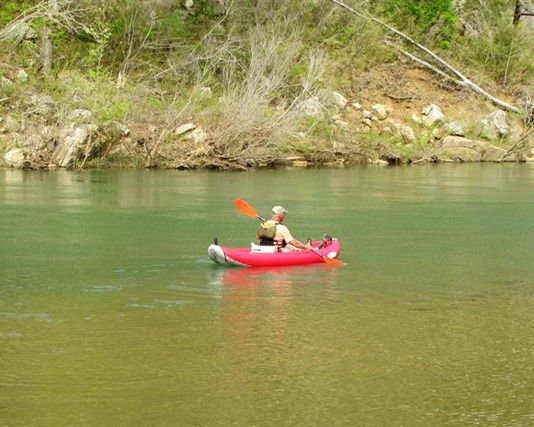 I only floated four miles or so, which took about an hour.  Though I don’t really think it did, the wind seemed to have me going backward at times.  The scenery was nice, alternating between high bluffs and rocky sand bars. 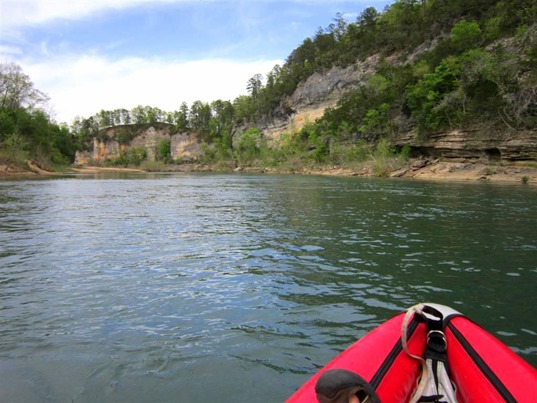 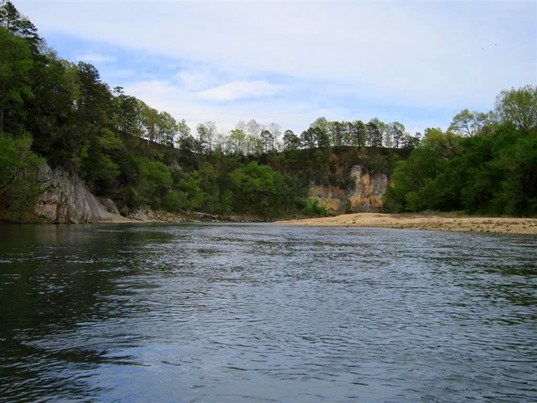 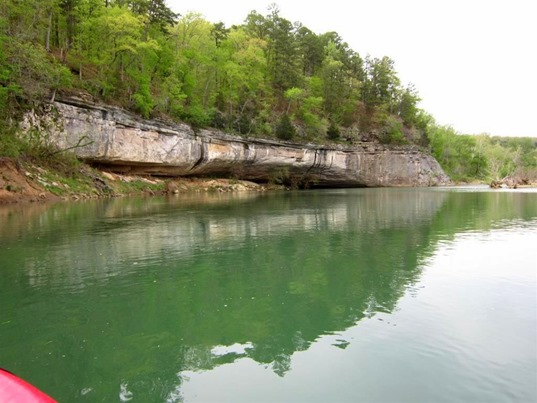 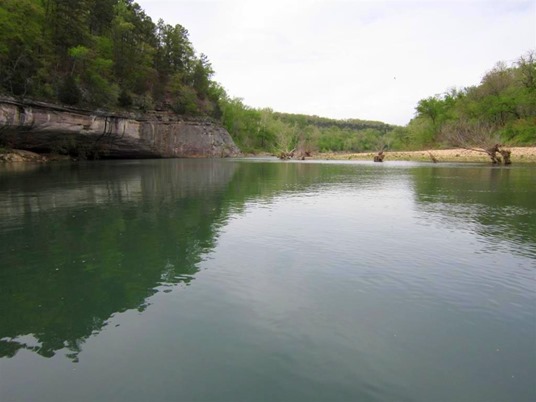 Lots of slides and trails on the shore.  Not sure if they were beaver or otter.  Maybe both. 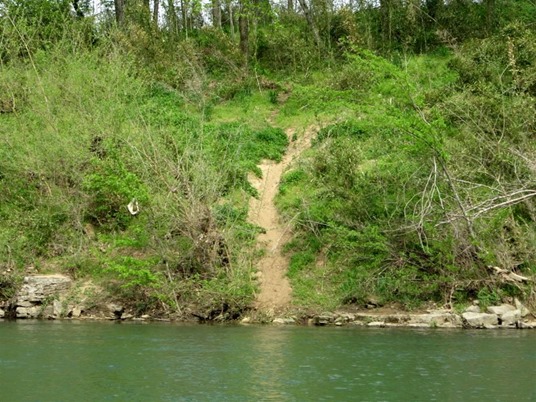 The skies were overcast and the light didn’t make for good pictures, but you can get a feeling for the beauty of the area. 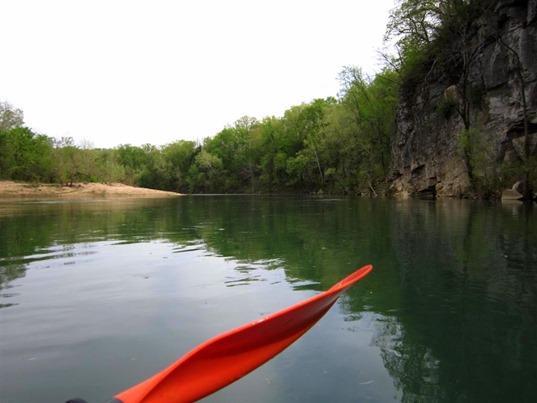 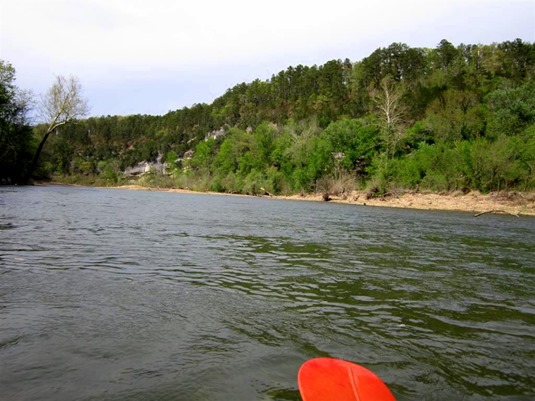 Many caves in the rocks. 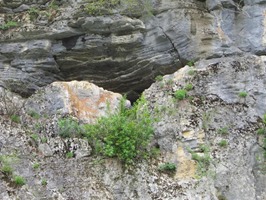 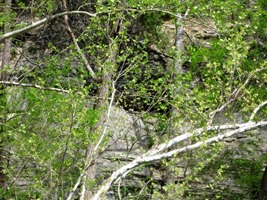 And the dogwoods were putting on a show all by themselves. 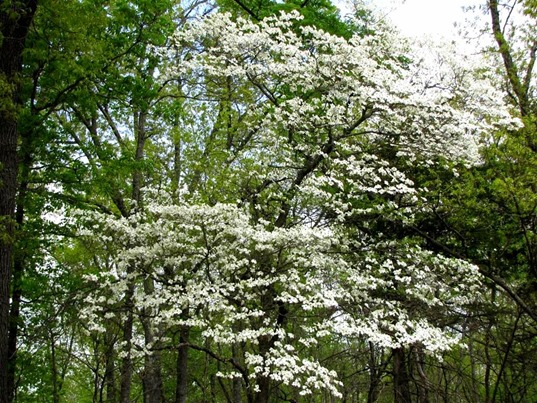 Soon it was time to hit the shore.  My shuttle was waiting. 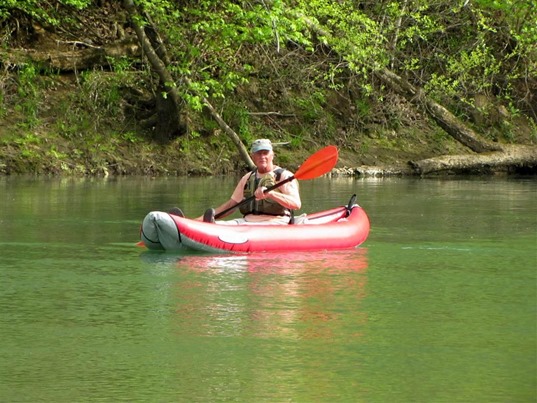 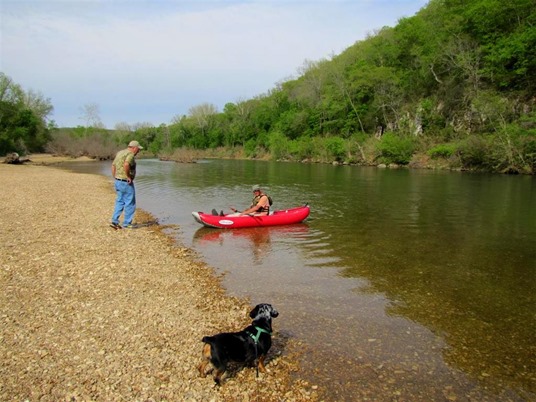 I actually had planned to do a longer trip the next day, but the wind was even stronger with a chance of rain.  I still have a little fine tuning to do on the kayak as to finding the best seat position.  Otherwise, I like it.  It’s definitely not as swift or sleek as the real thing, but it fits my purposes.  I hope to get it back to the Buffalo for a longer float, soon….jc