We departed the North Rim early, stopping in Jacob Lake for some coffee and cinnamon rolls.  We planned a stop at Lee’s Ferry to watch some of the float trips launch, as well as possibly see some Condors.  Our friends from San Antonio, Cleo and Claudia, also planned a stop.  Cleo has made ten runs through the Grand Canyon from Lee’s Ferry in his lifetime .  His email address is actually Riverrat@.  You Could see the want-to in his eyes as we watched the preparations taking place.  He said the rats are better looking now than when he did it. 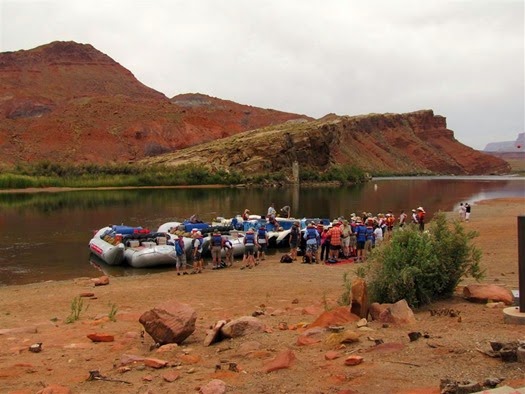 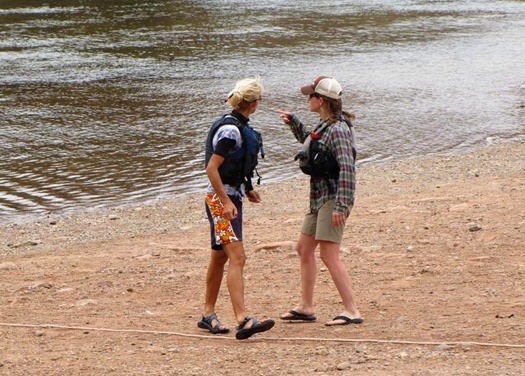 One group underway, as another get further instructions. 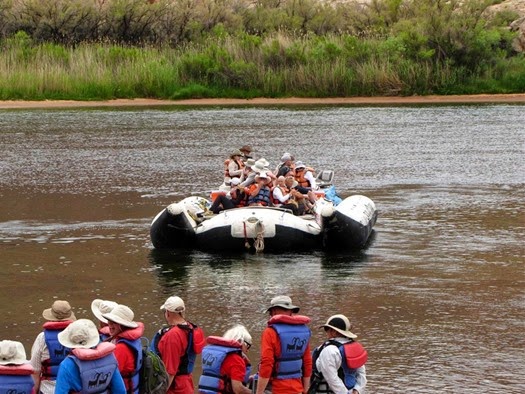 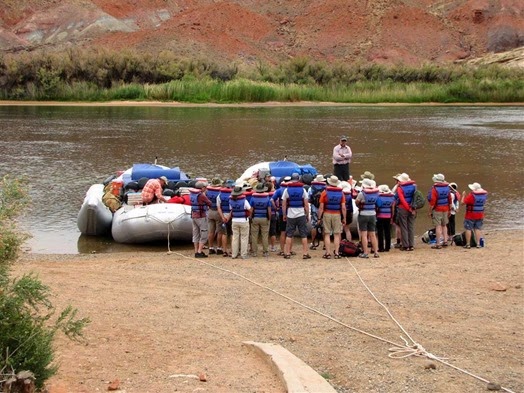 Sally checked the water and said it was COLD. 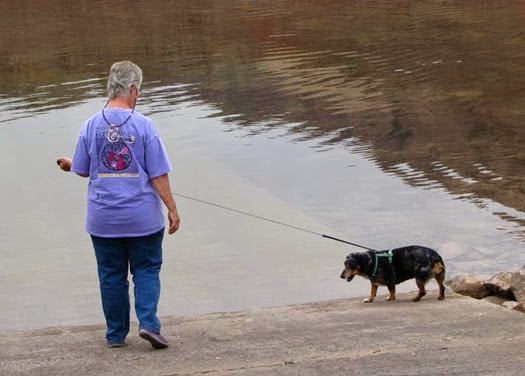 Cleo and Claudia on their way. 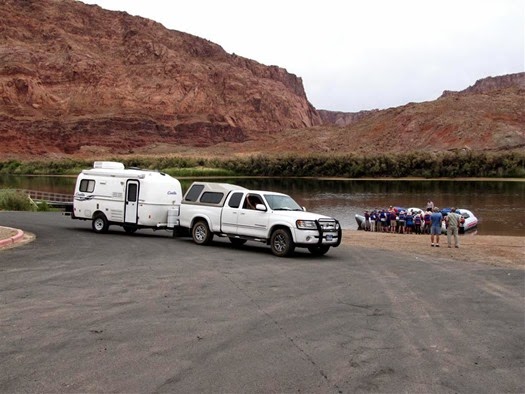 We had also thought about spending the night there in the campground, but it was very warm.  A conversation with another camper who had seen no condors in four days of looking, changed our mind.  We pulled out to check the old Navaho bridge.  Sally really enjoyed the view as we pulled out of the canyon. 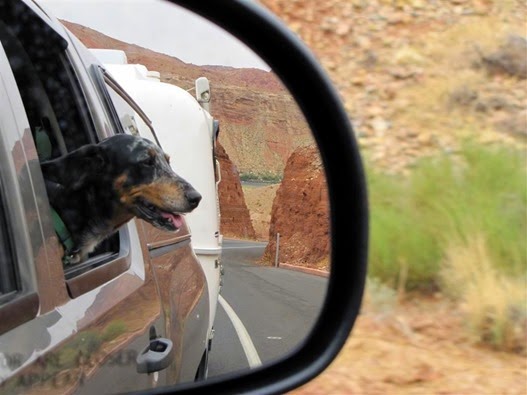 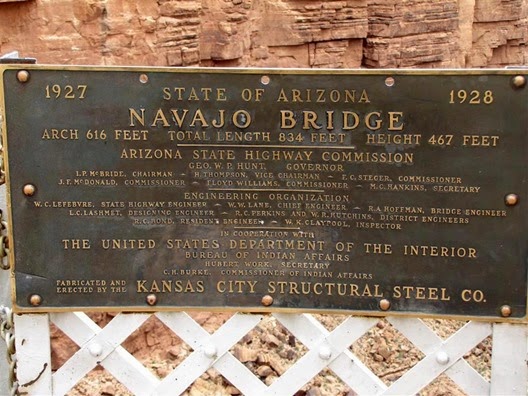 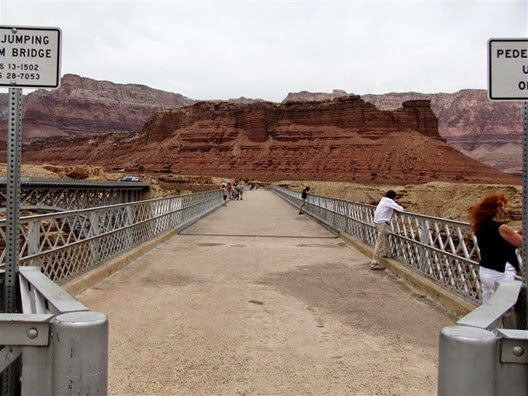 This narrow span across the river was replaced by this one. 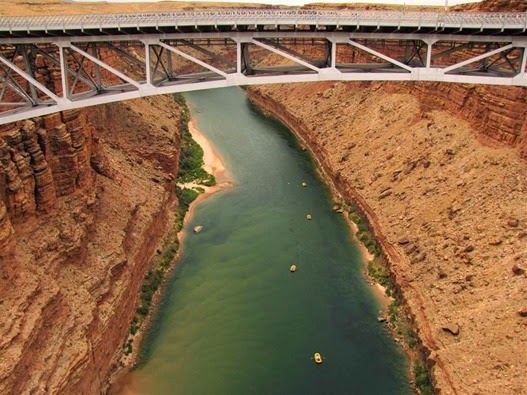 It is now a pedestrian only bridge, giving outstanding views of the Colorado.  It is only a couple or three miles South of Lee’s Ferry.  Amazing how the landscape changes as the river enters Marble Canyon. 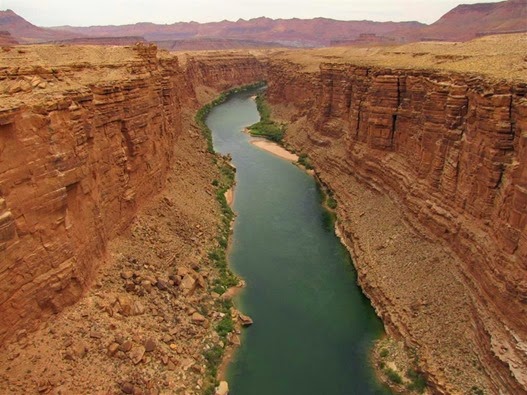 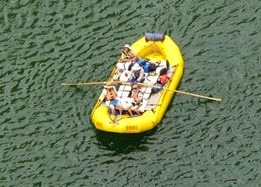 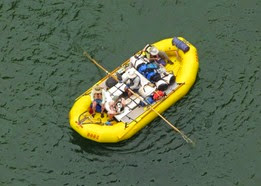 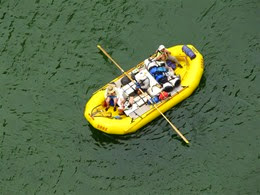 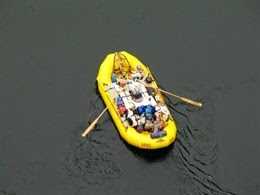 If I was to take a river trip, I think I would prefer these smaller rigs to the larger boats. 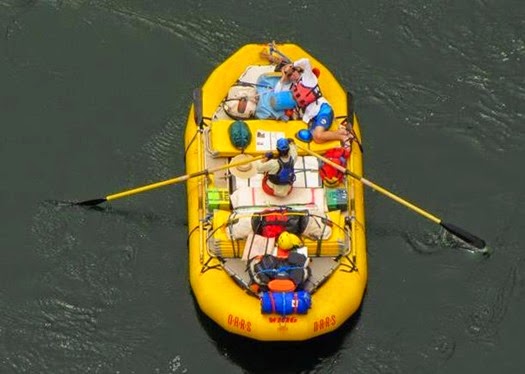 From Navaho Bridge we headed on east, with Page, AZ as our destination for the night….jc