We pulled away from the Navaho Bridge on Hwy. 89A shortly before eleven AM.  Our destination for the evening was to be Page, AZ.  As a number of you guessed in previous comments, I wanted to give Antelope Canyon a try.  Thought if I took two or three hundred shots, I might get lucky with a keeper.  Don’t you just love digital cameras?

Our plans immediately changed as we approached Hwy 89.  Our left turn toward Page was blocked with trucks and barricades.  There had been another rock slide, and the highway was closed.  Now we understood the reason for all the eighteen wheelers we had met between Jacob Lake and Bitter Springs.

As our next major destination was to be Cortez, CO for a couple of days reorganizing things and doing some shopping, we took a left off 89 South onto Hwy 160 toward Tuba City and Kayenta.  Through the heart of the Hopi and Navaho Reservations.  A left turn at Kayenta took us through Monument Valley and back into Utah.  I had a destination in mind for the night. Though we had visited the area three weeks ago, I wanted to spend a night there.  Goosenecks State Park. 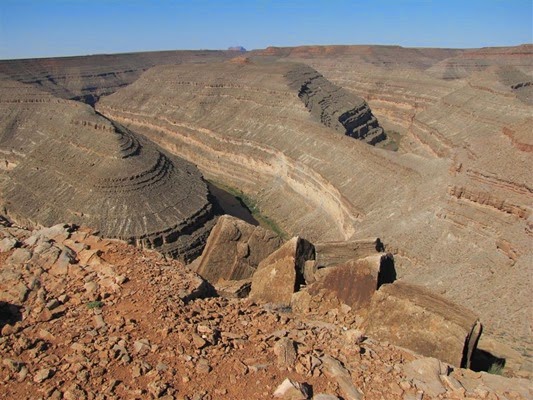 There were some sites on the very edge of the canyon, but Wanda said no way.  We found a great spot about forty yard from the rim. I’m standing on the rim for this picture. 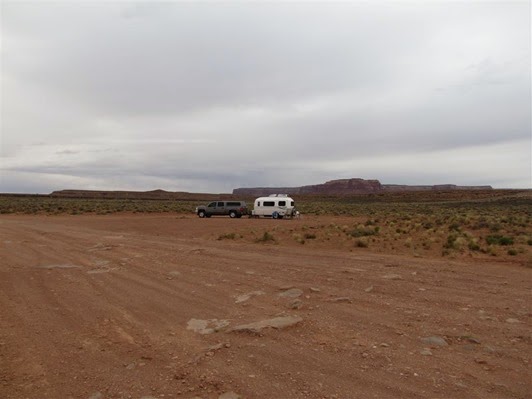 It was cloudy and windy when we arrived, but a clearing line could be seen to the Southwest.  As we sat outside, the sun began to light up the hills and mountains behind us. 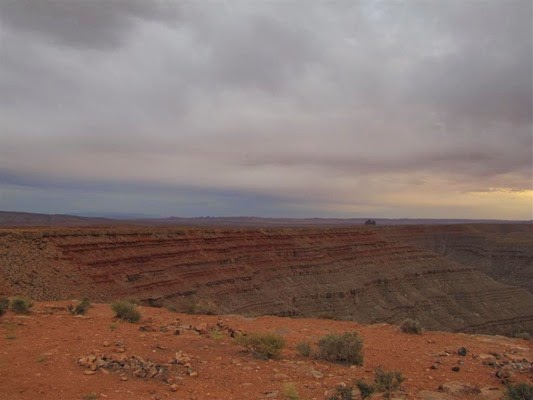 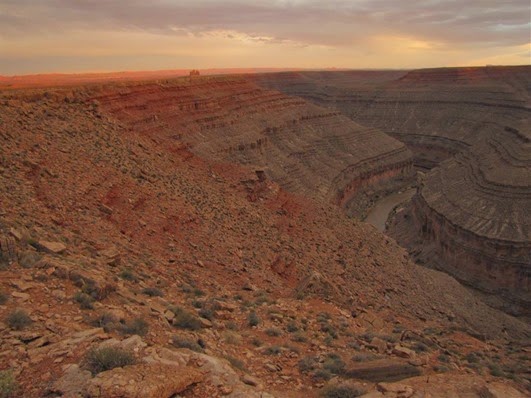 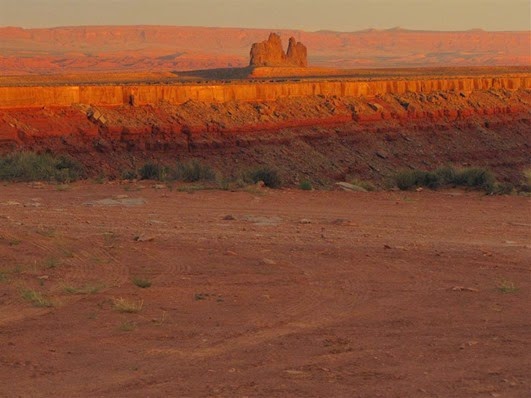 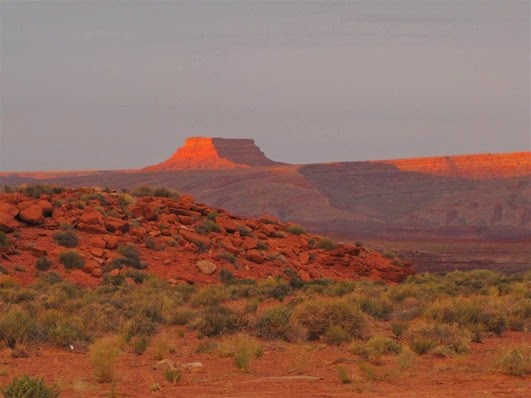 We sat outside in awe.  Every one of these pictures are straight from the camera.  No alterations.  The sunset was also pretty good. 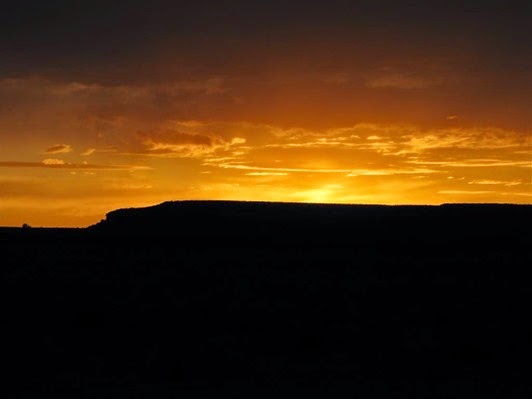 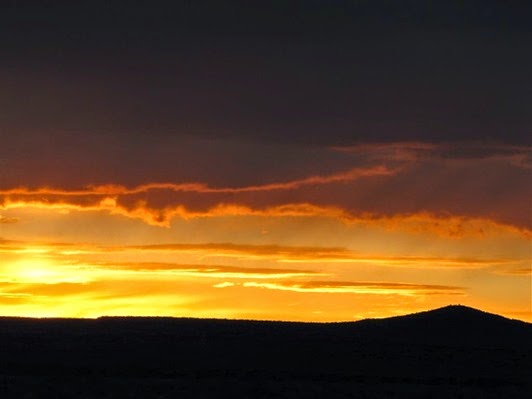 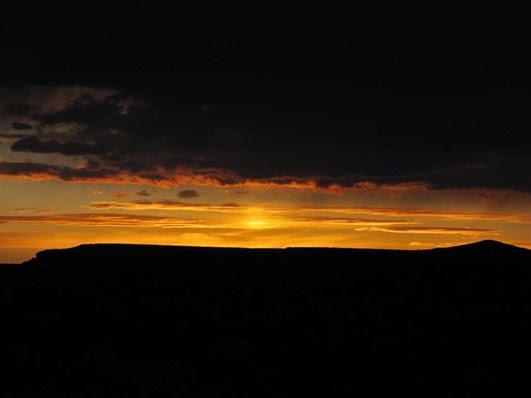 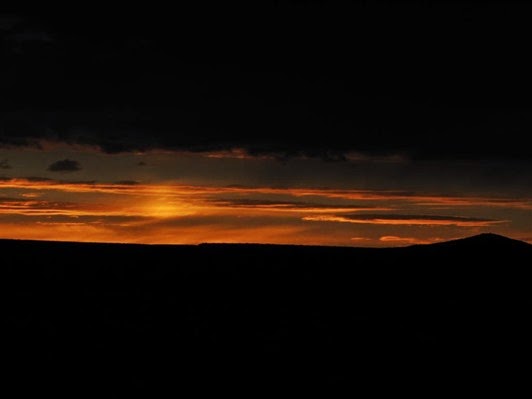 It was without a doubt the most peaceful, restful night we have had since departing home a month ago. Slept with the windows open.  No sounds other than a light wind the entire night.  No light to sneak in around the curtains.  There were three or four other rigs and car campers scattered around the area, but you would have never known if not for seeing them in the distance.

The next morning dawned crystal clear. 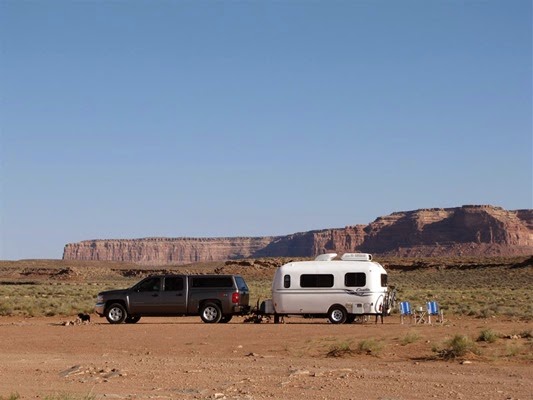 Sally and I went for a walk, but she thought she could hear her breakfast calling.  She was making a bee line back to the trailer. 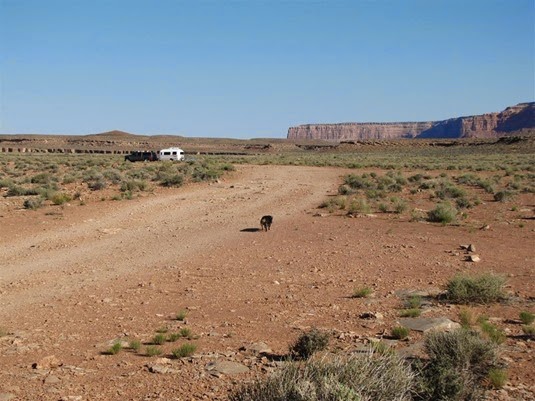 After a leisurely breakfast with a couple pots of coffee, we decided it was time to move on. 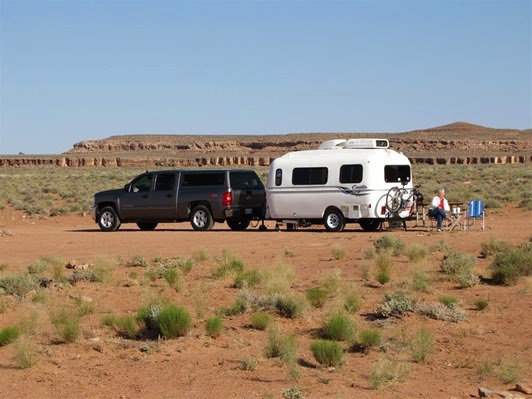 Sometimes, cancelled plans can lead to a much better opportunity.  This was one of those.  One of my all time favorite places to spend a night.  Only wish it had been for a longer period of time……jc