The last two days have been kind of a blur.  Though we are still camped in the same place in the Kofa NWR, we’ve been busy.  Woke on Tuesday morning, following Monday’s rain, to fog. 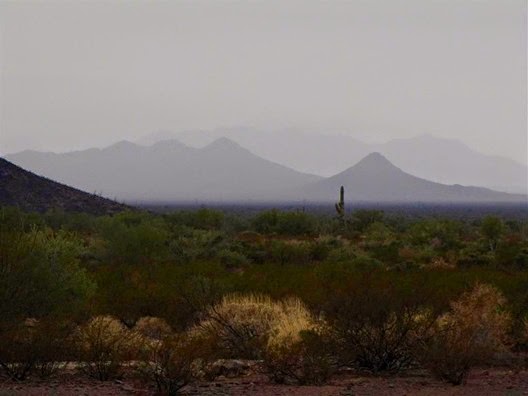 The sun was trying to make an appearance on the mountains to the West. Started the day with a hike to the top of a nearby hill, cinder cone, whatever. Looking down on the desert floor.  Those three white dots are Casitas at our campsite. 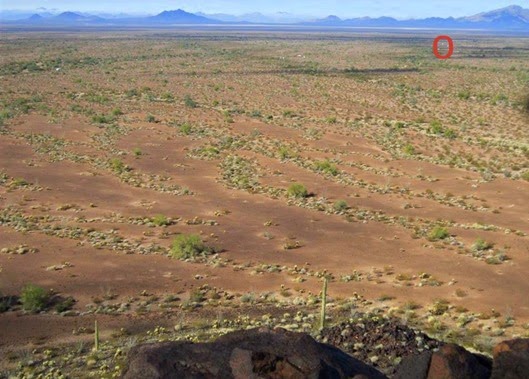 The afternoon found us at Crystal Hill. 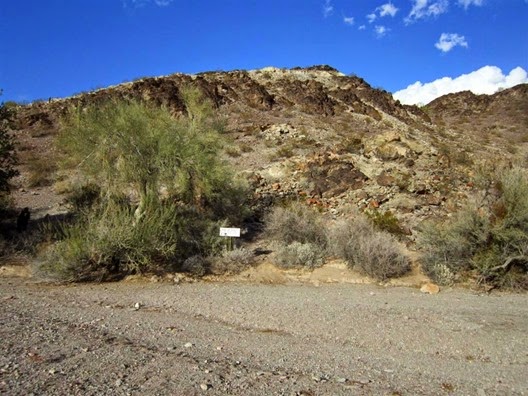 I found a couple of pretty nice ones.  Pictures in another blog, maybe.  All that was followed by an awesome sunset on “our” mountain. 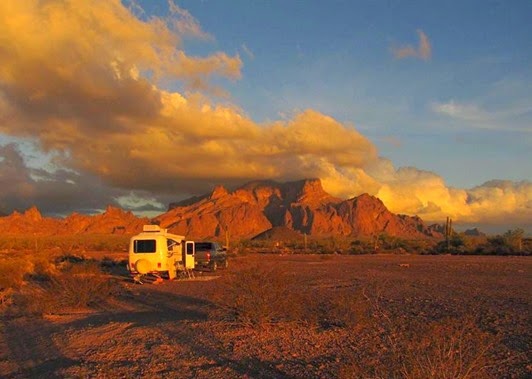 Today found us in Yuma for a daytrip.  Visited the old territorial prison. 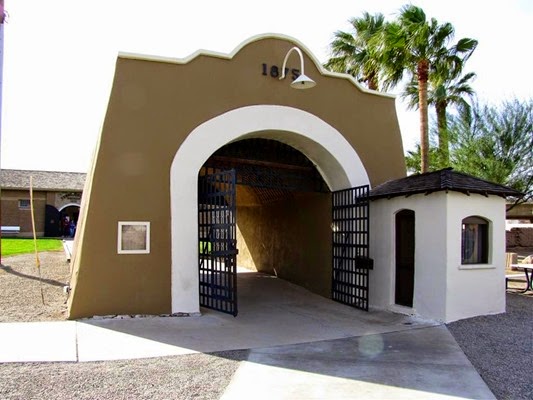 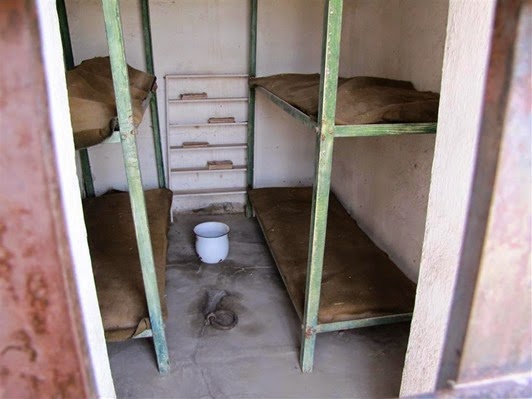 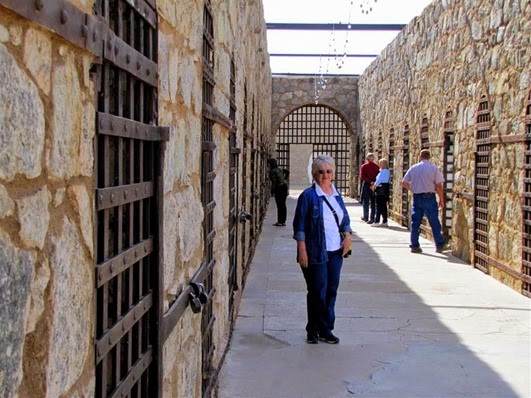 Had a great lunch at a restaurant called “The Garden”.  From there it was to Walmart, and a local produce stand. 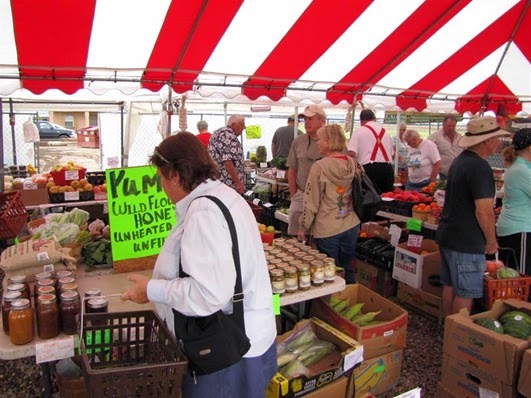 Lots of good stuff.  Yuma calls itself the Winter vegetable capitol of the Country.  Growing three crops on the same piece of land each Winter. 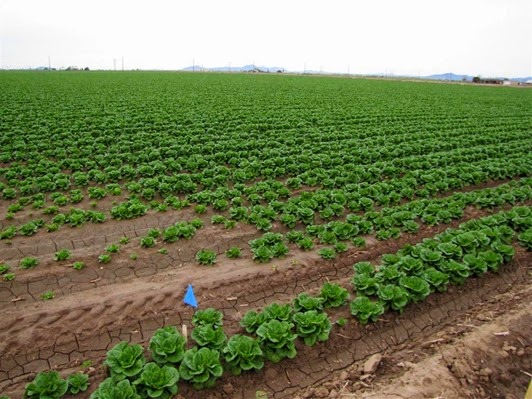 A stop at the Yuma Proving Grounds wrapped up the day. A very busy two days.  But of all the things we did, this is always my favorite. 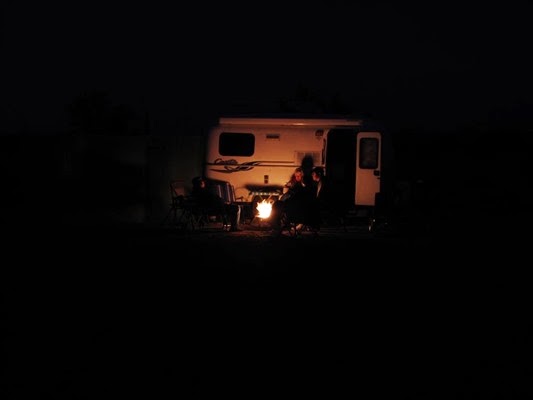