A Little More of Warm Springs

One of the things I found interesting on our visit to Warm Springs was its size.  I had an impression that it would be a large resort town such as Hot Springs, AR.  Though it had been a destination for folks from Savannah and Atlanta for decades, it wasn’t much more than a village.  Just imagine what the arrival of someone like Roosevelt would have been like.  Undoubtedly, having him around boosted the economy.  At present, with the risks of malaria and yellow fever gone, the crowds don’t arrive for the Summers as they once did.  We now know there are no magical healing powers in the water. Without the Little White House to draw visitors, it possibly wouldn’t  be a dot on a map, anymore.

The pools that Roosevelt bathed and played in are empty now. 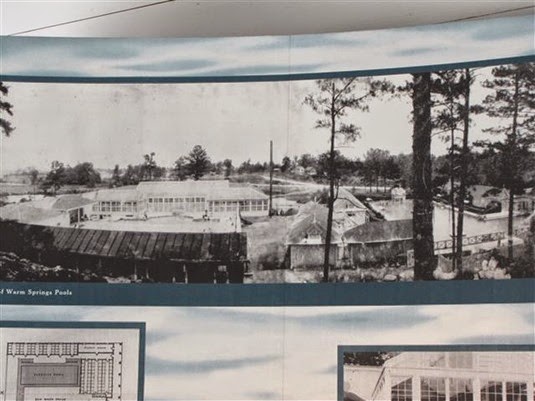 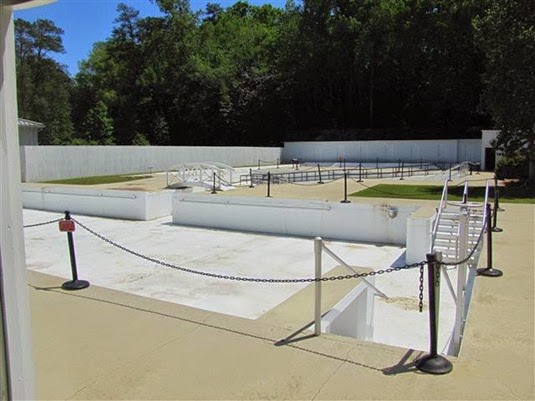 The water still flows in, but immediately goes down the drain. 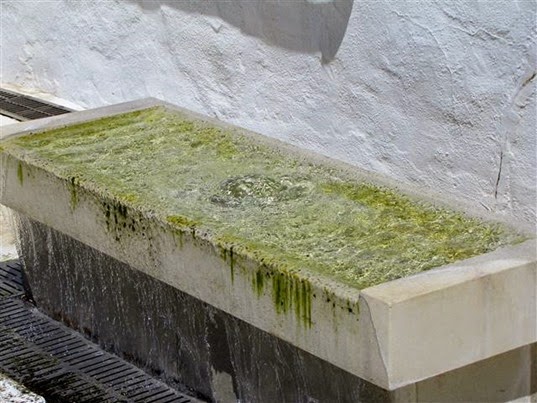 The remaining building is more a museum to the fight against Polio.  Some may remember these monsters from your childhood? 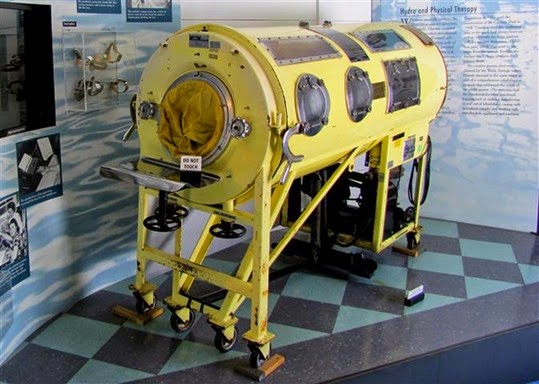 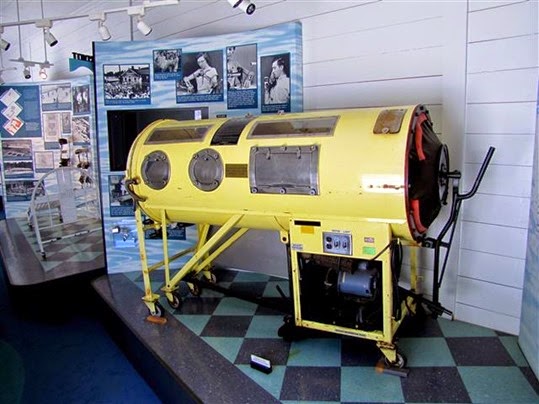 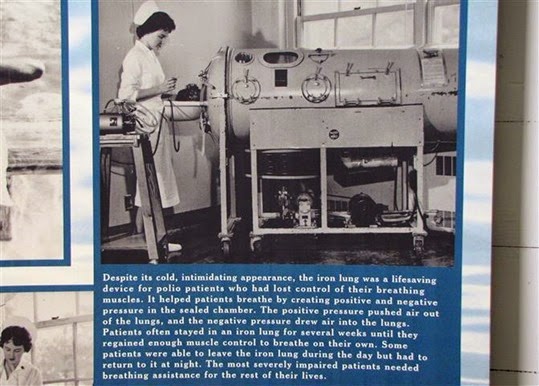 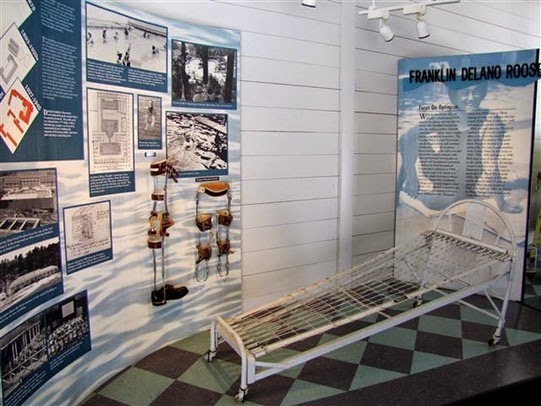 Though we enjoyed touring the Little White House and the two museums, I left the area thinking about how blessed we are.  Our parents lived through this period of history.  They dreaded the thought of Polio hitting their children.  I remember standing in line at our community grocery store to receive the vaccine.  Our children never faced the risk.  Just seventy years ago, all that was a dream.

On the bright side, it is a beautiful area of the Country. 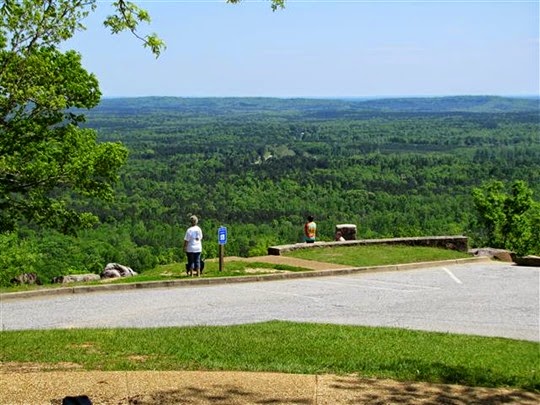 This is Dowdell’s Knob.  One of Roosevelt’s most favorite spots to sit and think.  It’s said that this is where he first came up with the idea of the United Nations, as well as the CCC and other things.  The CCC actually built the road which is used to access the point today.  A life size statue still enjoys the view. 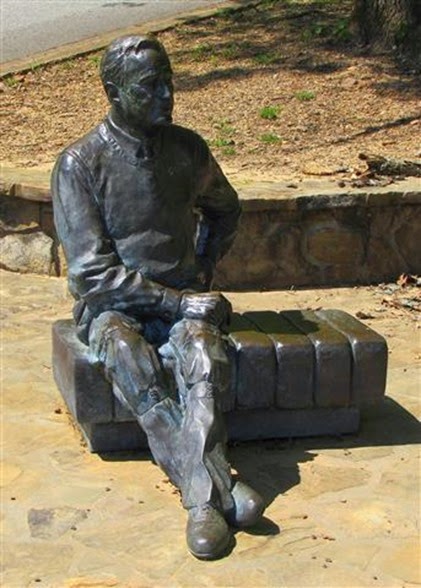