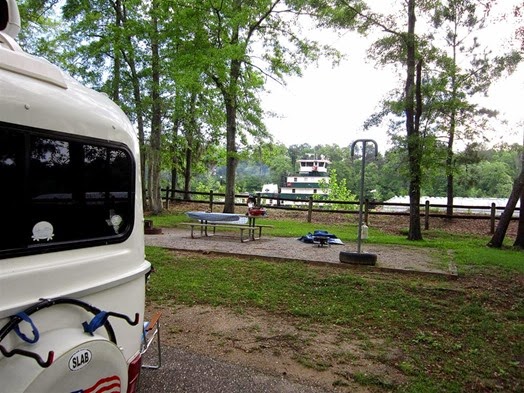 Have you ever driven past some place and thought, “I’m going to stop there one day”?  That sums up our many journeys across Southern Alabama on Highway 84. Always on the was to a destination.  This time was going to be different.

We have never stayed anywhere on the Tennessee-Tombigbee Waterway.  The waterway was one of the last major “pork barrel” projects  of the last century.  Another story for another time, but basically it ties the port of Mobile to the Tennessee River.  This was done by channelizing the Tombigbee River,  and digging a ditch to connect the two rivers together.  Barges can now make their way from Mobile Northward, without having to go up the Mississippi River.

Service Park and Campground is located just off the highway, near Coffeeville, AL. A hidden jewel, so to speak.  Nothing nearby to attract crowds. 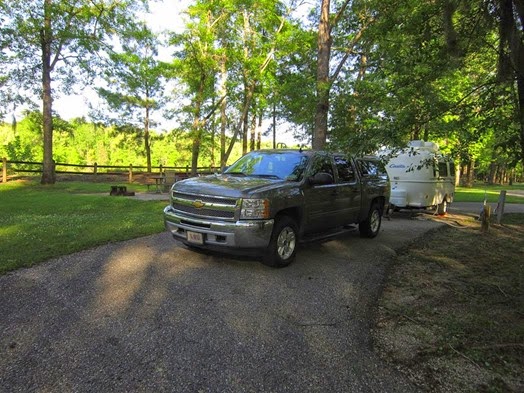 Ten feet beyond that rail fence is the waterway. 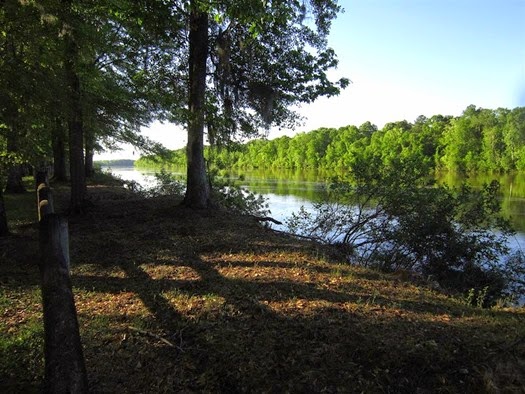 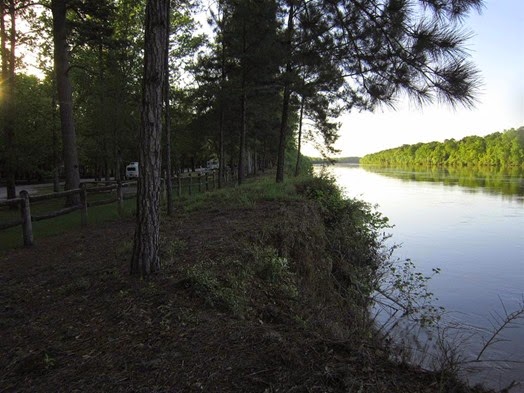 The river was running near flood stage, and apparently had awakened a few river monsters. 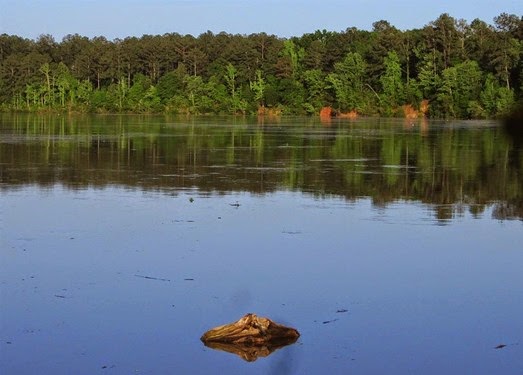 Three of four barges a day.  Sally thought she did a great job running this one off. 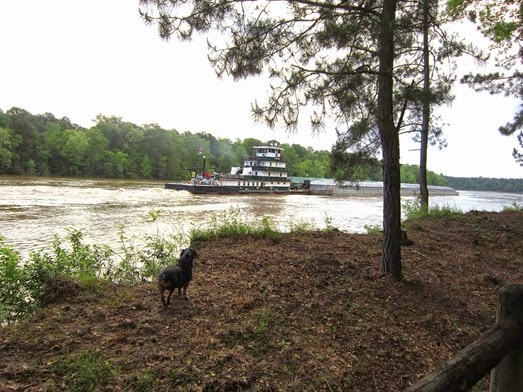 We’re here for a couple of days.  On our way to Auburn, AL for a music fest. 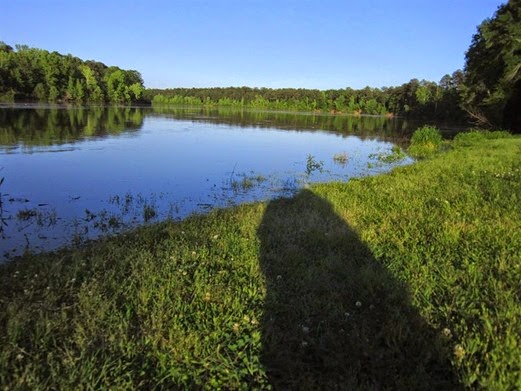 Before leaving home, we met with some friends for a crawfish boil.  A good friend and his wife purchased an old farmhouse years ago, and had it moved to near their home.  They restored it and rent it out for celebrations of all kinds.  They named it the Gathering Place. 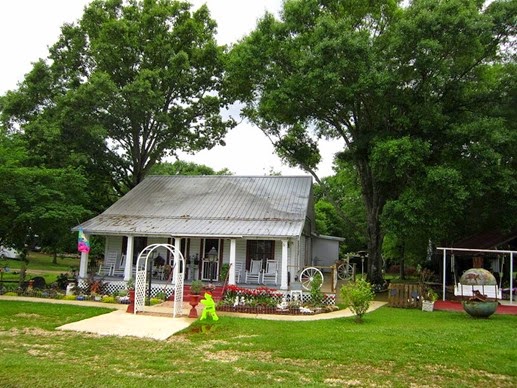 Lots of stuff decorate the yard, and plenty rockers cover the porch. 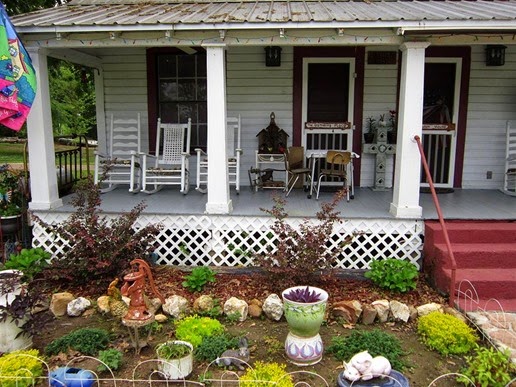 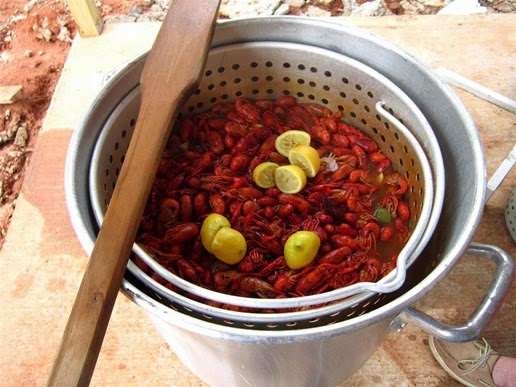 Which it appears most everyone enjoyed. 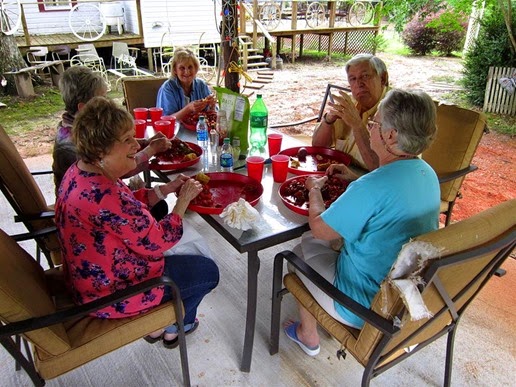