With some time to kill while waiting on the music to start, a short road trip was in order.  Perusing the maps of the local area, I saw Warm Springs, GA and a reference to FDR’S retreat.  The plaque below gives basic information. 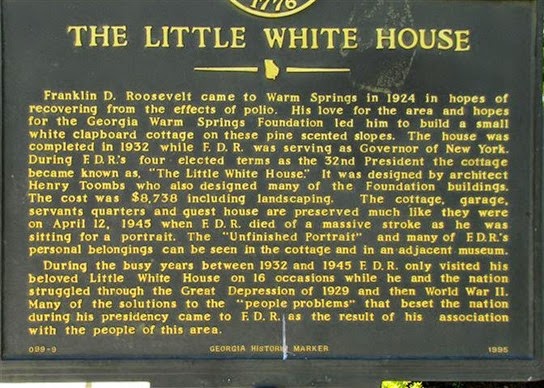 It is now a Georgia State park.  A museum is filled with many things from his stays here.  From his specially equipped automobile that he designed himself, to his wheel chair and braces. 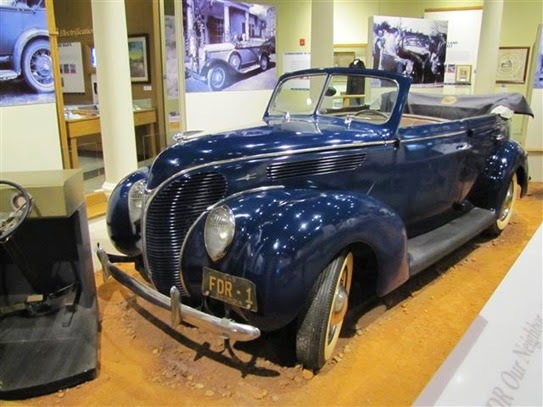 See the clutch lever by the door? 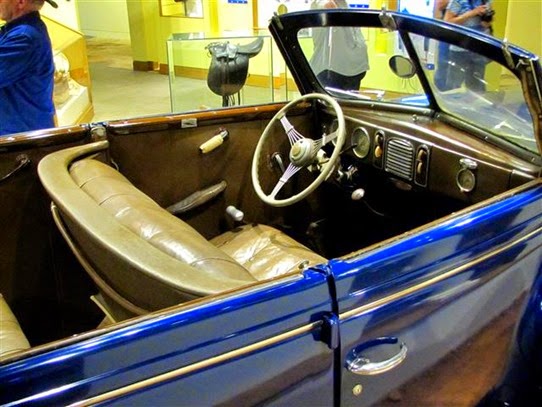 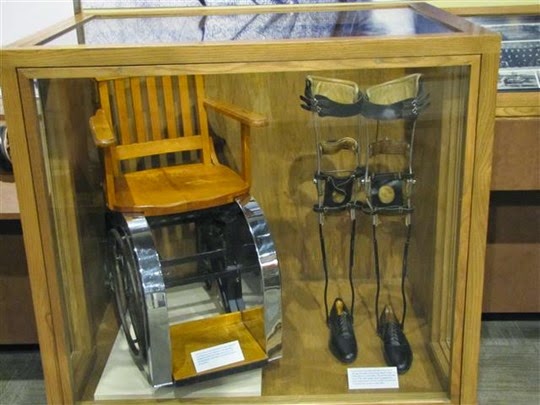 He was an avid stamp collector, and also, apparently, a collector of canes. 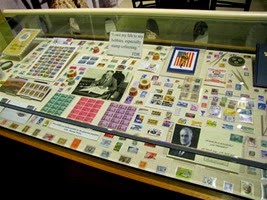 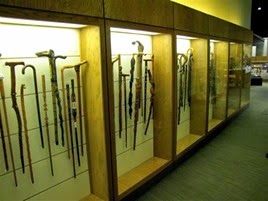 It’s said that his spending time in Georgia exposed him to the hardships of rural life with no electricity.  From that, he created the REA, which brought electricity to millions and jobs back into the economy. 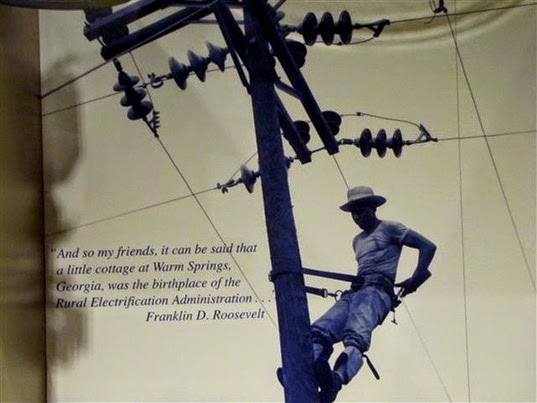 There was a walkway which went up to the original museum.  It was draped with state flags and a stone from each state. 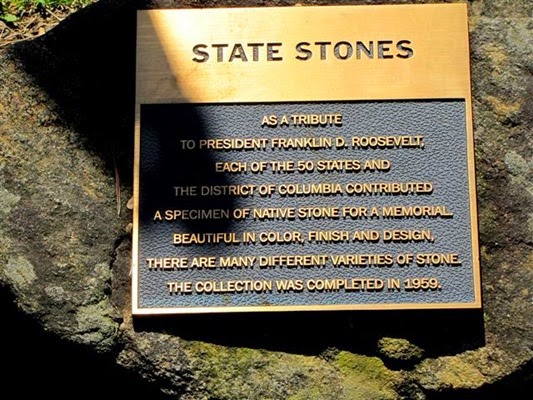 Most were rather drab rocks, with Montana and Nevada winning, hands down. 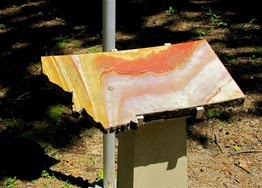 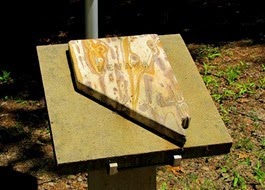 The house itself, though looking formal from the outside, was much more rustic inside. 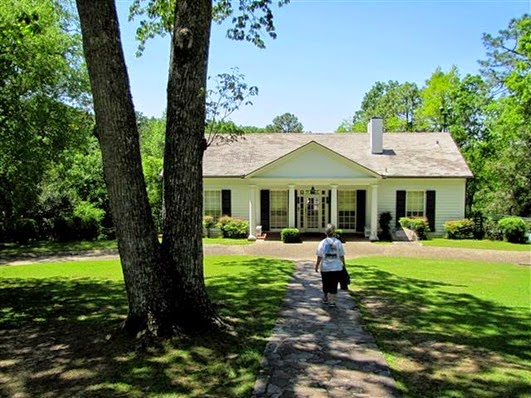 It looked a lot like his childhood home on Campobello island.  Bare wood throughout, and very simple.  Fly spray and paper towels. 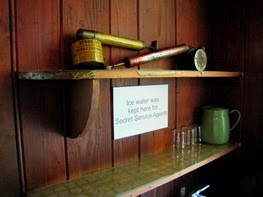 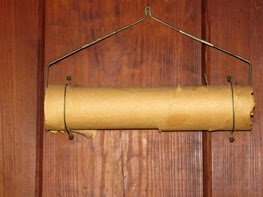 Things look much the same as they were on the day of his death.  Sitting in the chair below, while getting a portrait painted he collapsed, and died a short time later. 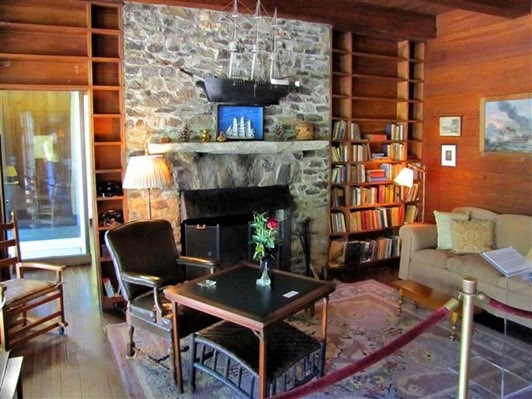 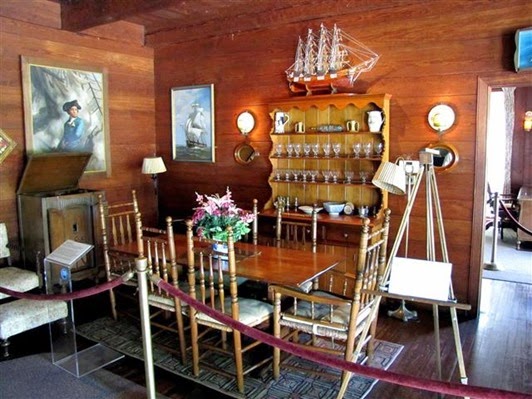 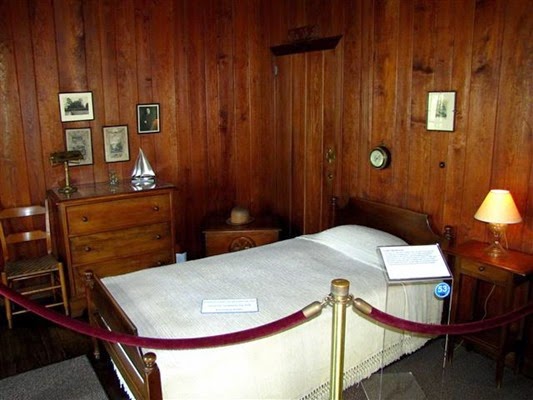 The portrait as it was when he died. 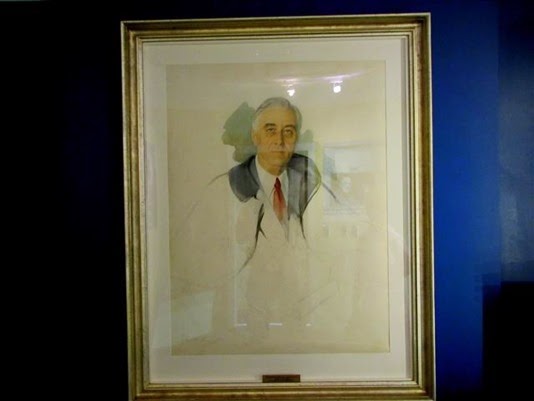 Using the original as a model, the artist created another painting.  Both can be seem here. 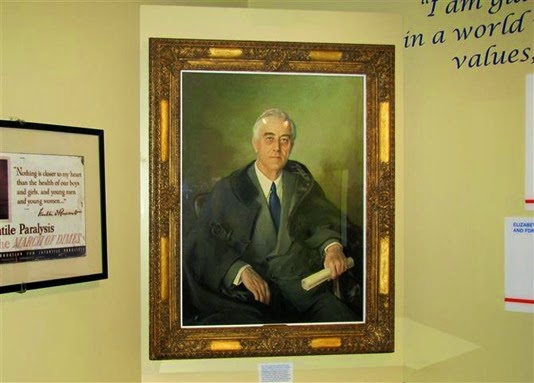 Just another view of the life of one of our Presidents.    Might do another blog on Warm Springs itself, as well as the springs visited by Roosevelt…jc