If someone was to ask you where the first United States Army Air base was located, would you know?  Possibly Columbus, Ohio, or even Columbus, Mississippi.  I’m thinking the odds that you would say Columbus, New Mexico would be slim.  But, thanks to a guy named Pancho Villa, Columbus, New Mexico was on the cutting edge of technology back in March, 1916. There is now a state park commerating all that took place back then. 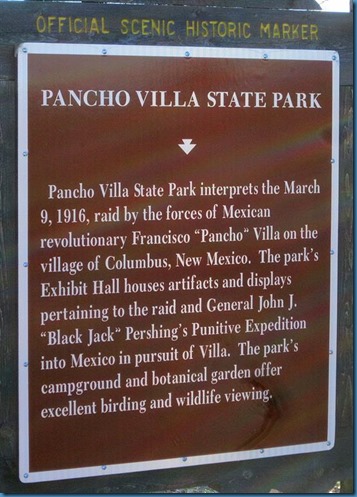 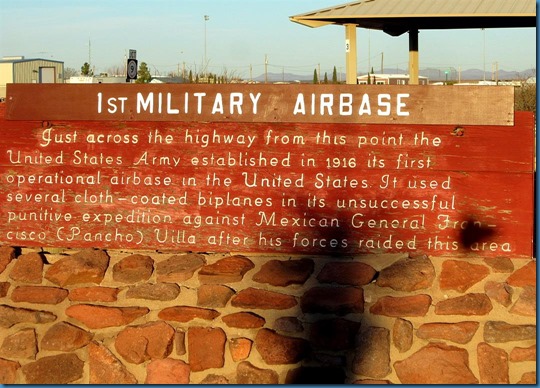 The first use of airplanes in warfare took place in Columbus, NM.  A very small village just two miles North of the Mexican border.  Pancho Villa led the last invasion of the Continental United States by a foreign nation, and the response was much like Pearl Harbor. 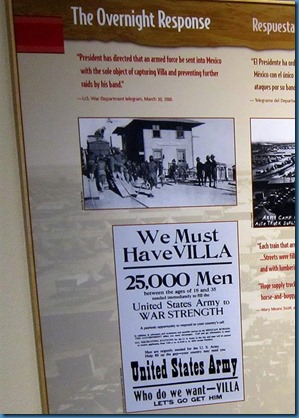 The invasion wasn’t only against the military. 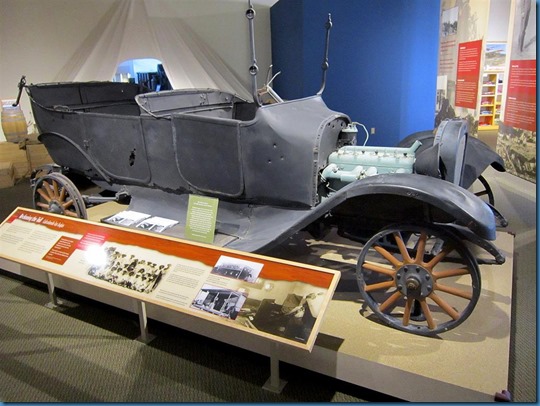 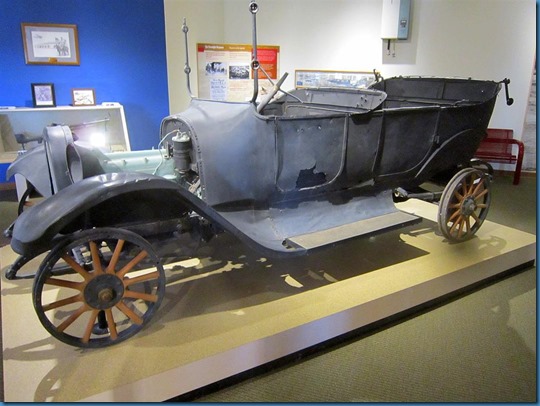 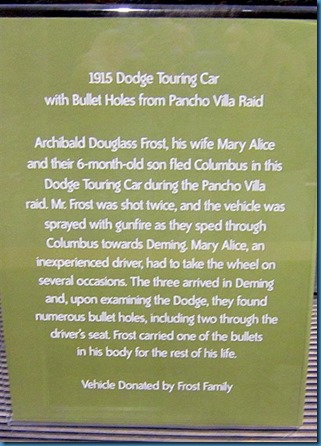 There’s a lot of interesting displays in the museum which was recently renovated and updated. 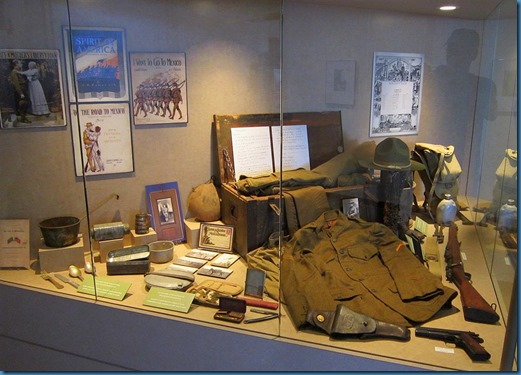 Imagine attempting to drive one of these across the desert landscape. 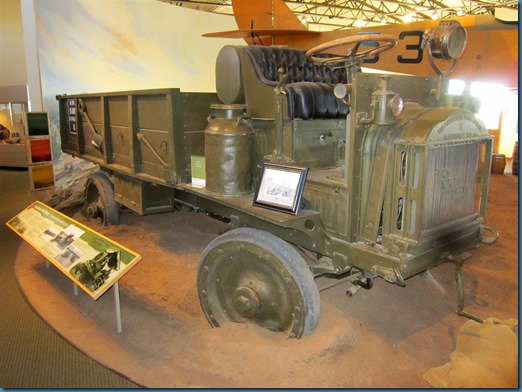 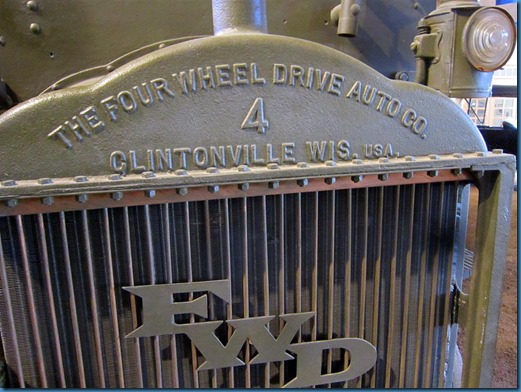 Or, taking a ride in this. The Jeffery Quad Armored Truck.  Reminded me of John Wayne, and the movie, War Wagon. 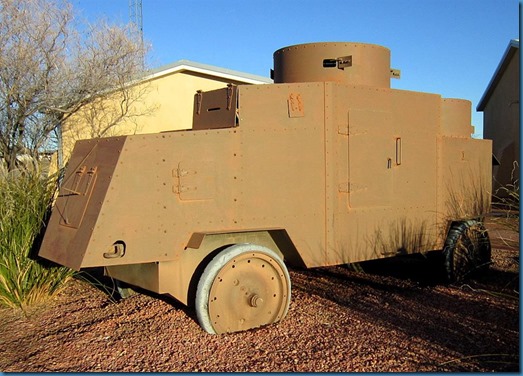 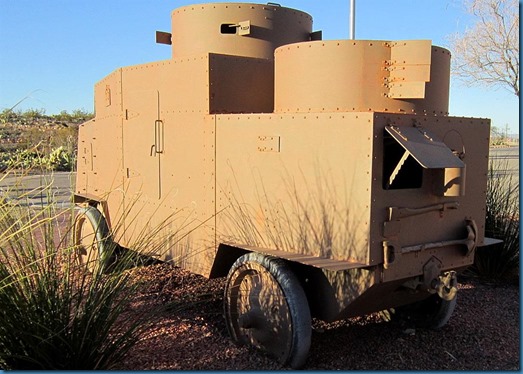 The incorporation of all this modern technology into the military led to anothe first for Columbus. 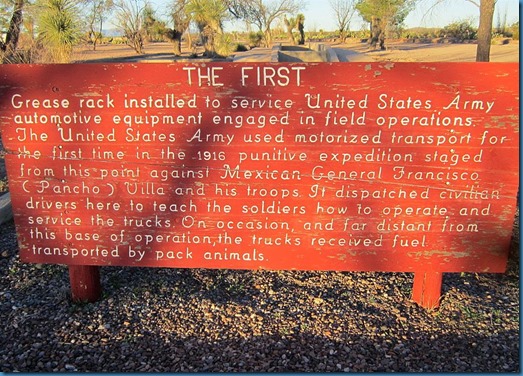 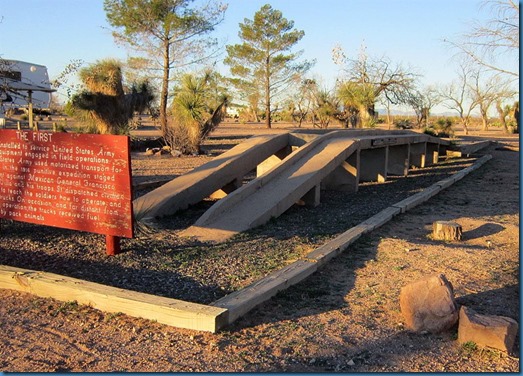 There’s a lot of history on display in Columbus.  The village is about thirty miles South of Deming, and the park has a really nice campground with water and electric hookups.  If staying in the campground, a visit to the museum is free.  The museum has much more than I have touched on here, but its pride and joy is this. 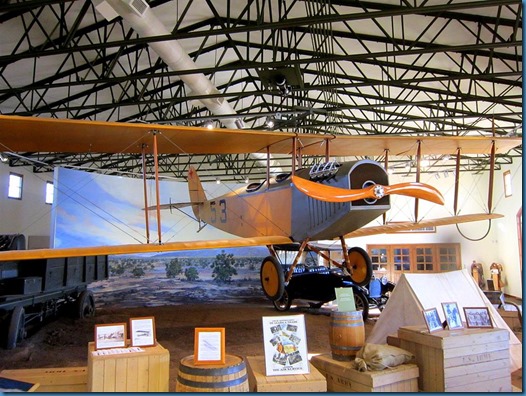 A Curtis JN-3 Bi-Plane, just like those that flew from Columbus’s air strip, searching Mexico for Pancho Villa…….jc