We departed Ehrenburg Monday morning, and made the long fifteen mile journey back East to Dome Rock.  The Quartzite Rally, or gathering, was to begin on Thursday.  We arrived just in time to see Charlie Brown cruising Westward toward Los Angeles.  Apparently, he was using I-10 as his primary navigational aid. 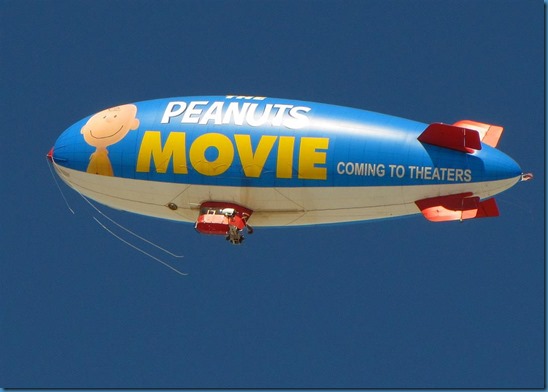 Though the gathering didn’t officially start till Thursday, there were already lots of trailers scattered across the desert.  These two pictures were taken as the sun first touched them on Tuesday morning. 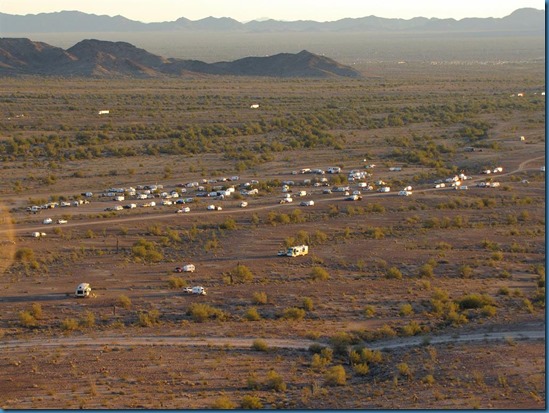 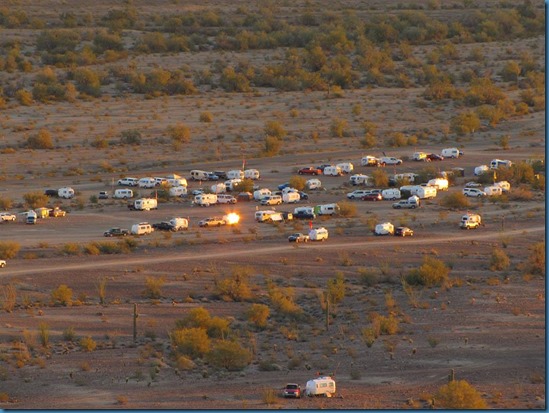 Lots of Casita’s, Scamps, Escape’s and Olivers; with a few other older, rebuilt, brands such as Boler and U-Haul.

I did’nt take many pictures.  We spent our time visiting and eating.  We managed three visits to Silly Al’s Pizza during the week.  A great place to catch up with friends you don’t see very often. Wonderful pizza, pasta, salads, and sandwichs; with a choice of many unique beverages.

We also managed to meet with some friends we made through the years on the Utah tour.  It’s always great to see them.  One couple got away before I could get their picture, but I did manage to get some shots of others.  It was early, and I had everyone squinting. 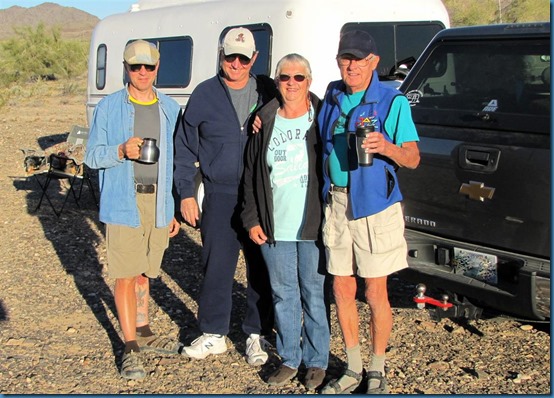 That’s Sally’s friend, Peggy Sue, with her back to the camera.  She’s a beautiful dapple dachshund. We’re thinking about dognapping her. 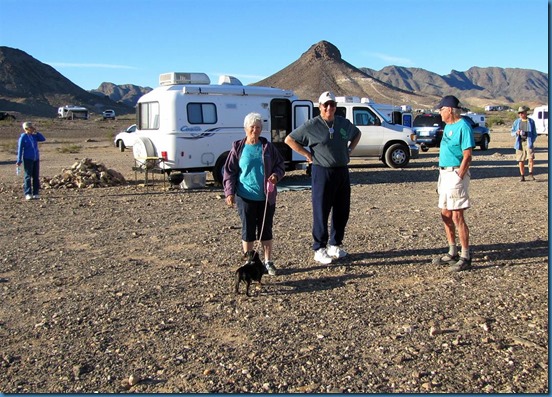 More friends we made years ago on a Utah tour. 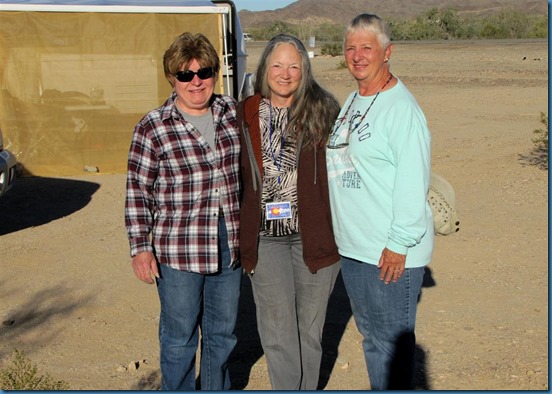 We had to suffer through more of these each day. 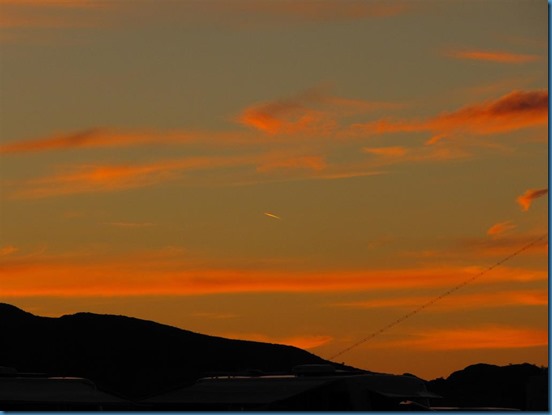 The final count of trailers on Saturday morning was over 170.  I was told that makes the Quartzite Gathering the largest molded fiberglass rally in the world.  Way too large to be able to visit with everyone.  We did make some new friends from Victoria, BC, and another couple from Minnesota that works in Glacier NP each Summer.  I’m thinking we need to start planning a trip back to the Northwest.

We departed Dome Rock around 9 AM on Saturday.  Arrived at Gilbert Ray campground near Tucson around 2 PM.  Just in time to grab the next to last site.  Forgot it was a holiday weekend.

We enjoyed a quiet afternoon, and another of God’s paintings from the campground. 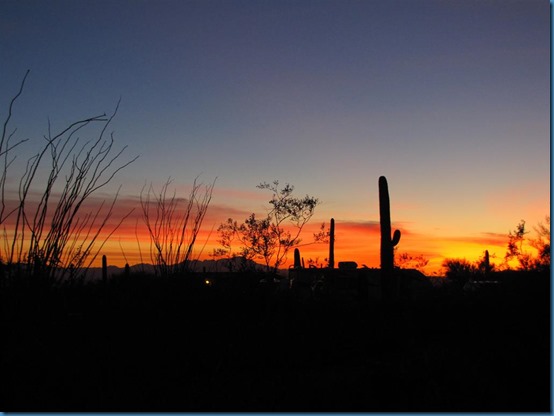