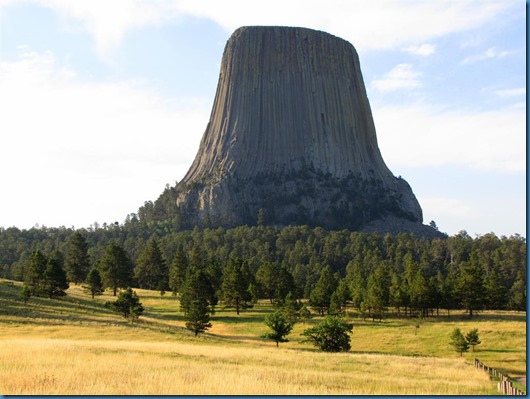 Rising out of the plains of northeastern Wyoming is America’s first National Monument.  Created in 1906, just shortly after Yellowstone become our first National Park.  It is an iconic landmark that has captivated people through the centuries.  I found it most unusual that geologists agree on what it’s made of, but can’t agree on how it got there. At present there are four different theories.

It begins to get light around 5 AM this time of year in Wyoming.  I decided that I would get up early and do a hike around the base of the tower.  As one leaves the campground you pass this sculpture.   Created by a Japanese artist, it is called the Sacred Circle of Smoke.  Depicting a puff of smoke from a peace pipe, It is designed to help visitors understand the importance of the tower to Native Americans. 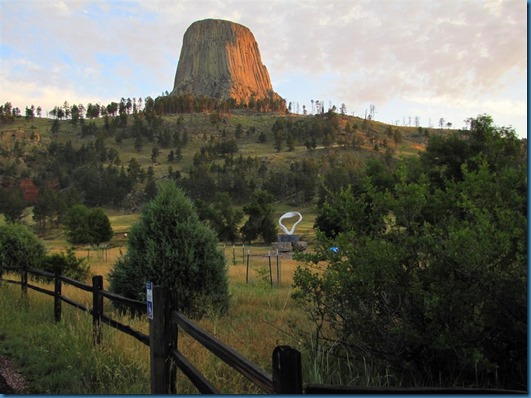 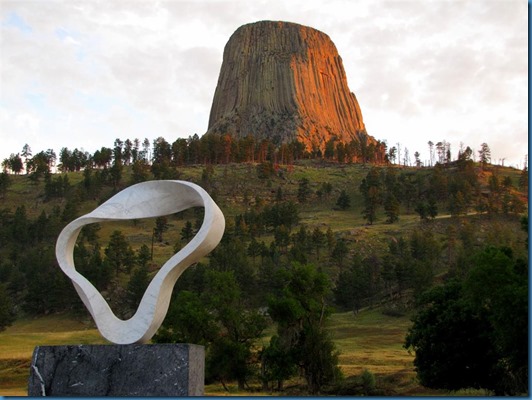 It is his third such sculpture around the World.  The first two being at the Vatican and somewhere in India. 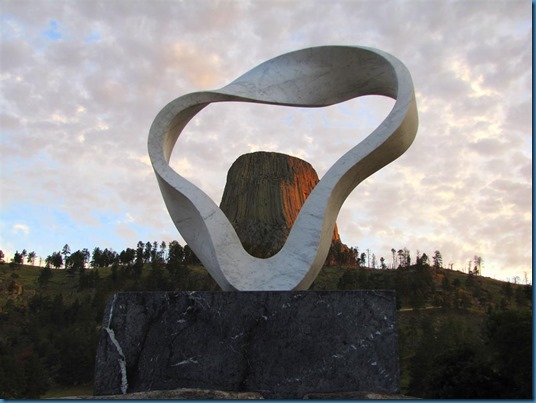 The tower is massive, but it doesn’t have the visual impact up close like it does from a distance. 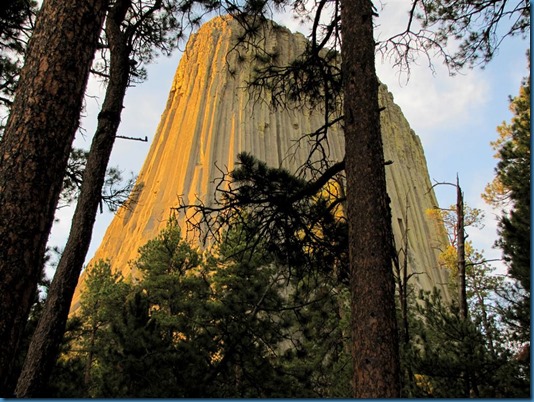 Towering nearly 1300 feet higher than its surroundings, the tower has been a worshiping ground for many tribes of Native Americans.  Prayer cloths and other items are scattered throughout the area. 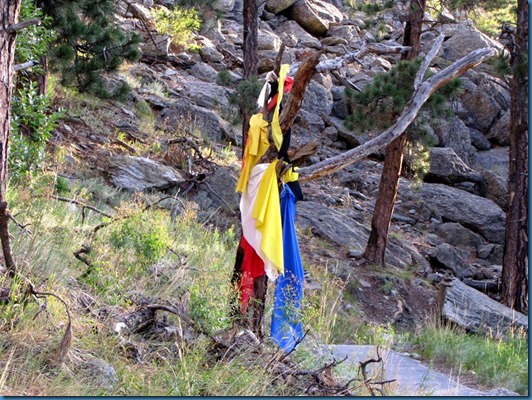 The tower was first climbed by a couple of ranchers back in 1893.  Since that time it has been climbed by hundreds, if not thousnds of people..  The youngest being six, and the oldest being eighty 0ne.  Once on top, one is required to then rappel back down.

Climbers scale the tower daily. Do you see them? 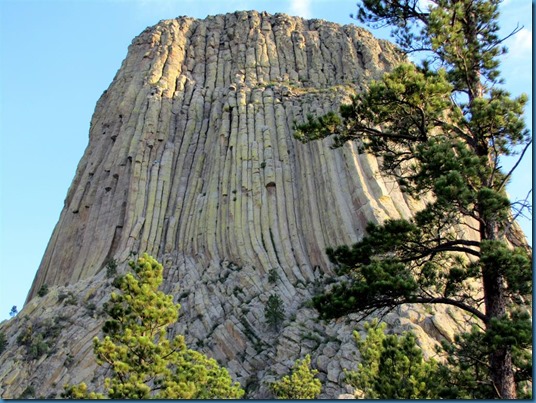 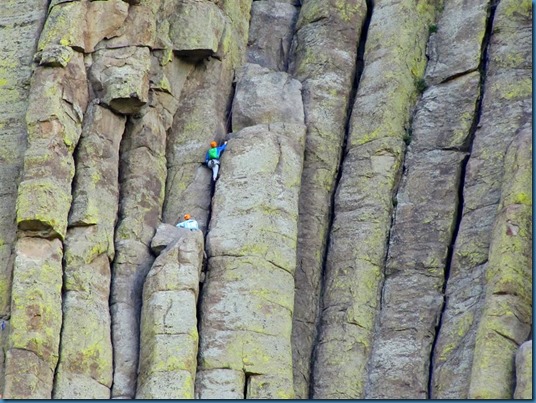 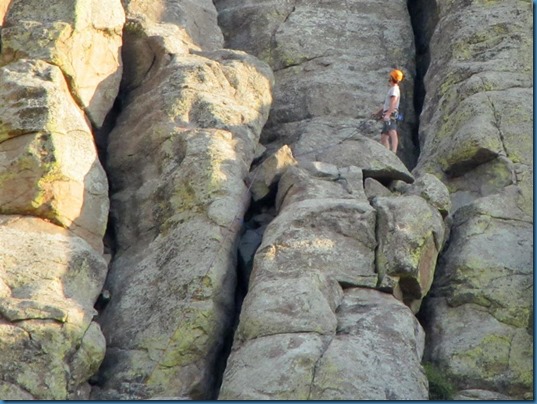 We spent the night in the monument campground.  It was rather small, situated in a cottonwood grove along the Belle Fourche river.  No facilities other than water and toilets. There was abundant wildlife in every direction. 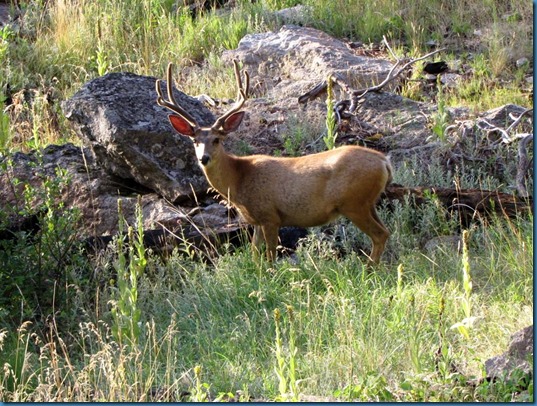 Though we joked about the old move “Close Encounters of the Third Kind” from back in the seventies or eighties, we didn’t see any Aliens.  What was weird is that both our phones showed voice and data available, but we couldn’t make a call or text.  And, according to the rangers, it was supposed to be a clear night with possible sightings of the Northern Lights between 11 PM and 1 AM.  Thunderstorms rolled in at dark, and lasted most of the night.  There might be something to that Alien influence after all.

Whatever the reason, I’m glad we made a little detour to mark this one off the bucket list. 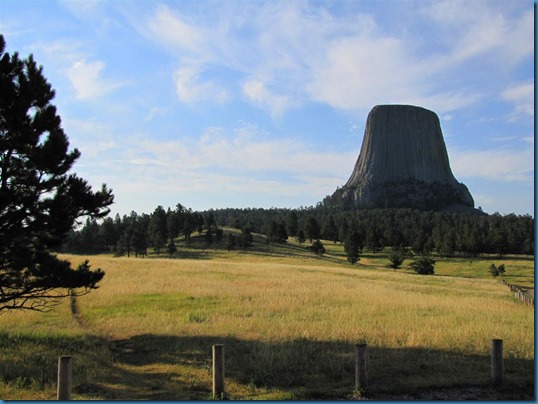