After departing Haines, we backtracked up the highway to the Alcan, and headed for Whitehorse.  Back into Wolf Creek campground, a Yukon government facility.  It was time to do laundry, grocery shop, etc.  We spent only the night there, then headed toward Skagway.  We planned to stop at a Yukon campground just South of Carcross, called Conrad.

Conrad campground is the newest of the Yukon territory campgrounds, and isn’t even mentioned in the Milepost.  Conrad is an old ghost town location, but little remains there now but an old cabin or two, unknown relics, and these wooden towers stepping from Tagish lake to the top of the mountain across the way. 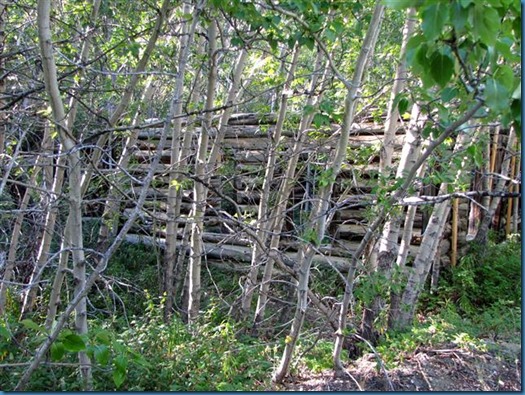 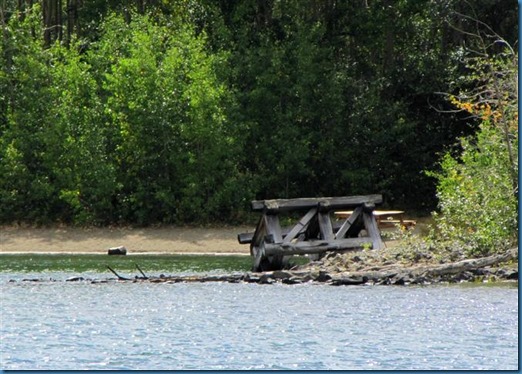 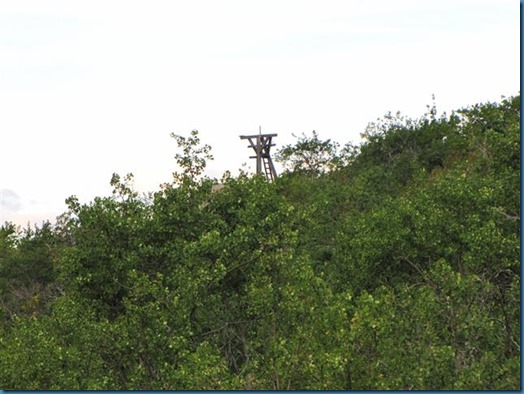 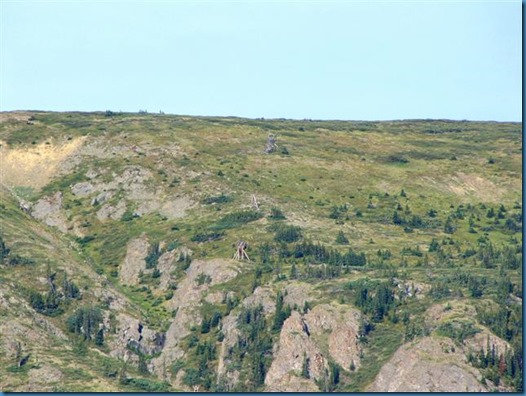 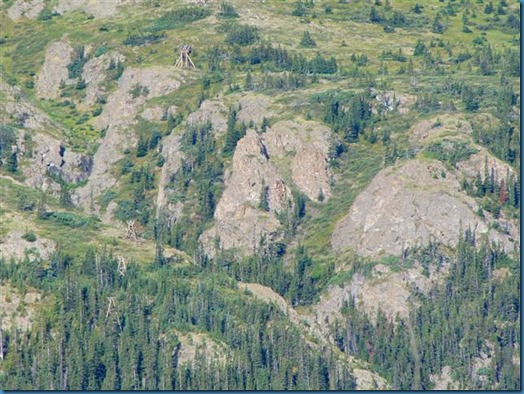 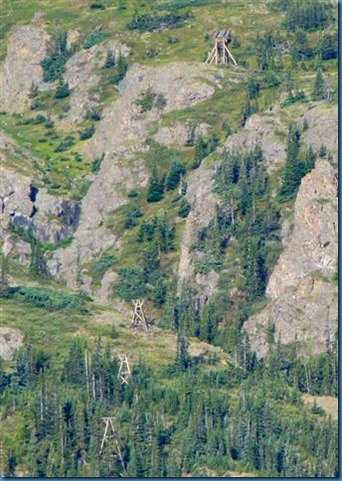 There was even broken cables hanging from a few of them.  Sure made me wonder when and what.

Conrad campground also got us up close and personal with our first forest fire.  Thankfully, it was across Tagish Lake from the campground. 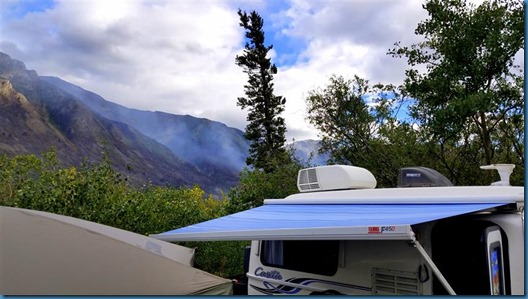 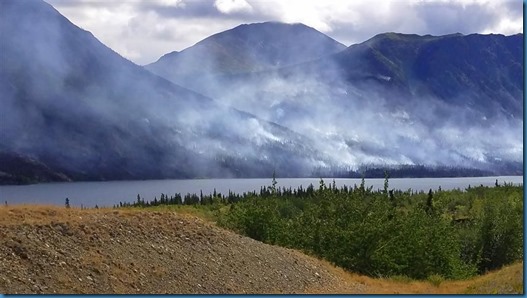 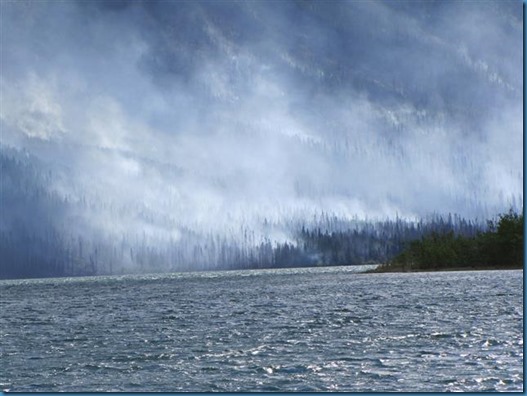 Mostly smoke, which the wind kept from us, but occasionally we would see flames as a tree flared into oblivion. 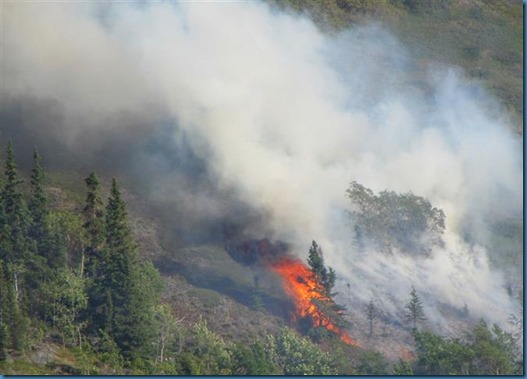 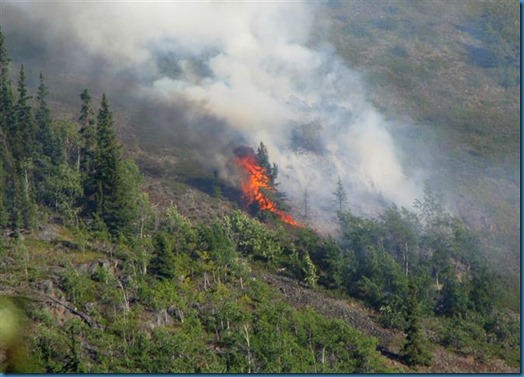 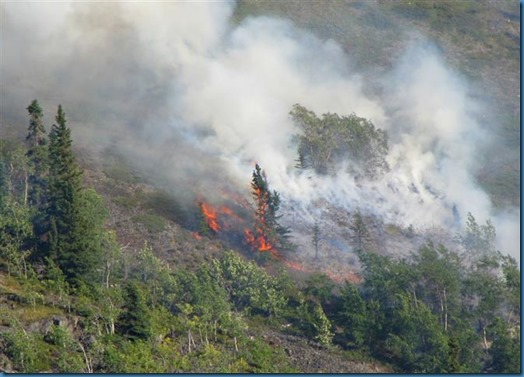 Carcross is a small Native village that has become a tourist attraction.  What was once an mostly abandoned village after the gold fever abatted, now has a mini-mall of local merchants, as well as a stop for the tourist train up from Skagway. 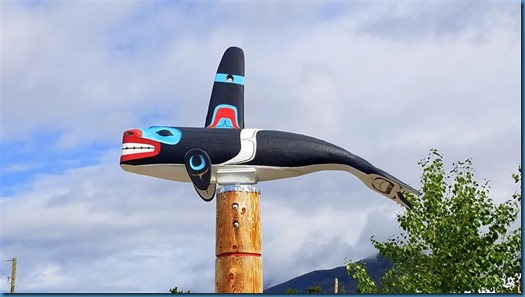 One of the storefronts. 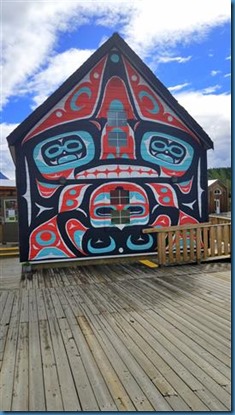 Carcross is also the location of a desert of sorts. 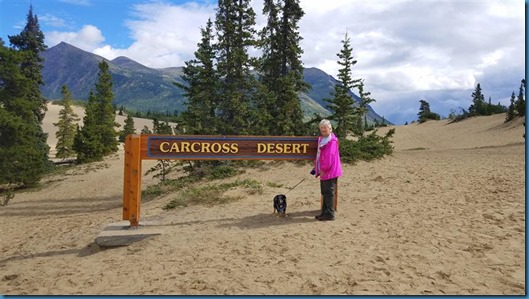 Many acres of windblown sand from the nearby lakes and rivers.  Much like the dunes California. 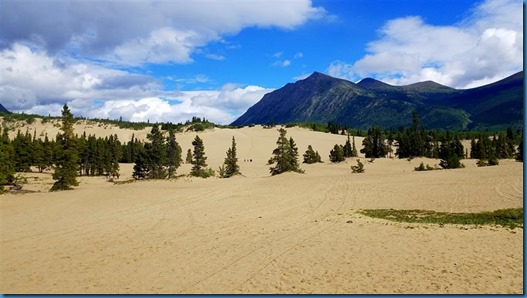