The conditions on our return trip from McCarthy were even worse than the drive down.  The rain began just as we were leaving town, and the road became a slick and slimy mess.  It was well after dark when we arrived back at the camper, so no pictures.  It rained steady all night, and there was a large puddle of water just outside.  I took a bucket and sloshed water over the doors and windows to clear them enough to see through.  The door handles were full of grit, and the sound of letting down a window would send chills down one’s back.

After a stop in Glenellen to dump, we continued on to Tok.  We had made a grand circle, first arriving in Tok on June 17.  It was now August 4.  We were tired, and decided to just enjoy a  small state park just out of town for a couple of days of doing nothing. 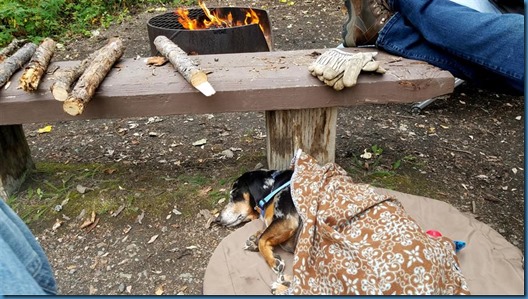 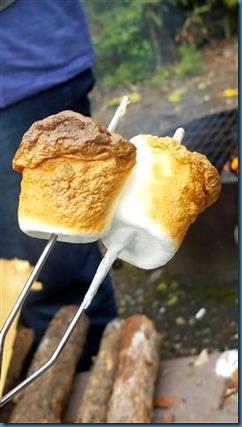 Our next destination was to be Haines.  Entering back into Canada, then again into Alaska.  Driving South from Tok, the leaves were already changing on the small Willows and Aspen. 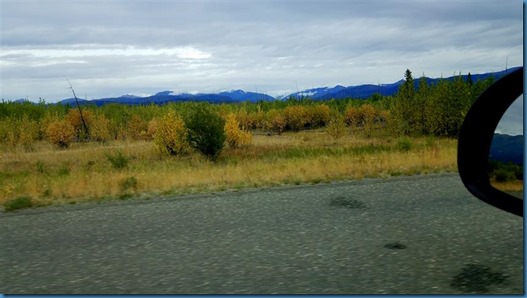 In my opinion, the best scenery in Alaska, other than Denali and the Portage Glacier area, are the roads down to the coastal towns.  Sadly we missed seeing it on the way to and from Valdez and Haines due to fog and rain.  We knew we were driving through a beautiful area from the roadside clues.  We just couldn’t see it.

Arriving in Haines, we checked the campground options and selected one at Chilcoot Lake, a few miles from town. 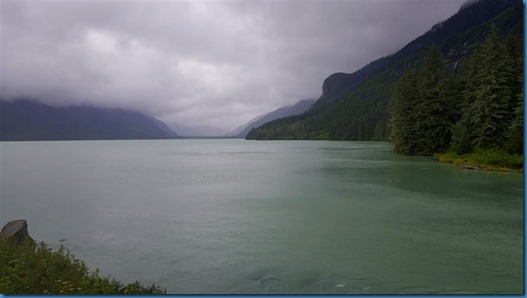 The campground was situated in what appeared to be a magic forest.  Dark, dim, and spooky. 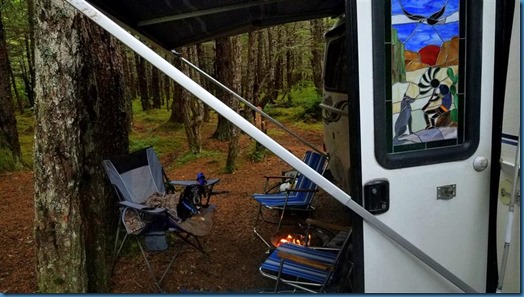 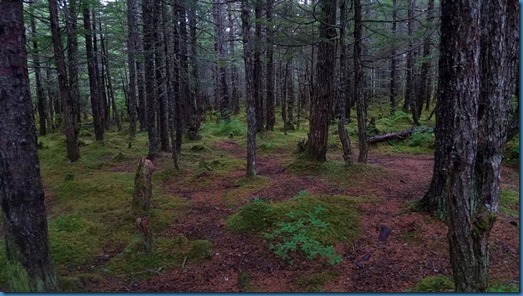 To add to the spookiness, the area had Grizzly(Brown) Bears.  One had even been spotted within the campground a couple of times during the past week.  This one was hanging out just outside the gate. 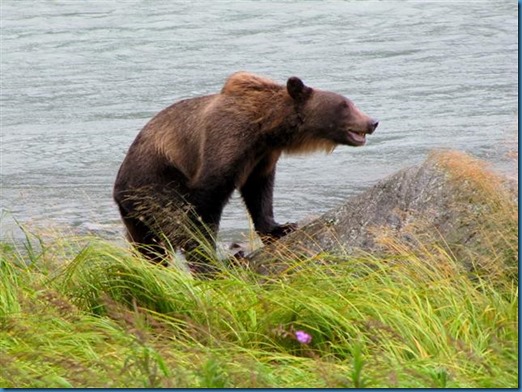 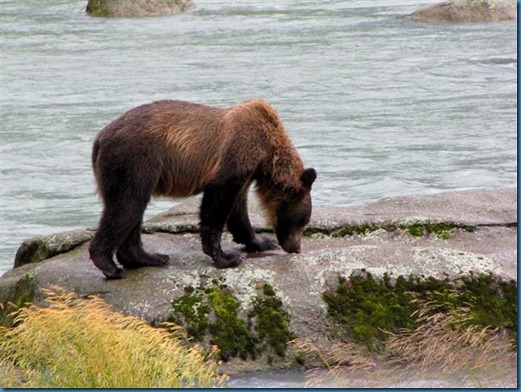 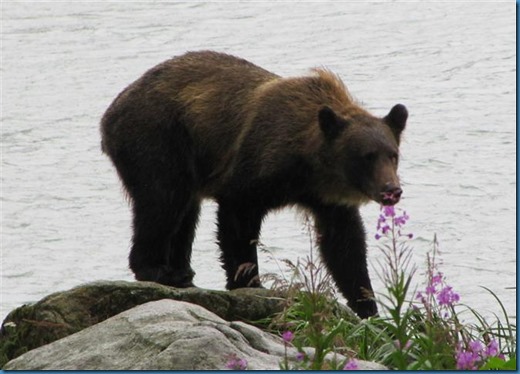 The rain put a damper on outside activities, but I found a place I couldn’t pass up.  The Hammer Museum. 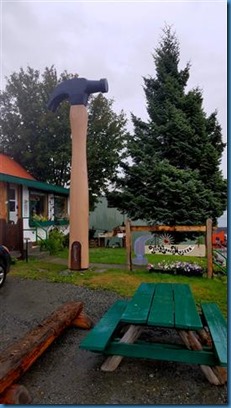 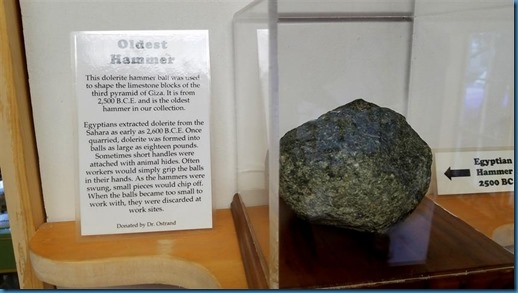 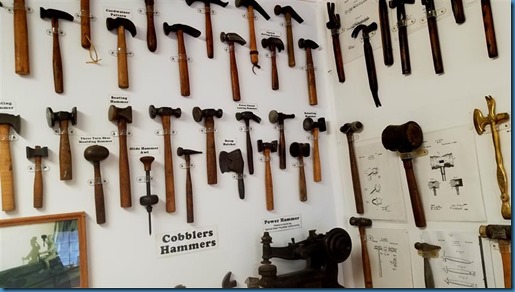 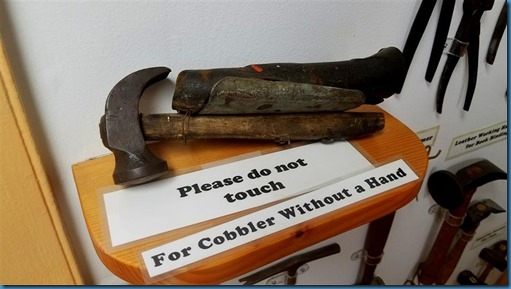 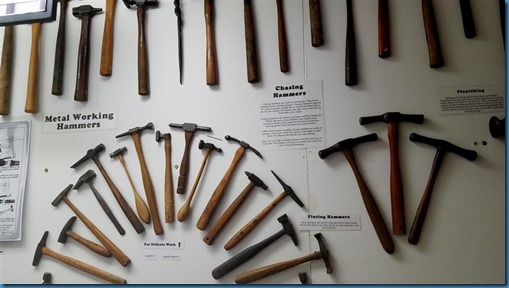 Glass hammers.  Can’t be of much use, but I thought they were pretty. 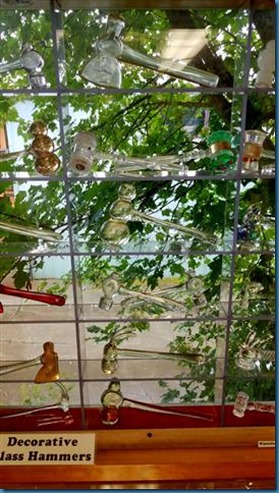 And, of course, your everyday Claw Hammer. 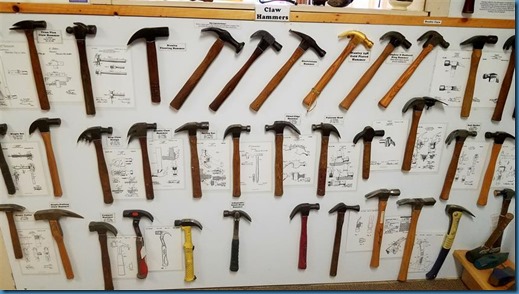 The guy running the place said hardly a day goes by that they don’t receive a hammer or two in the mail.

I saw this on our way back to the campground.  A small net boat on a windy day. 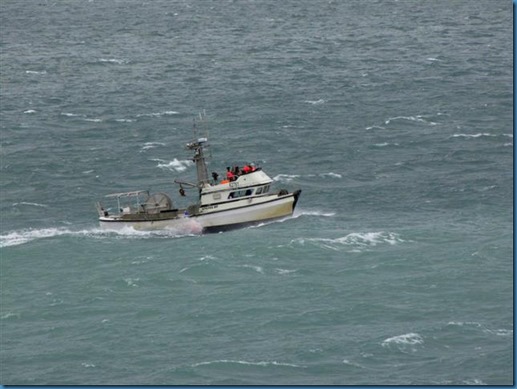 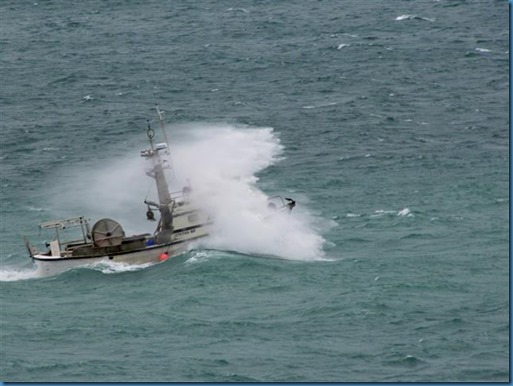 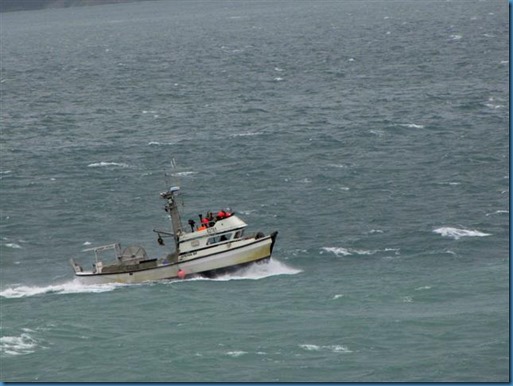 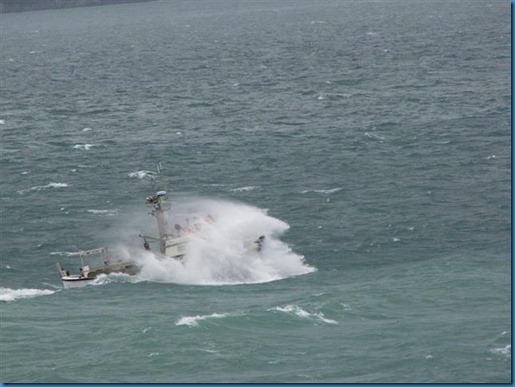 And so it went till they were out of sight…..jc