After Skagway, it was back into the Yukon Territory.  We made a stop at Johnson’s Crossing  Lodge on the Alcan for cinnamon rolls, then made a turn to the South.  Hyder. AK was our next destination.  Hyder is quite a ways down the Southeast coast of Alaska, and we took three day to get there.  Our first stop was a pulloff on the Dease river in the Kaska Indian nation. 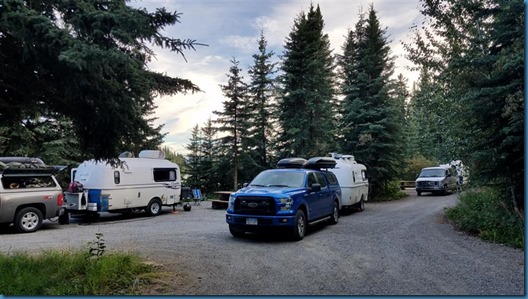 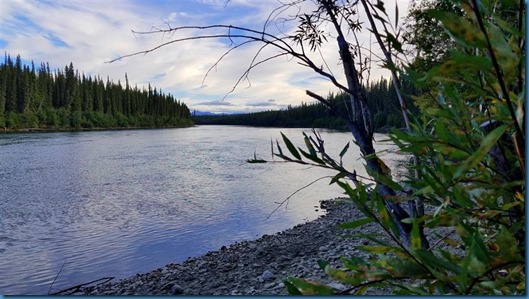 Apparently, it is a busy place during hunting season. 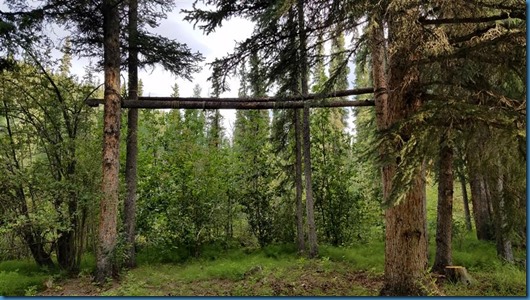 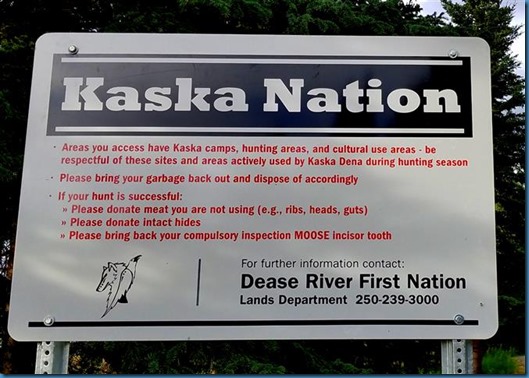 The next night found us in a Provencial park which I’ve forgotten the name of.  A beautiful site. 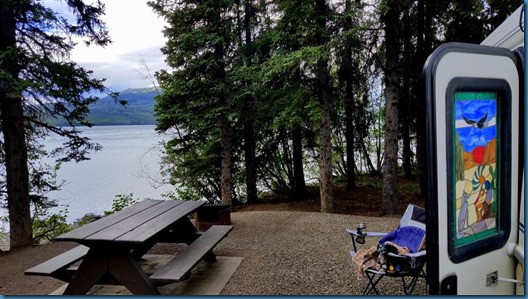 Our reason for going to Hyder was to see the bears.  Spawning salmon draw the bears to Fish Creek.  The Forest Service has a viewing ares. 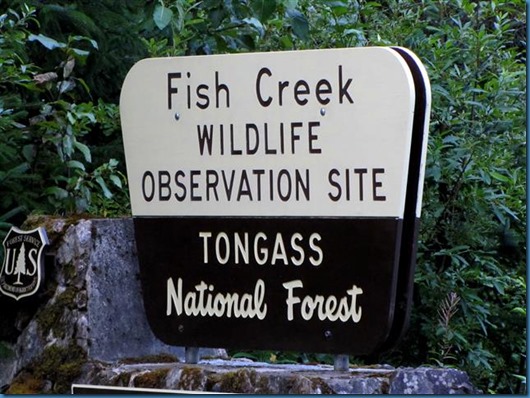 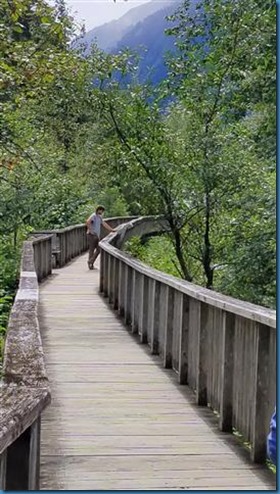 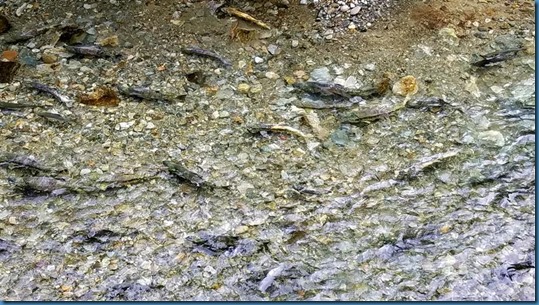 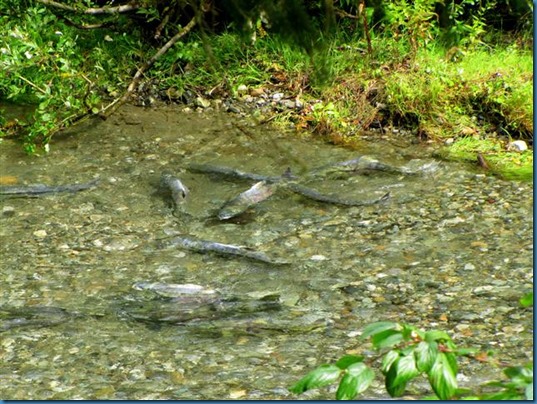 But, no bears.  Apparently, they didn’t get the spawning schedule this year.  Three days, and not one bear.

We did drive up the mountain to Salmon Glacier.  Quite a sight. 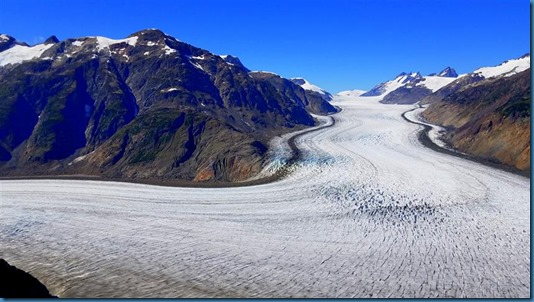 And, had a meal at the only dining option in Hyder.  The Bus. 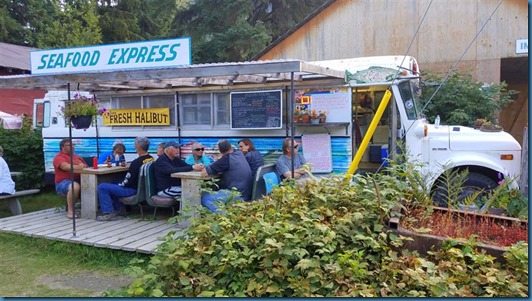 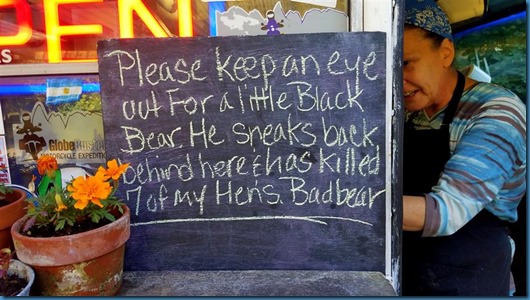 Our friend’s dog, Rudder, was bummed that we made such a detour and saw no bears. 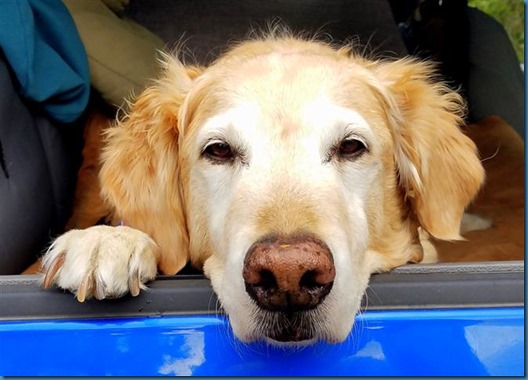