How about a little Big League Softball, and other things? 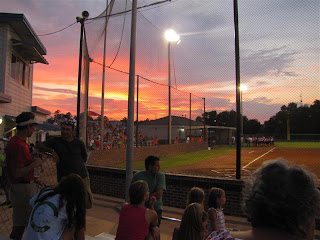 Had a wonderful weekend in Monroe, visiting friends and watching some softball.
Sad to say, I didn't get any pictures of our great campground.  We were surprised when we arrived to see another Casita had checked in.  Patti, from Morgan City, had come up for a visit. We had a gatherin' going on.  Add to that friends from Memphis showing up, and it was a great weekend of  visiting and softball.
Our campground hostess was the best ever.  She put on a shrimp boil that was second to none. Didn't get any pictures of that, either.  Too busy eating.  Thanks GJ. 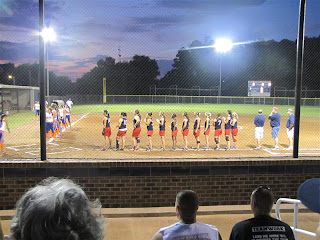 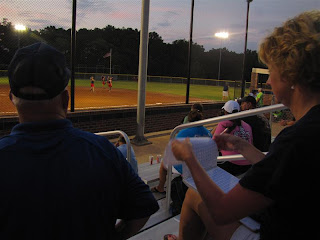 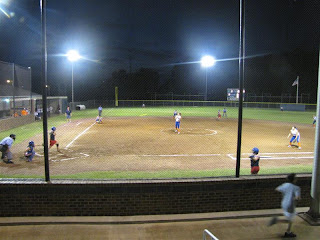 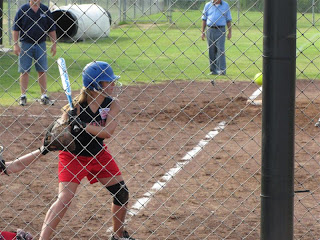 Our girls started out Friday night defeating Arkansas.  From there they went on to play an amazing Texas team on Saturday night.  Unfortunately, they lost that one and found themselves playing Arkansas again Sunday afternoon. 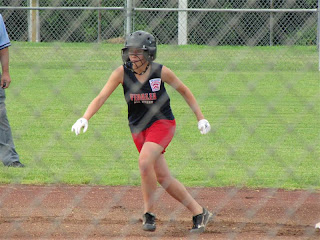 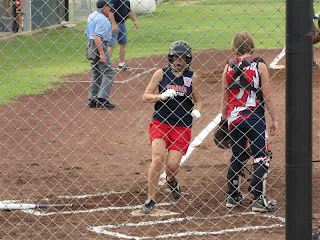 They once again defeated Arkansas, and were to play again later Sunday evening, but were rained out.  They finally finished playing today(Tuesday) and were eliminated from the tourney.  Final game this evening, but my money is on the Texas team that defeated them Saturday to be packing for Michigan.

As there was rain in the forcast for all of Monday, we loaded up and headed home.  Stopped for gasoline approximately 30 miles from home and noticed this. 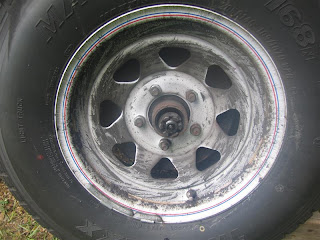 Luckily we knew someone nearby where we could park the trailer. The Casita received all new running gear last Fall and has been approximately ten thousand miles since. Not sure what caused the bearing to fail, but luckily I caught it before the tire ran off. Thankfully, it didn't fail while we were out West.
Went back this morning and was able to get everything off without too much trouble. 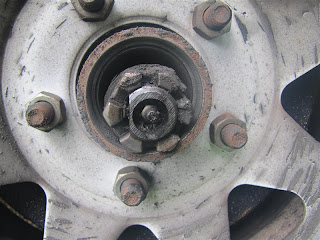 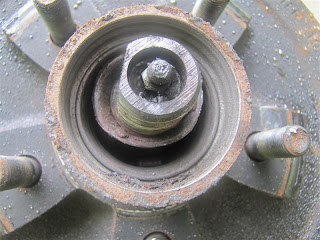 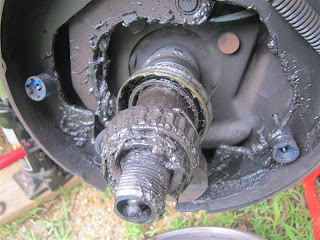 I was able to get some new bearings locally. Put everything back together and brought it on home.  Will probably order all new hubs, bearings, and brakes for both sides. Next trip is scheduled for first of September.  Gotta get rollin'..................jc
Posted by JerryC at 5:54 PM