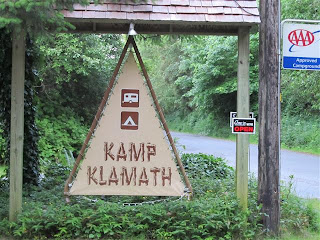 One of our stops along the Northern California coast was at Camp Klamath RV park on the Klamath River. We were there on a Saturday night when they put on a salmon feast. More details were posted “here” .  The local Indian tribe has special fishing rights and they sell some of their catch. The fish we ate on Saturday were swimming the day before. This was, without a doubt, the best salmon we had ever eaten. 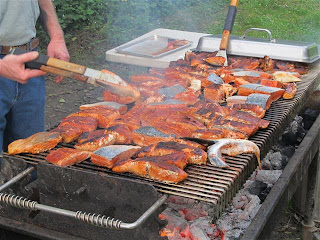 As we were departing on the Monday afterward, I asked if I could purchase some salmon like they had prepared for us. The answer was yes. As we have a small freezer in the Casita, I purchased only two packages. One was consumed a few days later, but the other package made it all the way back home.
We prepared that package last night. Though the temperature was in the low nineties, and there weren't any redwoods or rolling river nearby, it was still great. We did have black bears in the woods, along with a grizzly in the front yard, and they added some ambiance. 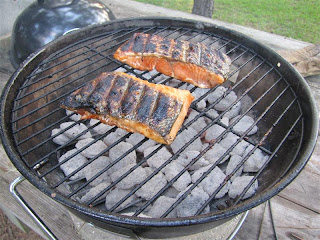 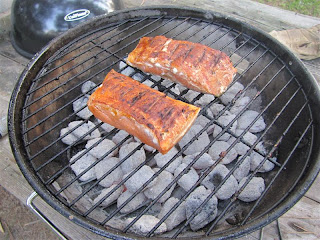 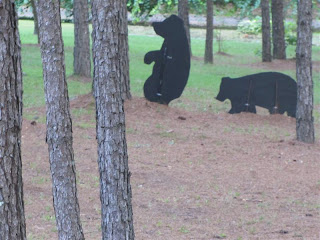 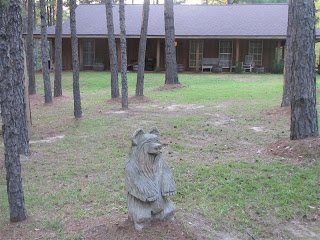