We arrived back home late Sunday afternoon after approximately 5 of the last six weeks on the road.  It was good to see the old homeplace again.  Found everything as we left it, which is a concern these days. 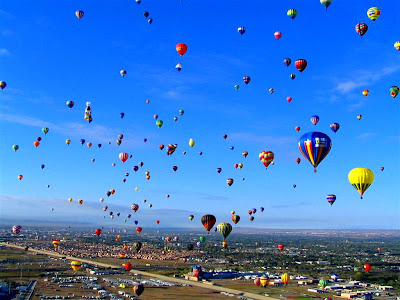 Though we have been fortunate to attend the balloon festival in Albuquerque, with over 600 balloons launching and flying within minutes of each other. 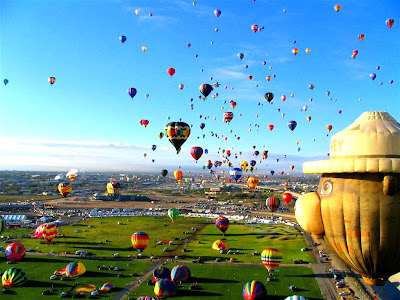 And all the special shapes which make you ask: How does it fly, and how many crew does it take? 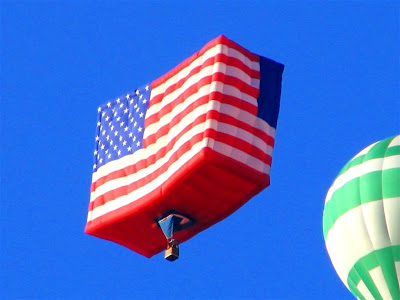 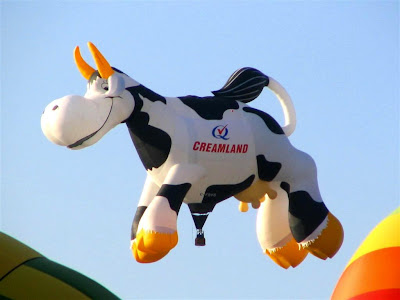 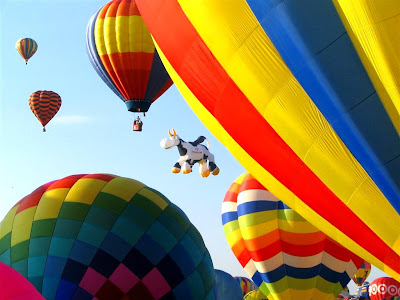 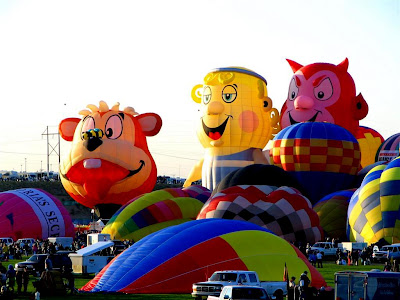 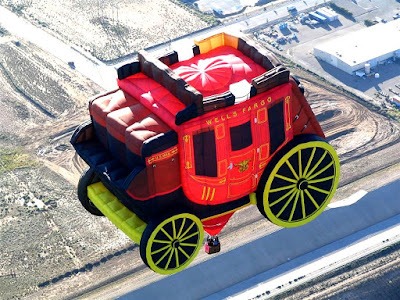 There's nothing better than getting together with good friends, good weather, a couple of balloons; and just having a good time.  From releasing the piball, which tells us the direction and approximate speed of the wind; 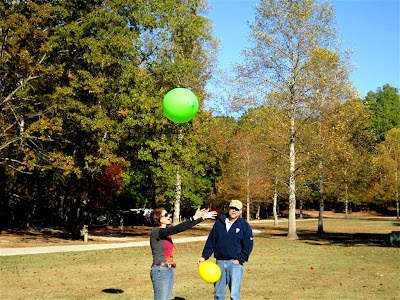 To seeing a good friend who has never experienced the feeling of free flight in a wicker basket, going wherever the wind has a mind to take her, hoping her crew will be there in time to help on her return to mother Earth; 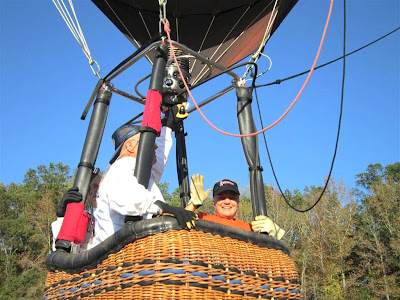 It doesn't get any better!
We are thankful to dear friends who allow us to be a part of the fun year after year.  By allowing us to share the joy with other friends is beyond measure.  To hear someone say that they wrote five pages in their journal, more than they had ever written before, on the experience is just awesome. Hopefully we can help in sharing the fun with others in the future.
Posted by JerryC at 10:13 PM