Moving on East and South 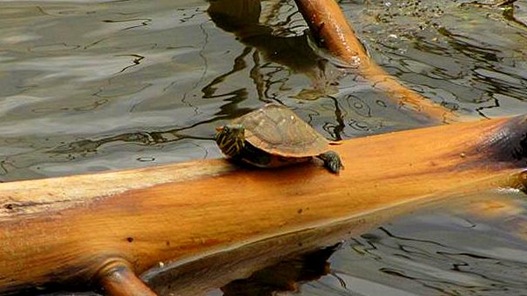 We departed Maumelle, headed for Memphis, TN.  Our friends we balloon with have a beautiful ten acre spread in Collierville, and that was our destination for the day.  They have hookups for a RV, and we were all set up and relaxing in the shade when they arrived home from their business.  After hugs all around, we spent a couple of hours visiting before going out to dinner.  Out first experience at one of those Japanese steak houses.  Quite an experience for an old country boy.  Was about ready to call the fire department with all those flames and smoke on the grill.  Really had a great time. Quite a show, and good food , to boot.  We had an  enjoyable evening with them, as it had been nearly six months since out last meeting.

Received word that our granddaughter’s team was in the state playoffs, and would be playing a school near Sebastapol, MS.  As this was sort of on the way home, we decided to make the game a stop along the way.  Started looking for a place to stay and came up empty.  A small 1A school in the middle of nowhere.  Finally settled on a small waterways park about 25 miles away.

As I was looking at the map to see what route we would take, I noticed the emblem for a state park near Sebastapol.  Googled it, and found it listed on Reserve America.  How lucky was that?  I looked at the sites and saw that none were reserved, so we just headed in that direction.

We found another hidden jewel.  Golden Memorial State Park.  A woodland park with eight fantastic RV sites with W/E.  Sites 1-4 have their own personal deck overlooking the lake from a high hill. 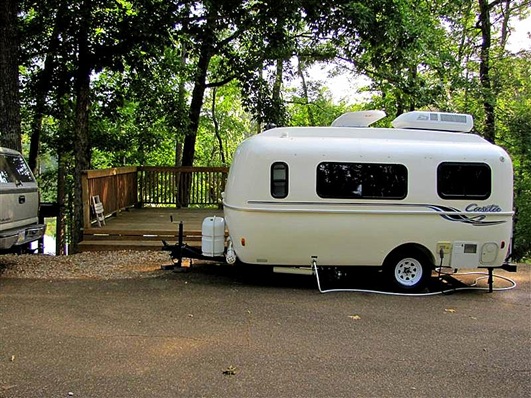 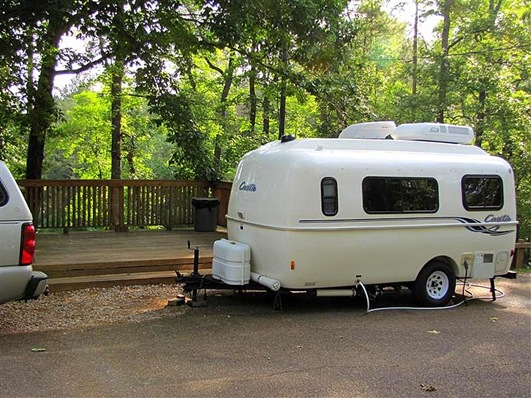 A view from the deck, down toward the small lake. 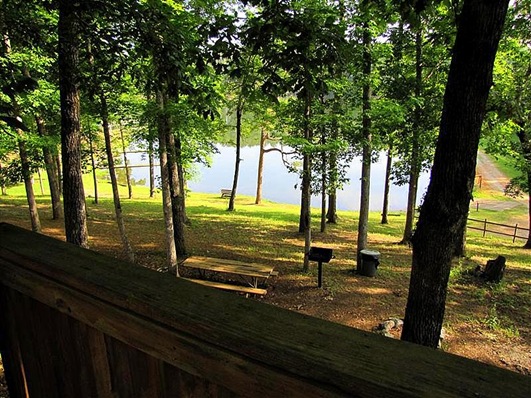 The park was old, probably created in the 40’s of 50’s, judging from the swimming area and all the old pavilions scattered around the lake.  Bet there were lots of family reunions and swim parties held there in years past.  The name itself is in honor of an old one room schoolhouse that once stood on the site.  There were four new cabins overlooking another part of the lake. 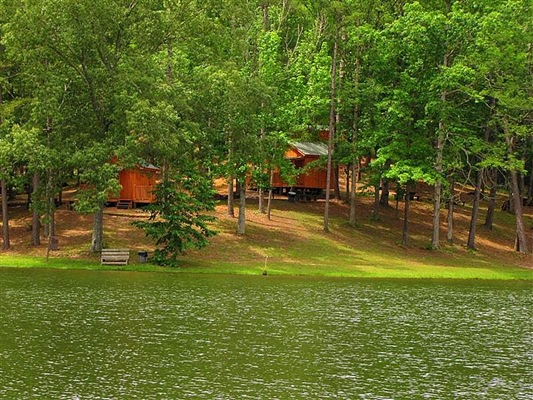 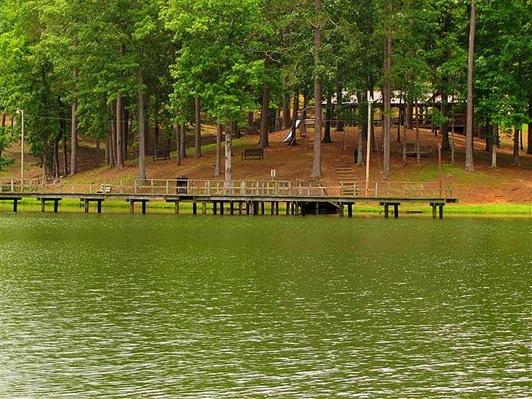 Overall, it was a another fantastic find.  Only about four miles from the ball field.  We stayed there two nights and were the only folks in the park other than the Ranger which lived onsite.  Headed home, tomorrow.  OBTW;  We won the ballgame……jc

And a late question for all you bloggers out there.  What magic button do I need to click to allow comments to show up automatically on my posts.  Tried to google an answer, but got nowhere. I can see where comments have been made, but I have to click on comments to read them.  I notice most everyone else’s appear below their posts.  Thanks in advance…..jc
Posted by JerryC at 10:12 PM