On to the State Championship! 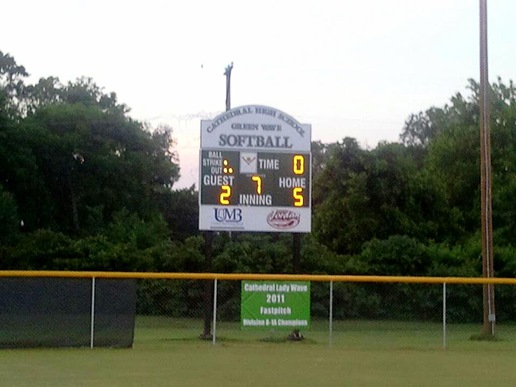 Short post tonight, but just had to get this out there.  Our granddaughters fast pitch team won the South State Championship this afternoon by winning two games, back to back.  They lost the first game of the playoff ( best two out of three) last Thursday,  and were scheduled to play the other games Saturday, but were rained out.  We traveled to Natchez today to watch them play and they were awesome.  The beat a very good team 4-2 in the first game and followed that up with a 5-2 win for the South State Championship.

Most of these girls have known each other since starting t-ball at age 5 or 6, and have worked very hard to get where they are. They will begin play for the State Championship on Friday near Jackson. Hopefully, sometime next Saturday, I will post a picture of the State Champions. 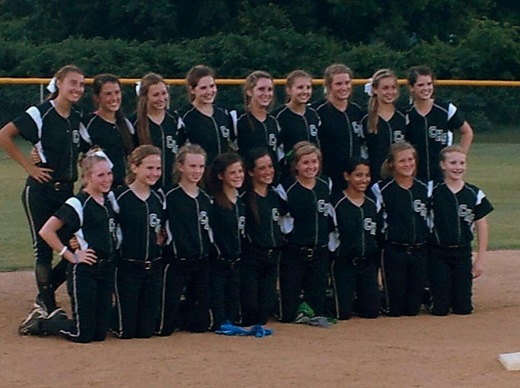 Varsity standing, Junior Varsity kneeling.  A great bunch of girls. Not the best photo’s from my phone, but you get the picture, I hope…….later..jc
Posted by JerryC at 10:52 PM