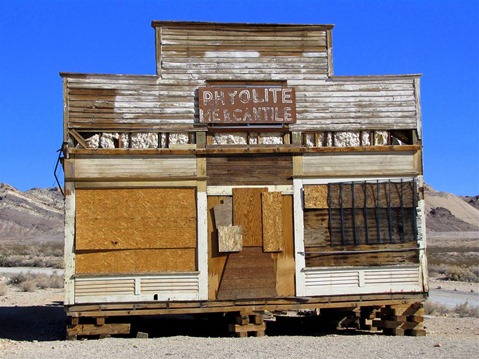 Located just out the East side of Death Valley and near Beatty, NV lies what remains of Rhyolite.  A town which came into being in 1905 when gold was discovered nearby.  By 1907 the town had water mains, concrete sidewalks, electric lights, telephones, railroad depot, newspapers, a school, and everything else a modern city of the time had.  The famous Charles Schwab was one of the biggest investors in the town. There were three banks; one three stories tall, which had Italian marble staircases and stained glass windows. 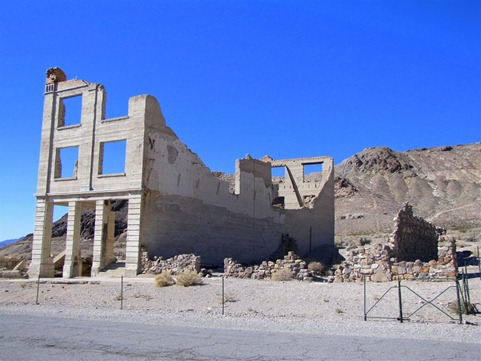 Just hanging on after a hundred years. 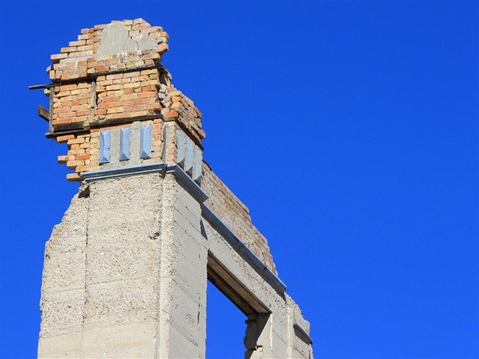 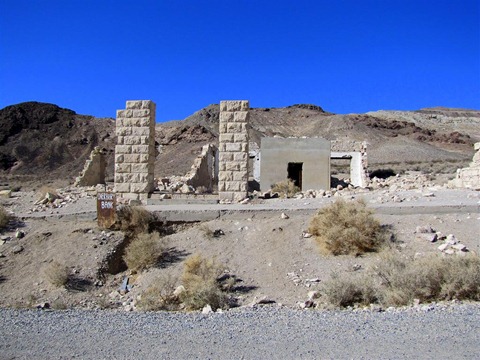 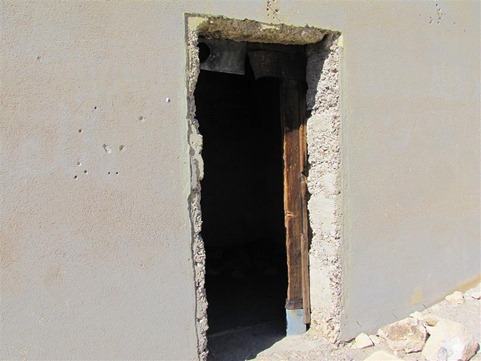 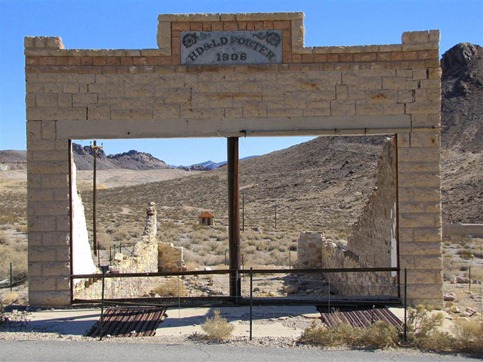 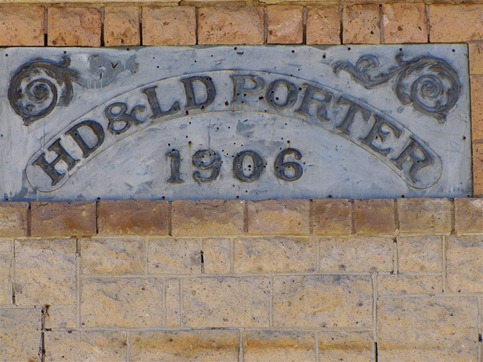 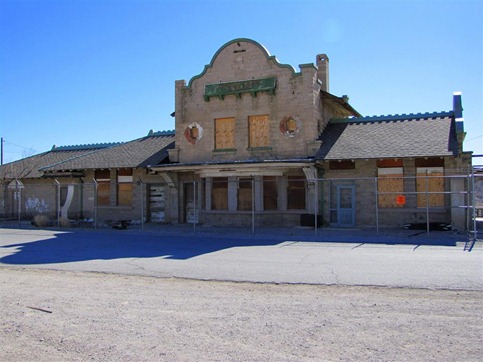 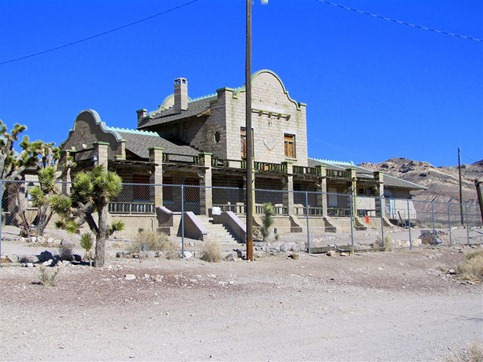 Tom Kelly’s bottle house is still there. It has been restored and is now behind a protective fence.  Over 50,000 beer and liquor bottles were used to build it beginning in 1906. 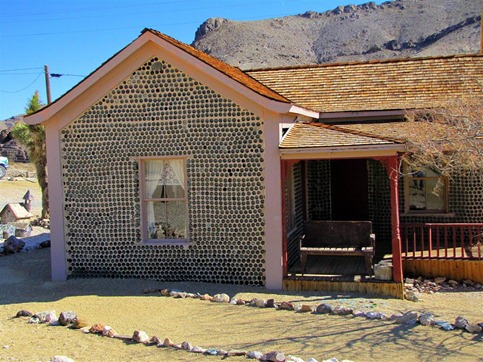 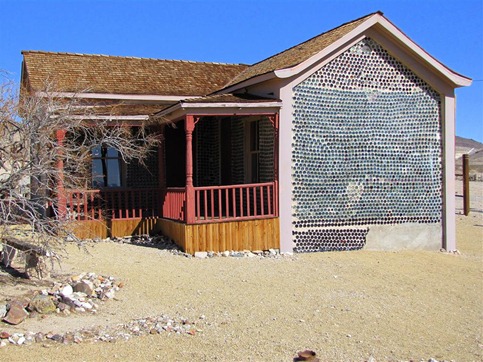 Probably one of the first recycling projects in the country. 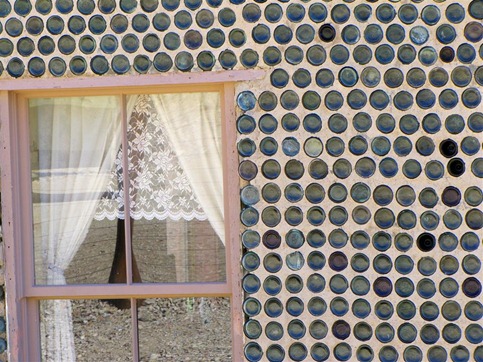 By 1910, or so the town was on the skids.  The gold was gone, and so were most of the people.  By 1916 everything had closed down including the post office and train depot.  Many of the buildings were moved to the town of Beatty, NV; and others were dismantled for the materials and hauled to other mining camps.  It is hard to imagine an entire town go from boom to bust, and mostly disappear, in just a few years.  Rhyolite proves that it can happen. 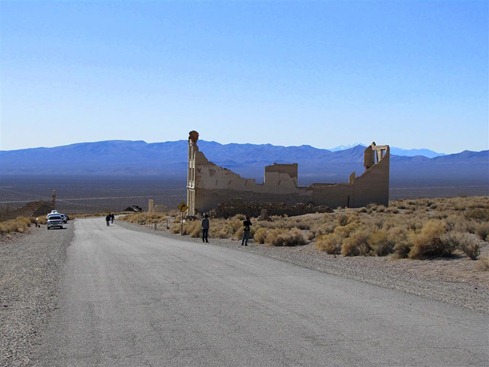 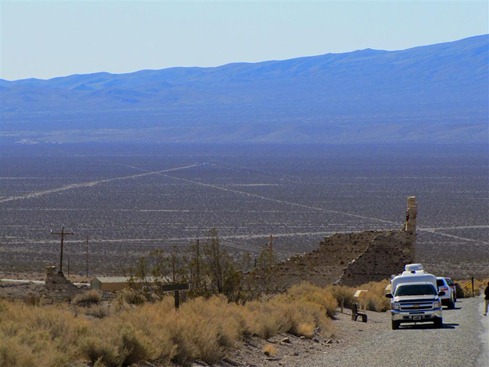 Just another great find on a Blue Highway….jc