I first read of Slab City in the book “Into the Wild” years ago.  About a young man that left home with the dream of homesteading in Alaska.  He spent some time at the Slabs before continuing on to Alaska, where he ultimately starved to death.  His journal was used for the book, and later a movie.

When we started planning our retirement and reading RV blogs, Slab City was mentioned quite often.  Folks went there to spend the Winter months in the warm dry climate.  The history of the place is that it was a Marine base before, and during WWII.  Hence the old guard shacks at the entrance. 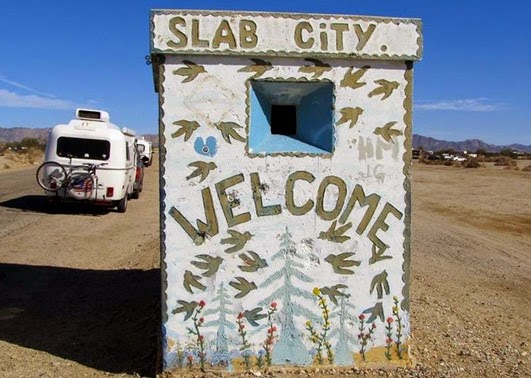 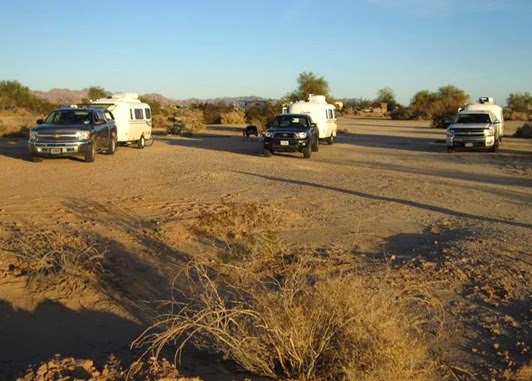 Shortly after the war ended, the Military tore down the entire base, leaving only the roads, reinforced concrete structures, and bare concrete slabs.  Hence the name.  The property was returned to the state of California and basically forgotten.  Sometime later, a counter culture of folks that didn’t necessarily like the way things were, started moving onto the slabs. Lots of artists. 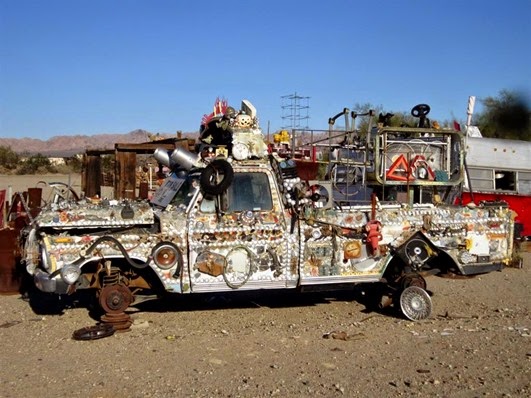 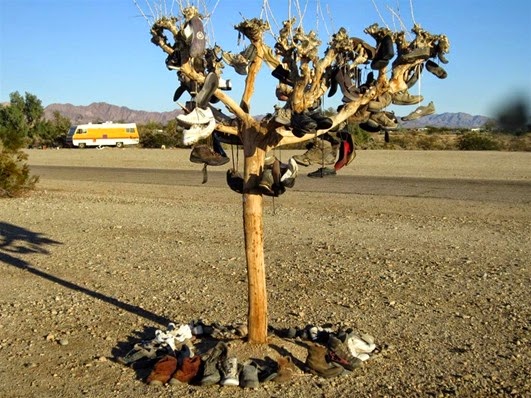 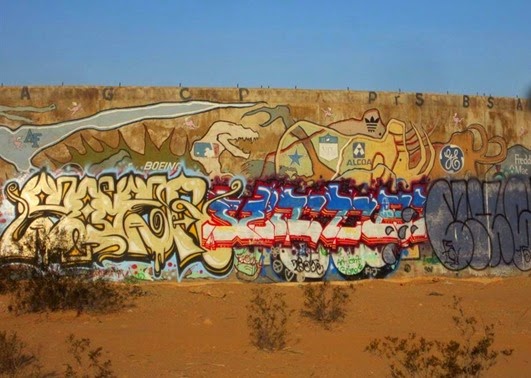 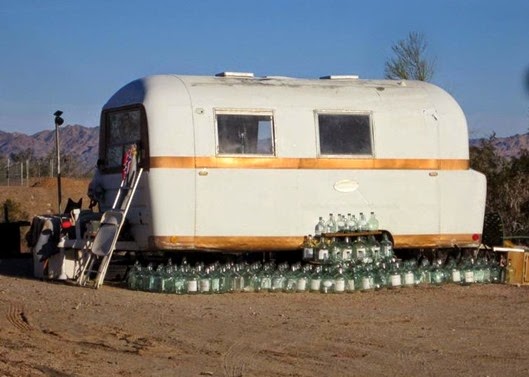 Creating whatever type shelter they could, the became squatters.  As word got around, more showed up.  There is no water supply, garbage, or sewer system; nothing but desert.  Some live here year 'round.  Old folks, young folks, some look like bums, some look like college students.  Male, female, kids; all represented here. 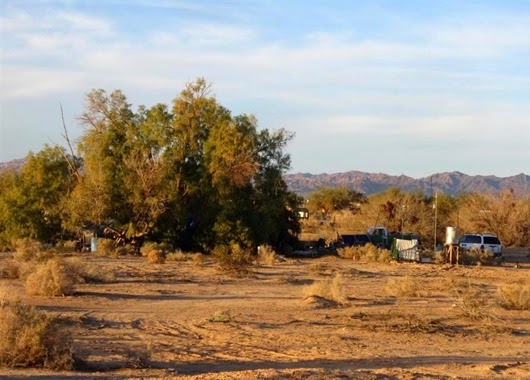 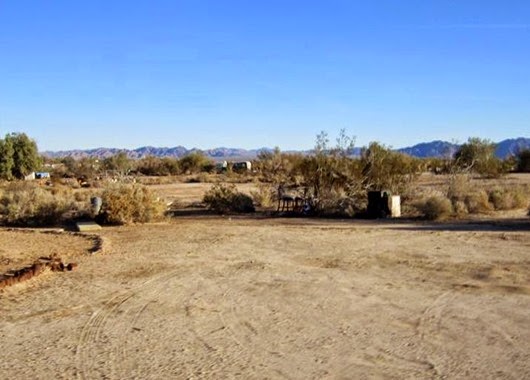 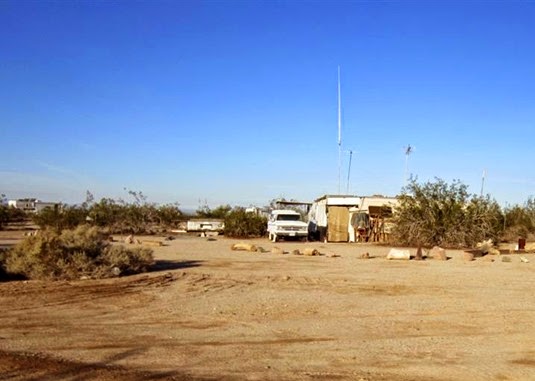 There is a library, 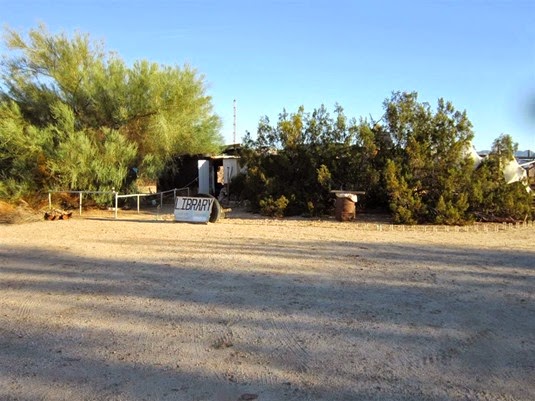 with a reading room. 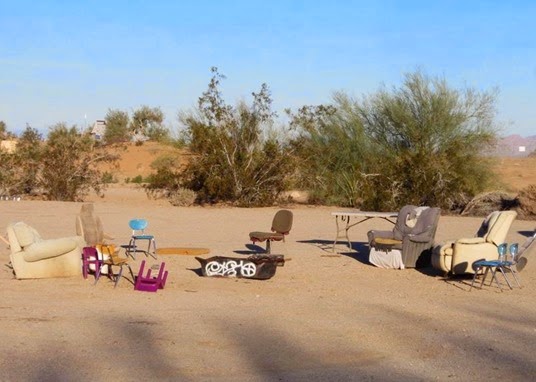 And, Capitalism has found it’s way into the Slabs. One of the best solar guys around runs his business from the slabs. 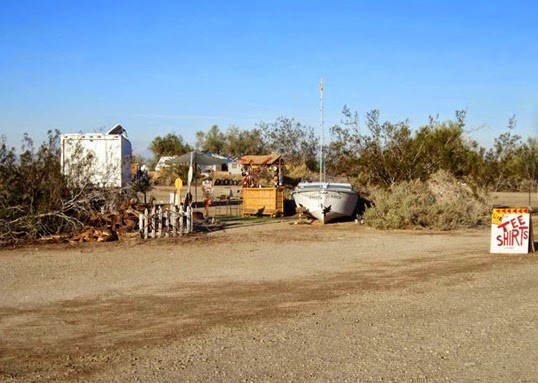 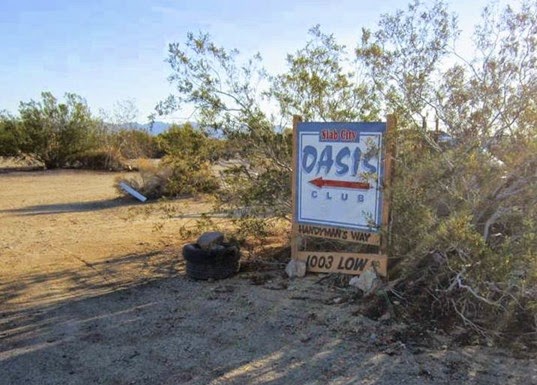 Garbage and trash is everywhere. 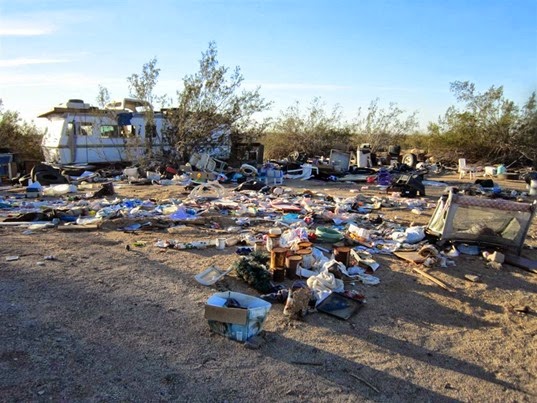 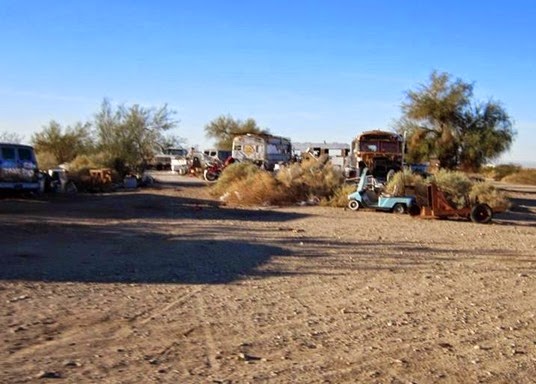 Scattered among all the trash and hovels are motorhomes and fifth wheels of Winter snowbirds. 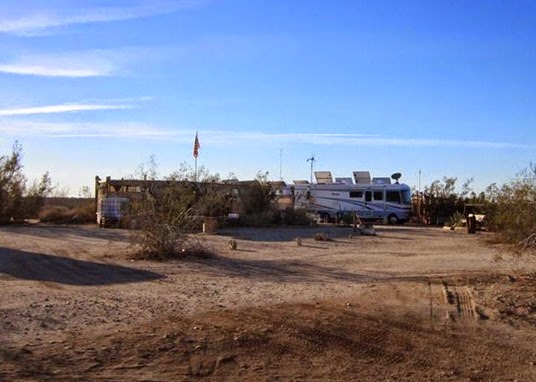 What brings them here is a mystery to me.  The area around the Slabs is either desert or agriculture.  No attractions like casinos, or anything else.  The town of Niland is a ghost town for most part.

Maybe some have that longing to live outside the box, but aren’t ready to give up their creature comforts.  Whatever it is, I don’t get it.  There are way too many nice places to get away from it all.

I understand that the state has plans to evict everyone and clean up the area, again.  They might be better off just leaving them along.  Where would they all go from here.

The best part of our time in the Slabs was this. 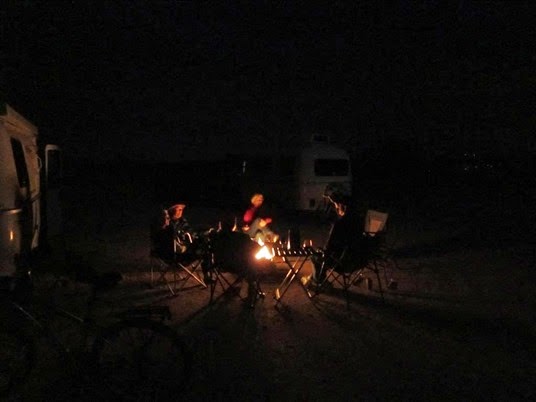 A great evening with friends.  We all made a break for normalcy the next morning.  Been there, done that.  Don’t think we’ll be going back…..jc