Our last full day in Payson, AZ was filled with lots of activity.  First off we went to the gun range and popped a few caps.  Our hostess carried a number of pistols, as well as two rifles, to the range.  We were the only ones there, and had a great time.  I even hit the target most times, but had only one bullseye.

After lunch at a local cafe, we visited the Rim Country museum.  This statue was outside, a memorial to the firefighters that had lost their lives fighting forest fires. 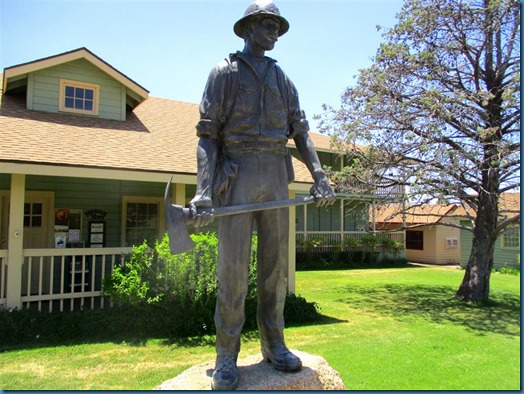 Though the museum wasn’t dedicated to Zane Grey, most of the displays had something to do with him.  He lived and wrote many of his novels near the Rim Country.  That was before he got in a dispute with the local wildlife officials.  Apparently he asked to film a hunt outside of hunting season, but was refused permission.  He got mad, left the area, and never returned.

I snapped a few pictures before the docent told me photos weren’t allowed inside.  She was nice enough to tell me I could use those I had already taken. The museum still held him in high regard. 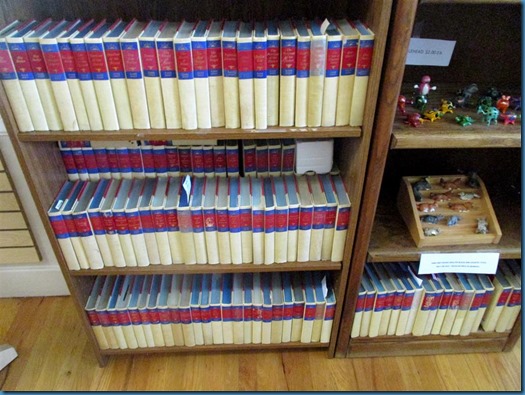 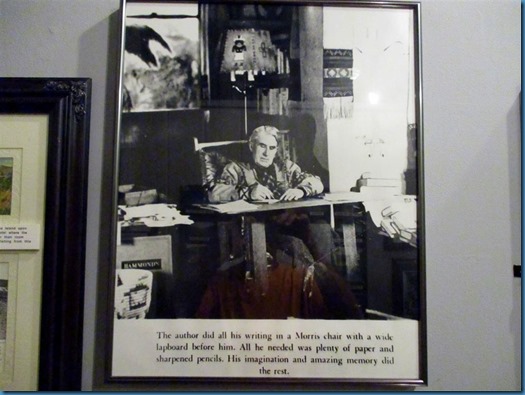 Hand written manuscripts, which were then typed by his secretary. 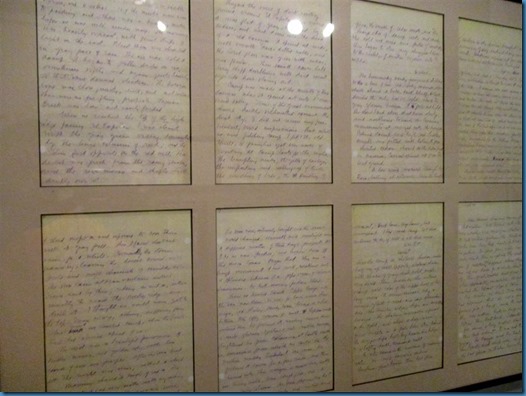 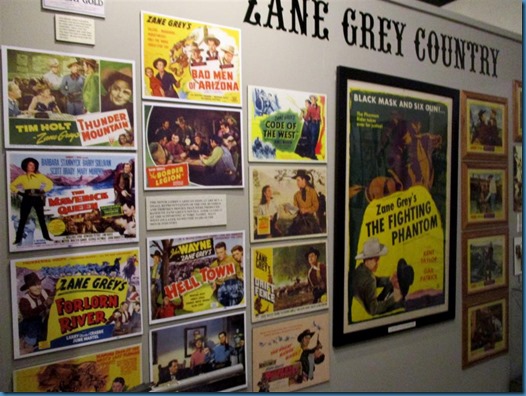 There were many more interesting displays regarding the area known as Rim Country.  A great exhibit on the early Indians, as well as this working model of the sawmill that operated in the area. 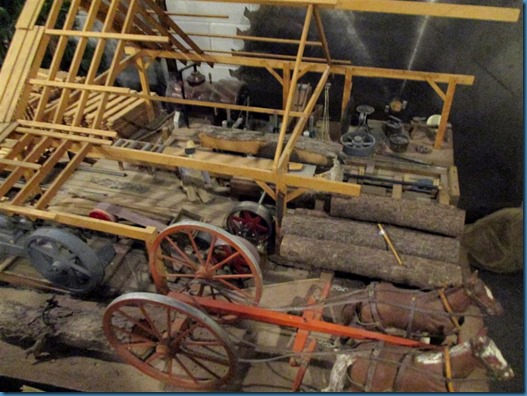 And this diorama of a cabin workshop.  The box was approximately 24”X16”.  Everything was to scale.  The ceiling fan turned, and the shotgun shells on the table fit the gun beside them.  Just take a moment and look at all the things in this room.  What craftsmanship! 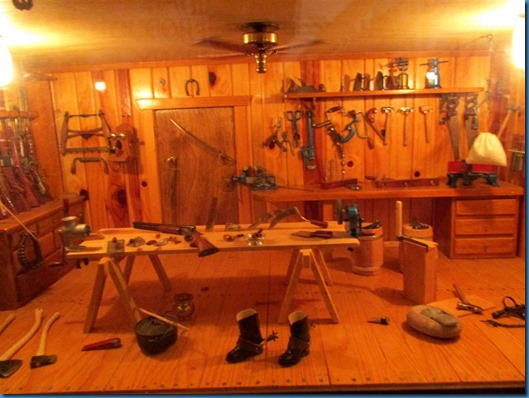 After the museum we headed home for the evening.  The next morning we departed payson for the Mogollon(Muggy-un) Rim.  It was with regrets we said goodbye to our wonderful host, and her beautiful home which we had the privilege to enjoy while parked in her front yard. 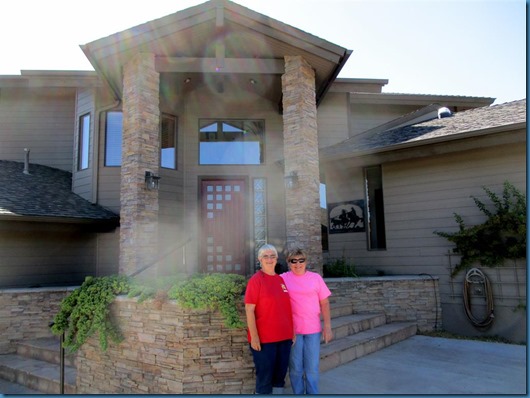