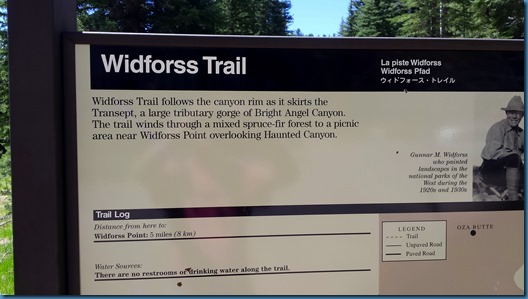 We found another trail of interest near the campground.  It promised a nice walk in the woods, as well as some views of the Transcept.  The trail was named after a guy named Gunnar Widforss.  He painted numerous watercolors during the 1930’s of the geological and enviornmental landscapes of the Grand Canyon.

A warning was posted at the trailhead.  Aggressive wildlife!  What?  Coyote, mountain lion, bobcat?  Not quite. 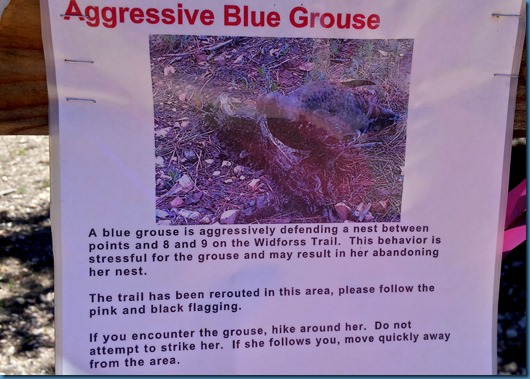 Yes, a Blue Grouse.  She was waiting on us at the detour.  Notice the flagging?  The alternate route bypassed approximately a half acre, but she wasn’t satisfied with that. 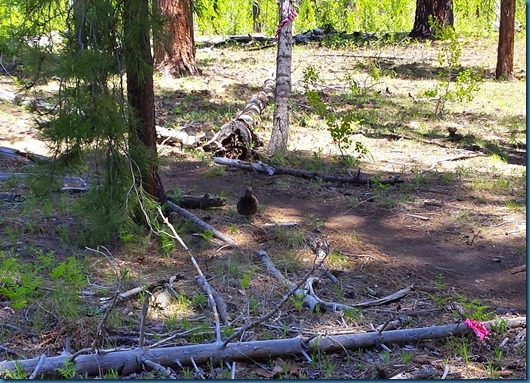 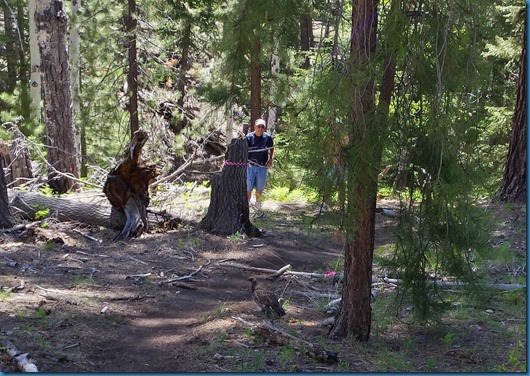 She wasn’t guarding her nest, she was guarding the bypass trail.  And aggressive she was, though not in a dangerous way.  She chased us for twenty yards or so, but no damage.

Much like trails in the Rocky Mountains, the Widforss wandered up and down through Ponderosa Pine and Aspen. 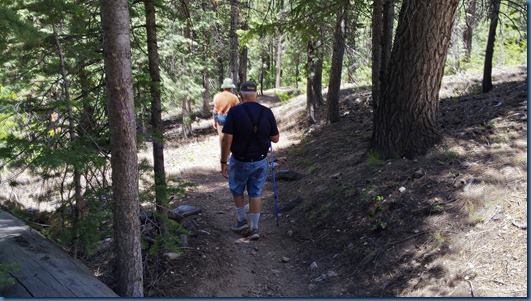 It even went both ways around a large Ponderosa which was over 12 feet in circumference. 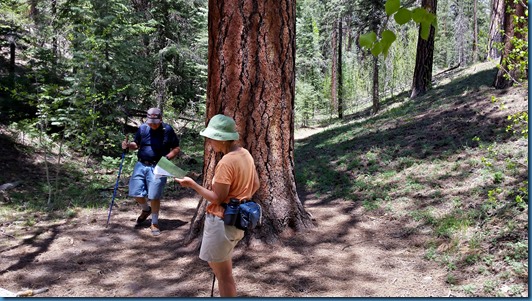 There were numerous views of the side canyon below, as well as across to the hazy South Rim. 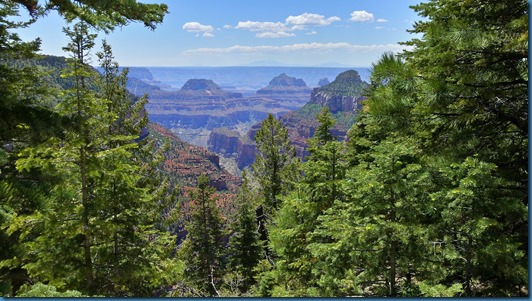 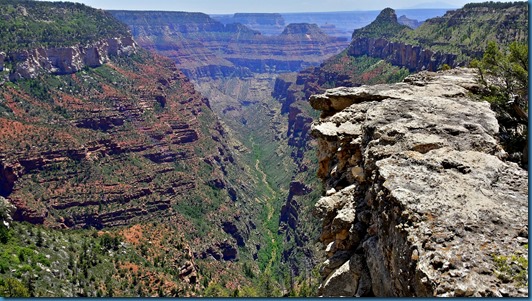 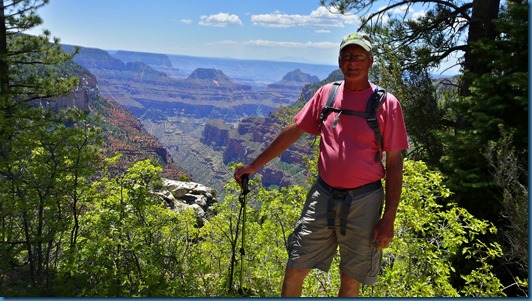 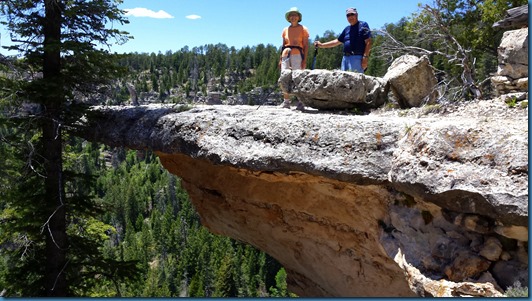 There was even one of those geological markers to be found at the end of our hike. 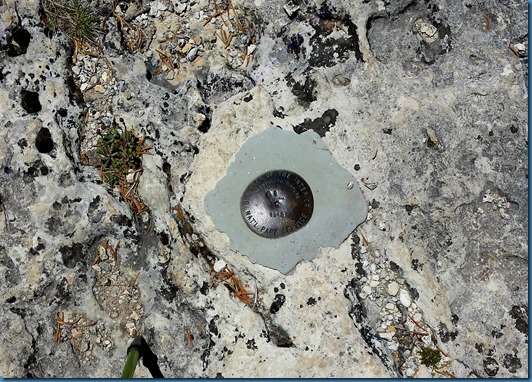 Though we didn’t do the entire five miles before turning around, we did see the most scenic points along it……jc