Friday, the nineteenth, found us leaving Lost Dutchman state park, making a Walmart stop for the things we had forgotten the day before, and heading for the Dome Rock area of Quartzite, AZ.  It didn’t take us long to locate our friends at our usual location.  There were only two Escape trailers there when we arrived, but by the time we were set up, and happy hour had arrived, the number had grown to the two Escapes, two Casitas, an Oliver, and a friend in a RoadTrek. 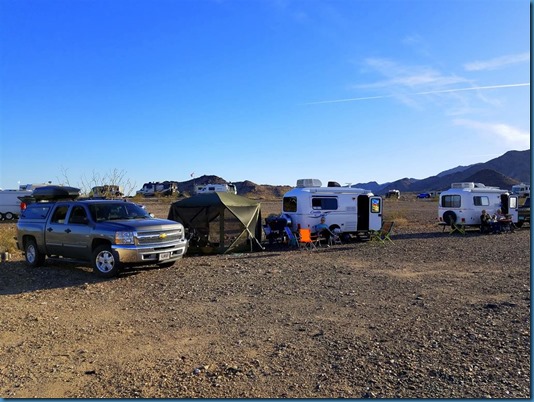 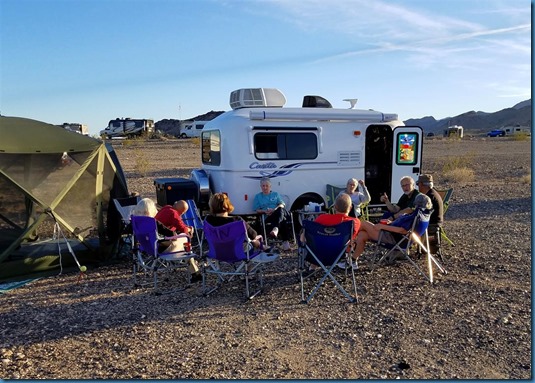 The main attraction in Quartzite this time of year is the Big Tent RV show.  Crowds on Saturday were awful, and Monday’s traffic and folks weren’t much better. 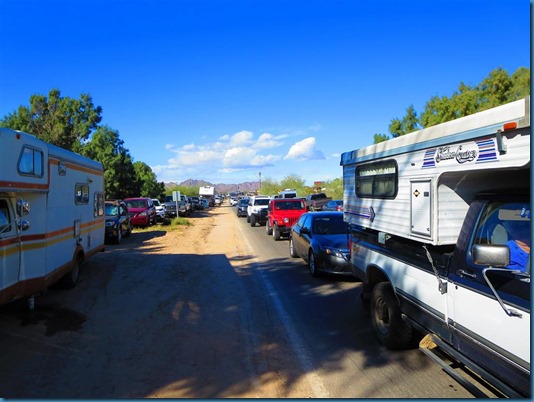 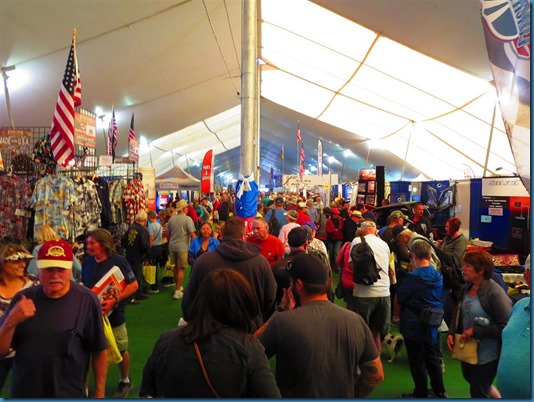 Honestly, I don’t know why we attend.  We hardly purchase anything, as most things can be found at Walmart or Amazon for the same price.  I think we and others use the show as an excuse to visit with friends we only see there each year.

Another day, six of us decided to do a hike around Dome Rock.  Our leader deciding which fork to take. 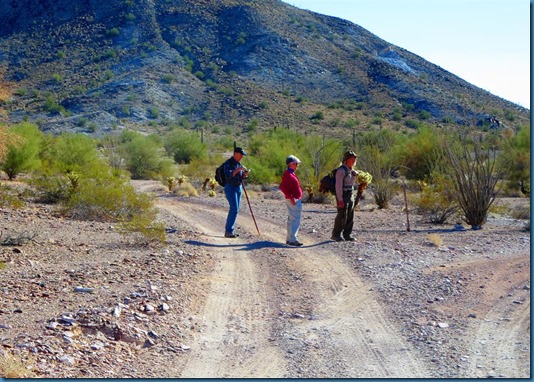 Though there were six of us, we soon broke off into three distinct groups. 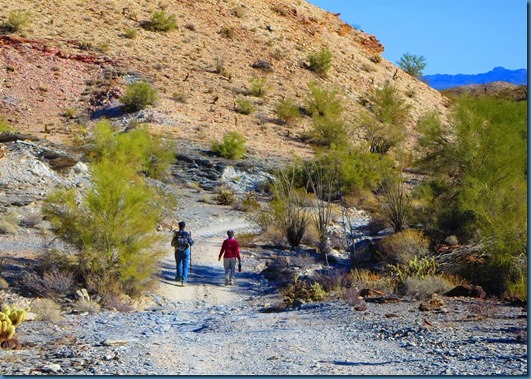 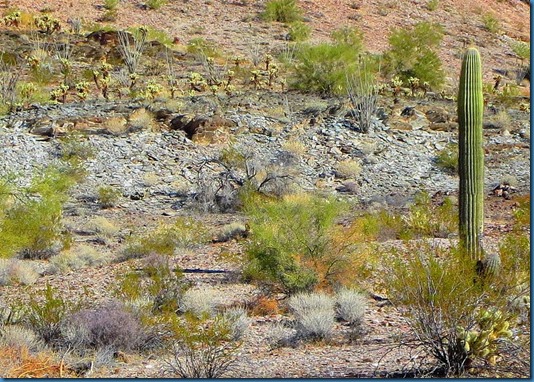 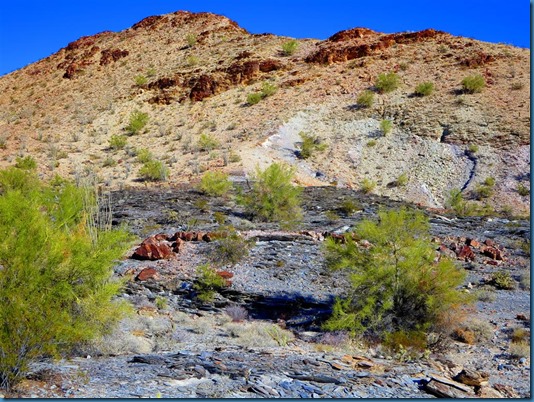 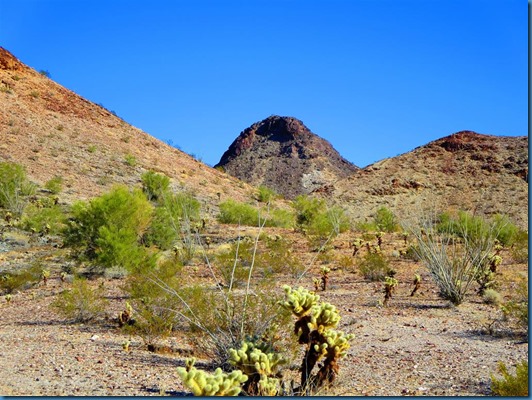 That’s Dome Rock in the center.  It wasn’t easy to hike around just it, so we ecpanded our circle.  See those things on top?  We thought it was people at first. 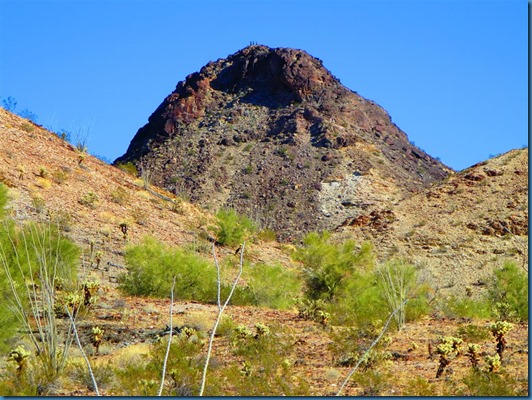 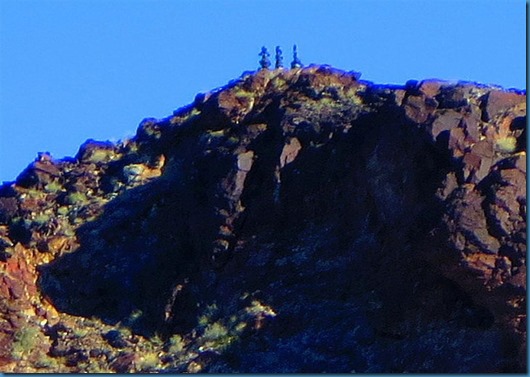 Sunrise, and sunset from near our site.  Kofa mountains. 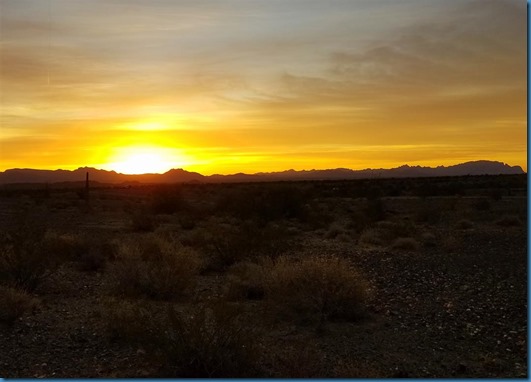 Our last evening, as we were visiting around the campfire, this tree caught my attention.  Though the sunset itself wasn’t much, I found the pattern of the tree interesting, and took this pic with my phone. 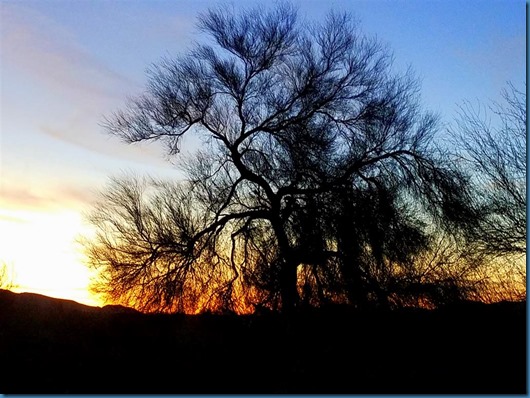 We’ve since moved up to Lake Havasu state park.  A nice site, with views of Lake Havasu (the Colorado River). 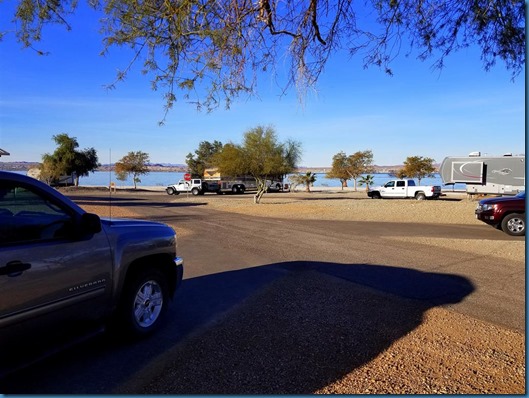 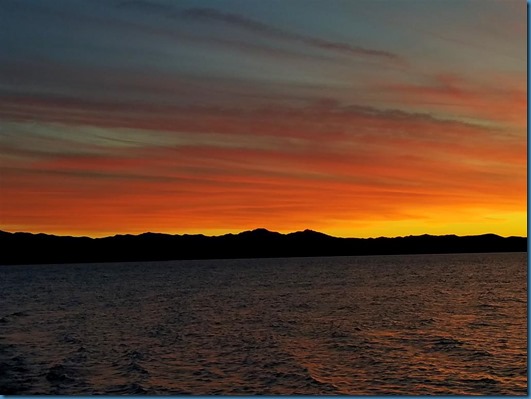 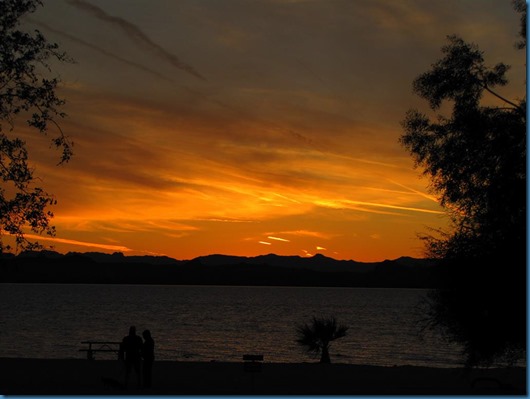 And there’s also a famous bridge. 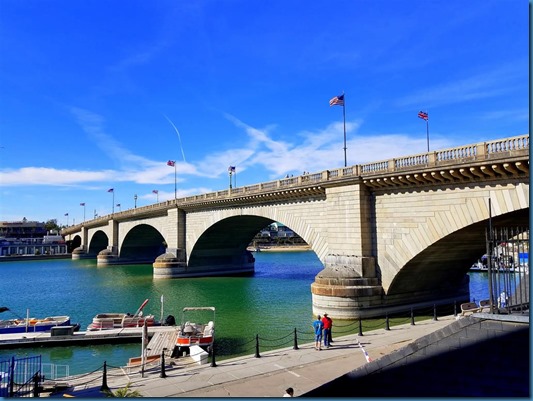 The London Bridge was relocated here, beginning in 1968. Dismantled stone by stone in London, rebuilt here over dry land, and the channel dredged out to create an island in Lake Havasu. 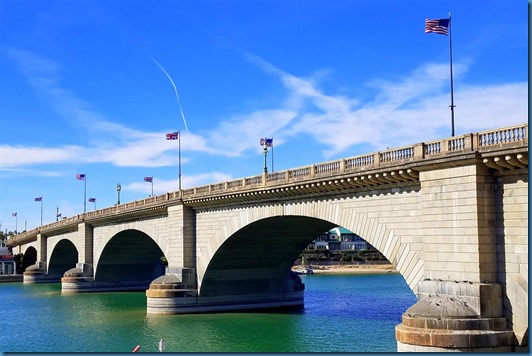 I hope to have more on the area later.  Hope to take a hike or two.  A bit windy today, so staying close to home. 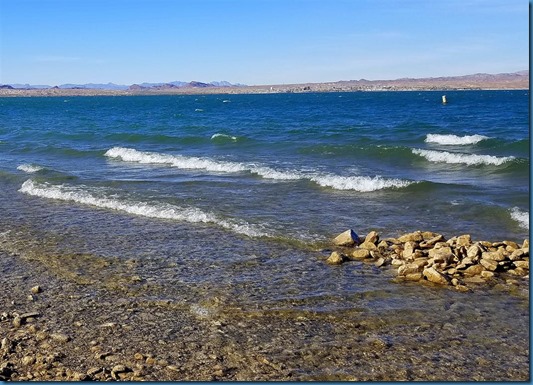