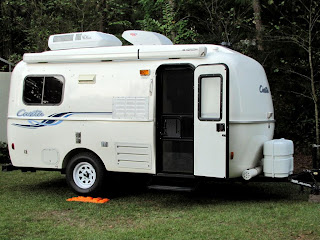 Moved the Casita nearer the back door today.  It's going to be rolling again Monday morning if all goes as planned.  The River Valley Egg Rally kicks off on Thursday just outside of Ft. Smith, AR.  We plan to arrive Tuesday and do some serious visiting with old friends before the official start.  Looking forward to meeting some new folks also.  We haven't been to the Ft. Smith area before and are really looking forward to it.

A few more notes on last weekends trip.  As tropical storm Lee was flexing her muscles on Monday morning, I drove into the town of Port Gibson, MS 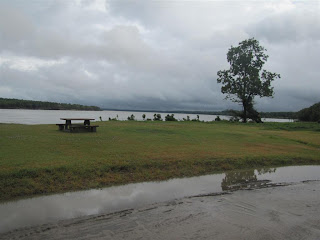 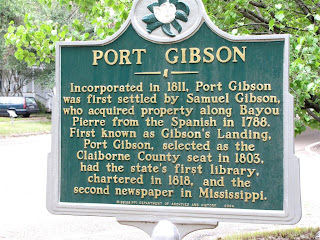 Port Gibson's greatest claim to fame is reported to be that General Grant, on his march to Vicksburg to win control of the Mississippi River, spared the town because it was "too beautiful to burn."  Not sure if that is true or not, but the view of Church Street will make it seem possible.  There are eight churches within three blocks, interspersed with majestic homes from the past. 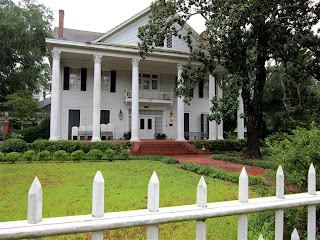 The most famous of the churches is the First Presbyterian Church.  Known throughout the South for the gilded hand pointing toward Heaven. 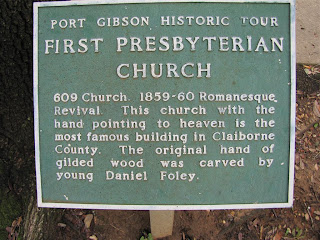 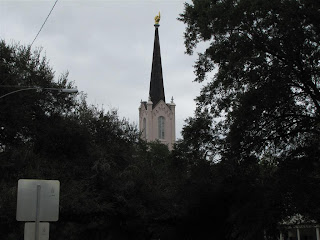 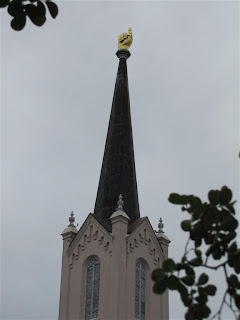 The church is filled with beautiful stained glass windows and three of the the chandeliers came from the steamboat Robert E. Lee. They were salvaged from the boat after a fire destroyed it near Port Gibson in 1882. 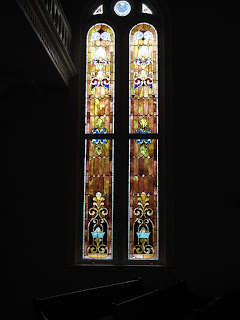 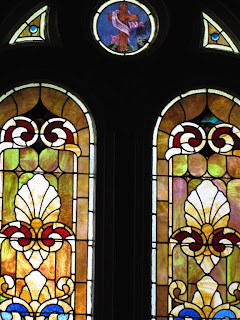 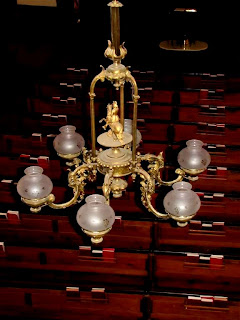 Another unique example is the Jewish Synagogue, Temple Gemiluth Chessed.  Built in 1891, it speaks of the diverse population of the area at the time. I liked the front entrance. 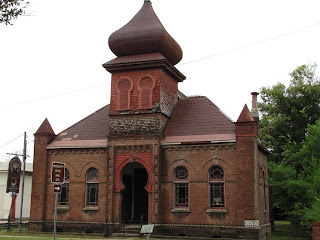 With the other six churches nearby, along with others scattered throughout the town, I think it would be safe to say that Port Gibson was settled by People of Faith.  To have all the fascinating structures in such a small town testifies to that. 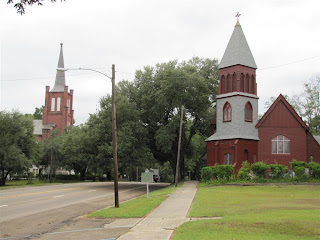 Next post to be from somewhere in Arkansas.  Looking forward to getting on the road, again!!!!
Posted by JerryC at 9:09 PM