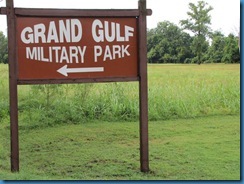 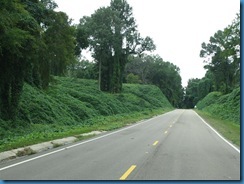 After being out of touch for nearly a week, it is good to have internet access again.  We left home last Thursday, along with another couple, to visit Grand Gulf State Military Park Near Port Gibson, Mississippi.  Located in the kudsu covered hills of Southwest Mississippi, Grand Gulf was a major Mississippi river port during the first half of the 18'th century.  It also played a major role before the battle of Vicksburg during the Civil War.  The land was donated to the state during the 1960’s and the park was created to honor the memory of the town, and also the men who fought and died here over 148 years ago.There is a museum with a lot of information about the town of Grand Gulf, along with many other unusual items. 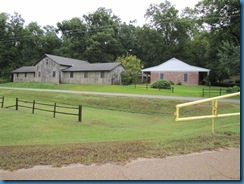 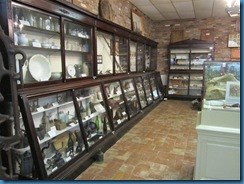 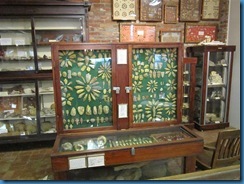 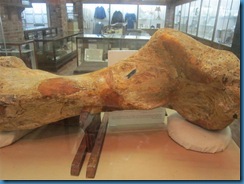 There was even a mastodon bone which was found in the area that had markings from the tools used  to butcher the animal thousands of years ago.

Grand Gulf got its name from a huge whirlpool in the Mississippi River just North of the town site.  It became a major river port for a few short years before the river changed course and whittled away most of the town shortly before the Civil War. By the time the war began, there was nothing left but a few abandoned buildings. 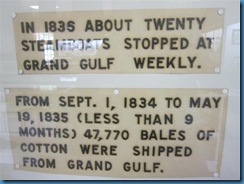 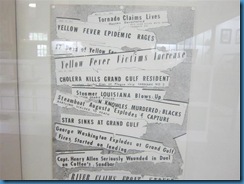 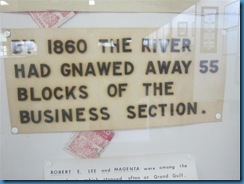 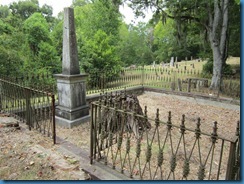 There were many other unusual items such as an old cotton press, a Civil War ambulance, a moonshine still, and even a submarine. 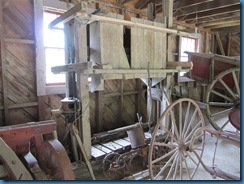 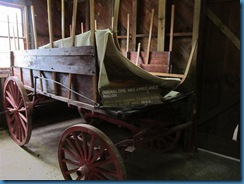 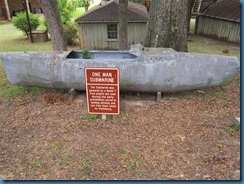 “Dog Trot” house from the 1700’s and a Catholic Church from the ghost town of Rodney, MS. 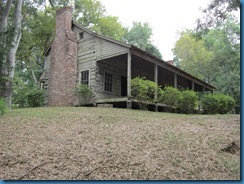 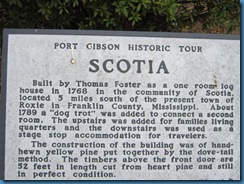 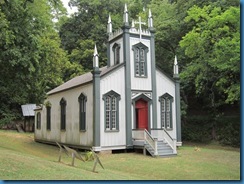 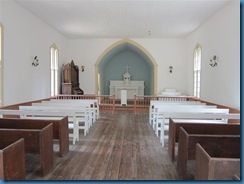 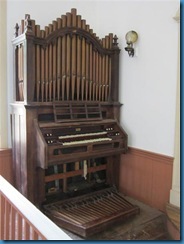 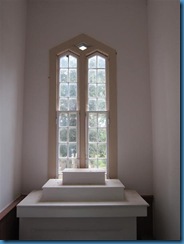 It is a very interesting place off the beaten path, but a jewel if you are interested in American history.  It is fascinating to me to study the ways of those who came before us and to try and understand the lives they lived.  Those folks who lived and died in Grand Gulf, Mississippi in 1835 probably thought they had it as good as it could get.  Little did they know that a few short years later there would be nothing left but memories and tombstones.  More to come on the area later this week.
Posted by JerryC at 9:40 PM