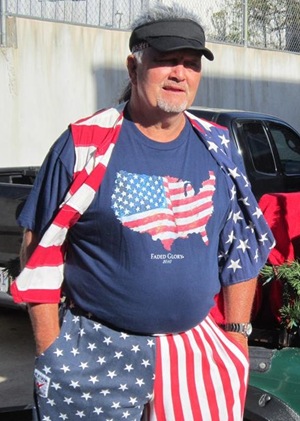 Another beautiful week has come and gone in Southwest Mississippi.  It is hard to believe that it is the second week of December and we are still having clear skies and temps near 80.  Usually by this time of year we are into the pattern of 1 clear day, 1 cloudy day, and three days of cold rain.  I’m sure it is coming, but this has been a fabulous Fall season for us.  Many of the hardwoods have yet to turn color and lose their leaves. 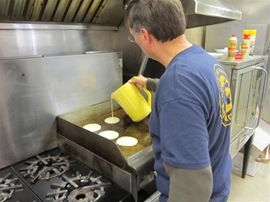 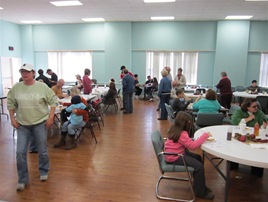 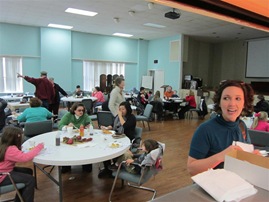 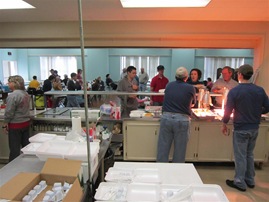 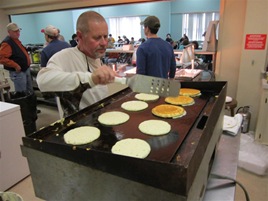 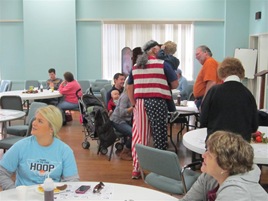 It is also the day that the Exchange Club participates in the parade by handing out American Flags to all the kids along the route.  It is always fun to dress up in a funny, patriotic costume to pass out flags.  We try to tie God, Country, and Flag into the parade each year.  We hand out two to three thousand small flags along a route of a mile or so. 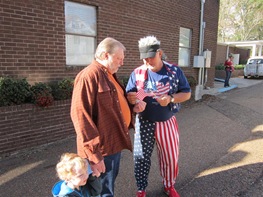 We load up a small trailer with flags, hook it to a decorated Golf cart, and set out to get in line for the parade. 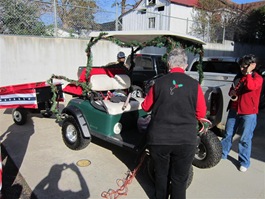 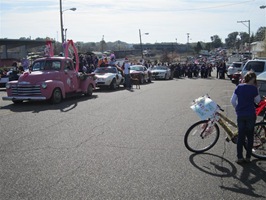 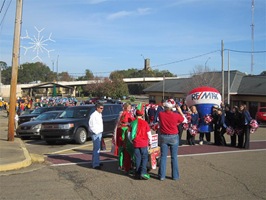 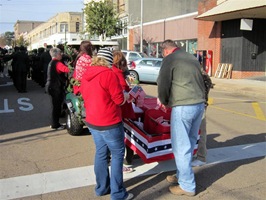 We all grab a hand full of flags as the parade gets underway.  From there, it is nonstop till we get to the end.  You can’t stop, having to grab more flags from the cart as the parade moves along.  Soon it’s over. It’s all a blur.  You have helped give away hundreds of flags to children waiting on Santa Claus and candy.

Hopefully, when they get back to their homes, they will still have that flag.  Also, hopefully, one day, they will realize what that flag represents for them, and to their ability to attend Christmas parades and other things in their future.

It was a great day, made even better by more college football.  Who would have thought Southern Miss would ruin Houston’s perfect season?  And what can I say about those Tigers?  Don’t show up for the first half, then defeat Georgia in a walk.  Looks like LSU/ALA in the BCS championship.  No doubt about it, the SEC will have the National Champion again this year. GEAUX Tigers…………jc