in our part of the world.  Though our hardwoods are still hanging on to their greenery for a few more days, the cooler mornings are bringing about some pretty displays of fog. While on the way up country to the house building site the other morning, I passed by this timber cutover area.  I actually turned the truck around and parked along the road. The fog was in different layers, slowly drifting up and down with the air currents. Parts of it were catching rays of the sun.  Others lay in shadow.  It was like watching a ballet. The only music being the birds and the sound of the breeze. 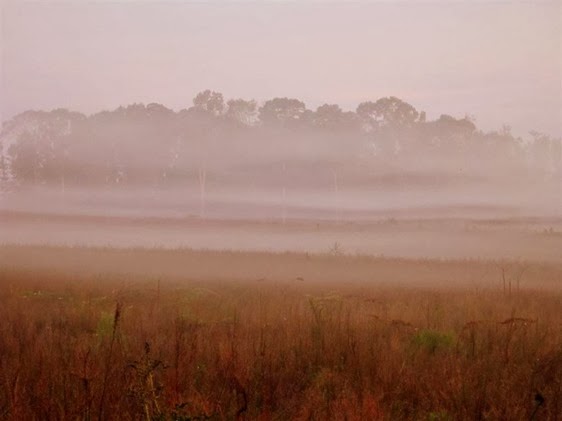 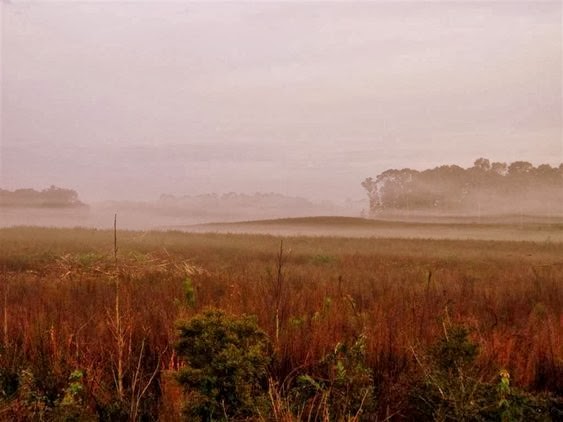 Once again, I only had the point and shoot camera.  I found myself wishing someone like Horst was there to really capture the beauty of the moment.  It’s truly amazing how nature can turn what once was a dismal cut-over, into a place of beauty.

Another sign of Fall in our area are the wolf spiders.  I don’t know if that’s the correct name, or not.  Appearing with the first cool morning, they build huge webs between trees, buildings, even the wires on power lines.  You can’t take a walk in the woods this time of year without walking through some of their webs.  I noticed this one had built a web between a tree limb and our fence. 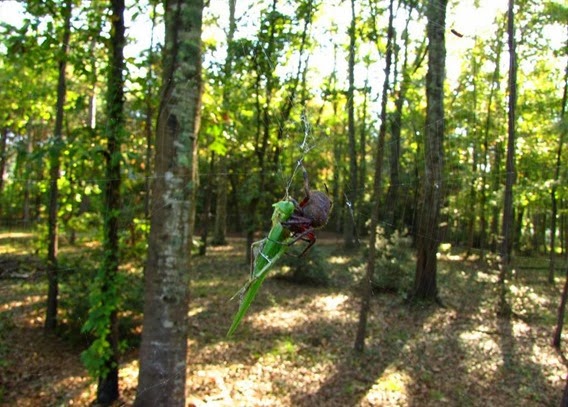 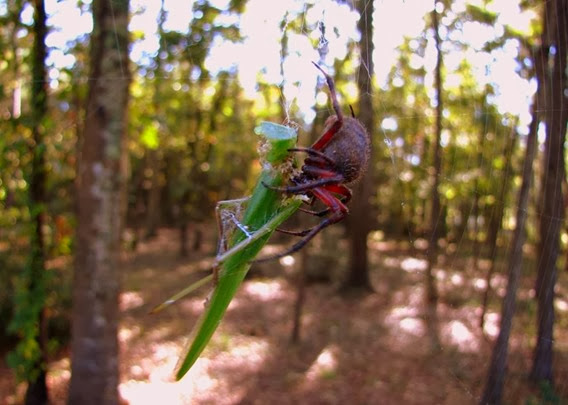 For scale, that grass hopper is about two inches long. 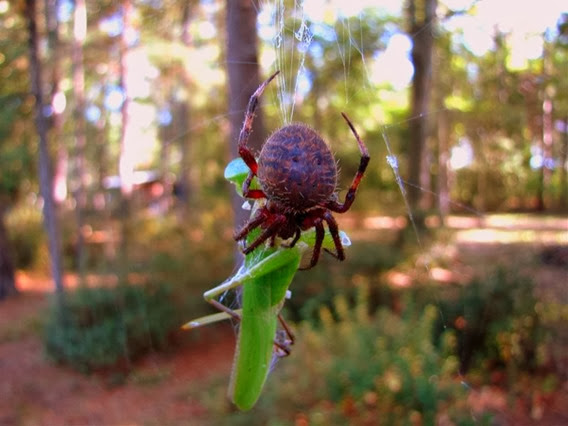 Though they are huge, compared to other spiders we see, I’ve never heard of anyone being bitten by one.

I’ve been reading the blogs of many friends moving around the Country.  Some in the Smoky Mountains, and up the East coast. Some headed for Florida, Texas, and other points farther West.

All that is enough to give a fellow the willy-blues if he didn’t have something on the horizon.  Thankfully, we do…….jc