A Drive through Big Bend.

Having made a couple of good hikes for someone from an altitude of 380 feet, it was time for a rest day.  We decided to spend the day just driving through Big Bend.  We have been here twice before, and blogged about it, so there aren’t many pictures accompanying this post.

We started by entering the park from Study Butte. (Stewdy boot, or so I’m told.)  We just drove the main road all the way down to Rio Grande Village at the Southern end of the park.  We stopped along the way at a few sites with the Hot Springs being the first place I took the camera out.  Free enterprise has always impressed me. 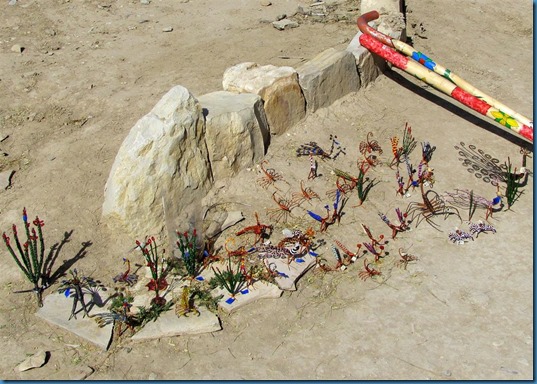 This display of trinkets and walking sticks was placed here by the guy that stays here. 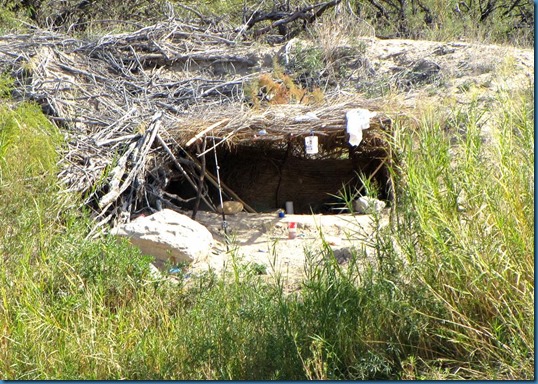 Across the river in Mexico. 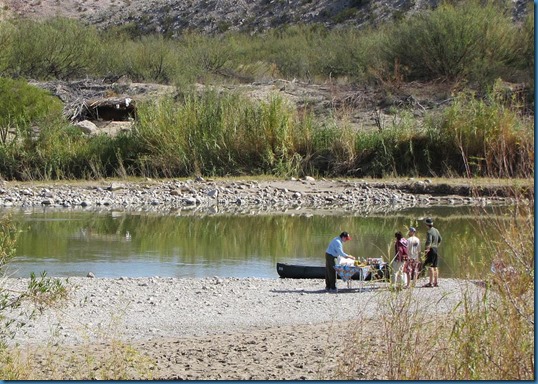 They were priced from six to ten dollars each.  If you liked one you were to put your money in the plastic bag sitting in the display.  After a sale or two the guy would cross the river, retrieve his money, and restock his wares.

The kicker here is that you have just broken the law, and are now in the possession of illegal contraband.

Another unusual thing we happened upon was this.  American ingenuity at it’s best. 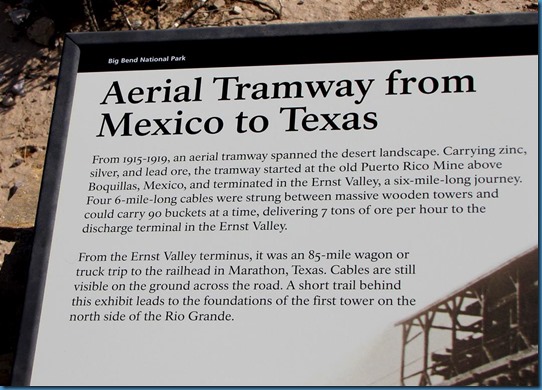 It seems to me that there was nothing that the engineers of the eary 1900’s couldn’t accomplish.  It must have been an awesome sight to see 90 of these buckets swinging away along a six mile cable. 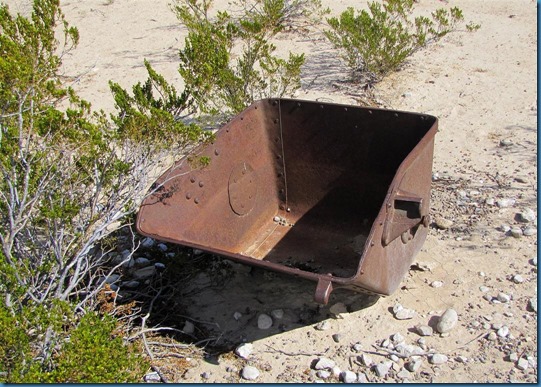 And one or more of the cables are still laying on the ground.  Amazing to me that it hasn’t been stolen for its scrap value, as It was only a mile or so from the river. 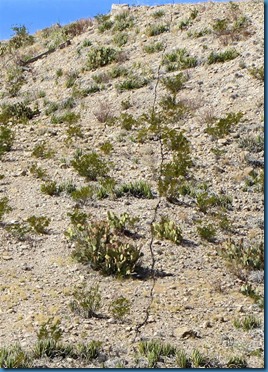 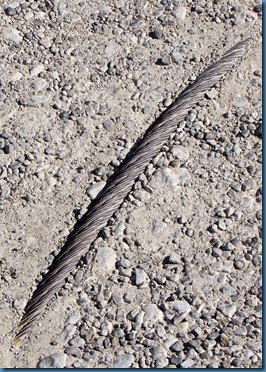 As mentioned earlier, we mostly drove and looked.  Checked out all the campgrounds, and enjoyed the beautigul drive up into the Chisos Basin.

I’ll end this post with the picture of another entrepreneur.  Returning to Mexico from restocking his wares at Boquillas. 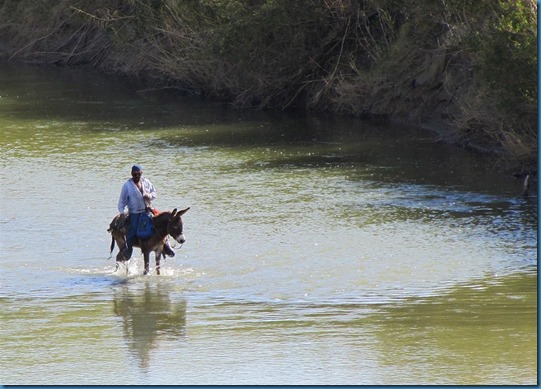