Our last evening near Dome Rock was topped off by another nice sunset.  As we were loading things into the truck for our departure on Sunday morning, we received an invite to a hot dog supper.  Now there’s not much that tastes better in the great outdoors, than a hotdog consumed around a campfire with friends.  Fred and Mary did a fine job of feeding the crew. 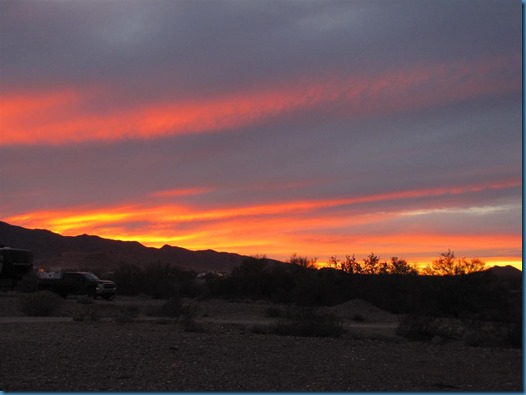 Sunday morning found us on our way to the Pit Stop to dump tanks and fill up with water.  We were heading for Yuma, and a Walmart run, followed by the drive to Organ Pipe Cactus National Monument.  We thought we were never going to arrive, but did shortly before evening.  Just in time to fix some supper before darkness caught us.

It was cloudy Saturday night, so we missed seeing the rise of the full moon.  I knew it would be almost as good on Sunday night, so i grabbed my camera and tried to get some pictures.  I know for a fact that National Geographic won’t be calling. 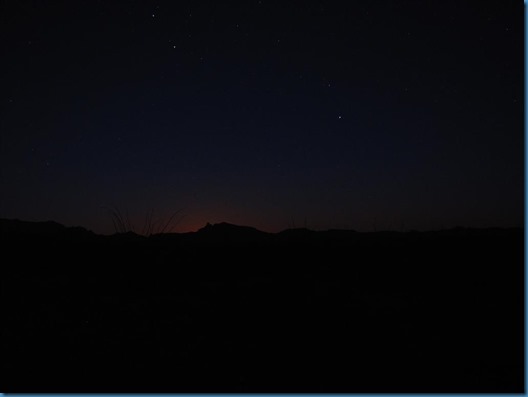 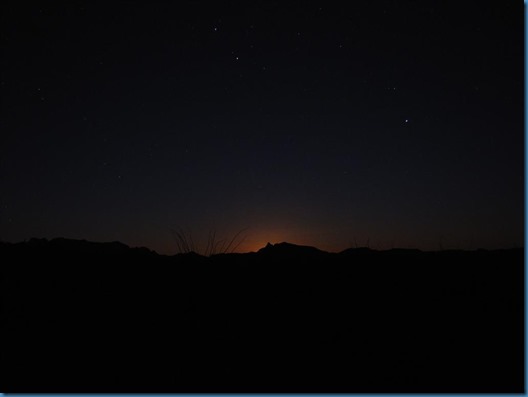 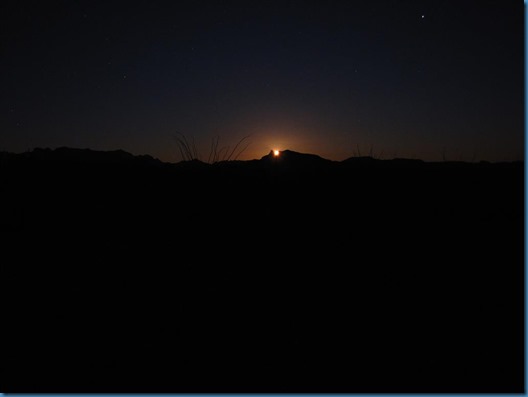 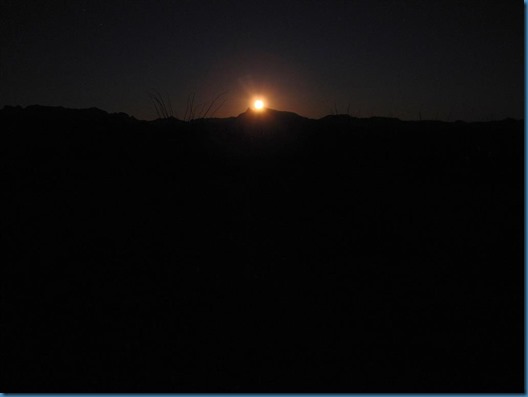 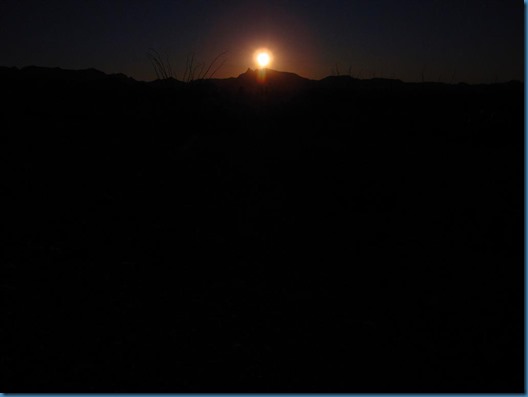 It’s hard to combine darkness and light with my simple camera.  I did get a good one after it cleared the horizon. 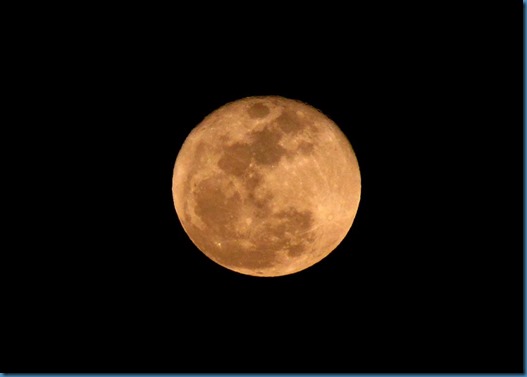 Monday found me on the trail, again.  Nothing fancy, just a walk to an old mine. 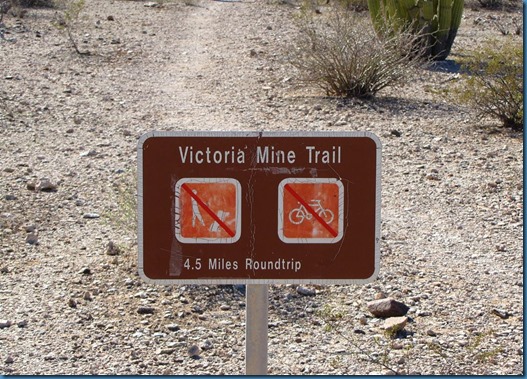 Through lots of Saquaro, and Organ Pipe.  Early settlers thought the cactus looked like the pipes on an organ, hence the name. 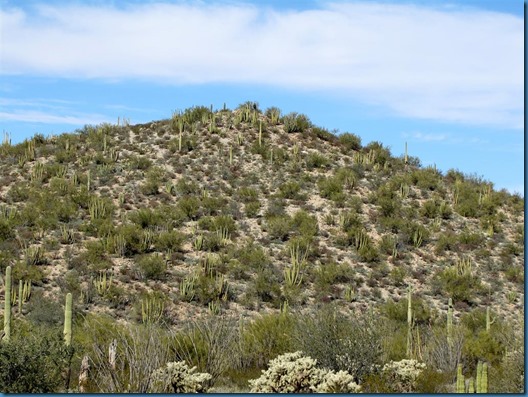 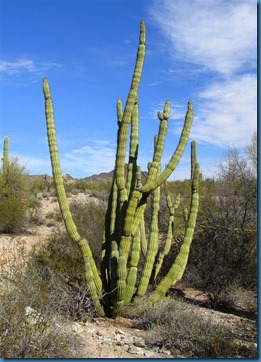 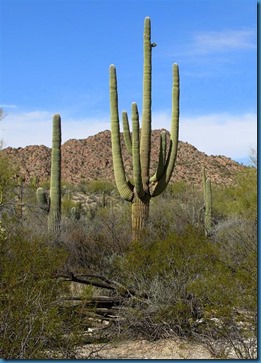 Not much left at the old mine.  Probably copper, but possibly some silver. 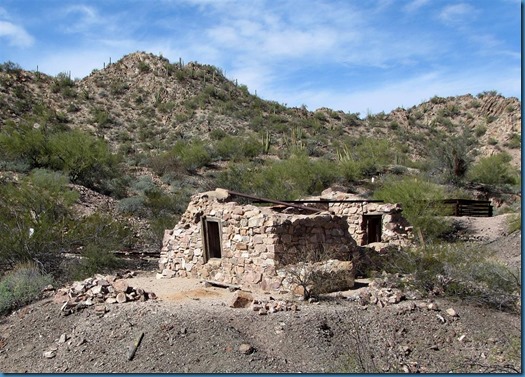 I’m always impressed with the machinery that was hauled by mule and wagon back into such desolate areas. 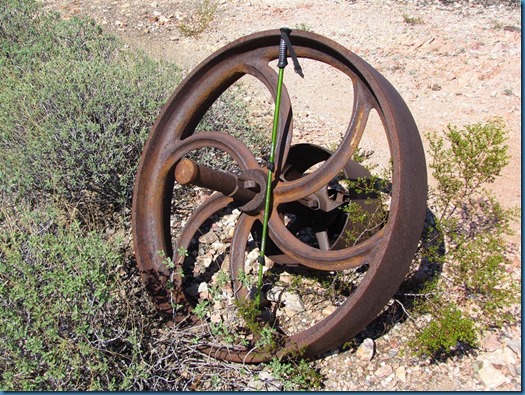 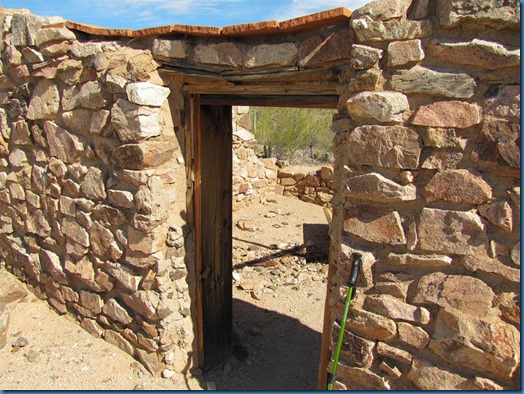 Yep, that’s a 60’s era steel bath tub in there.  Not sure where the water came from. 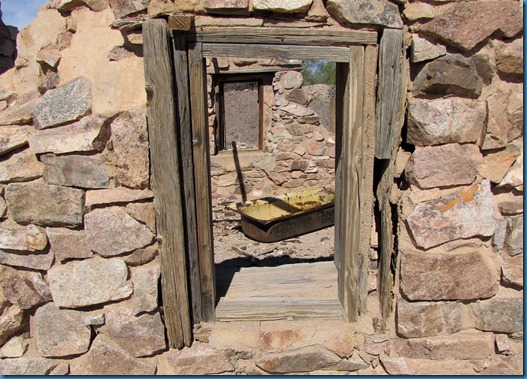 A number of shafts around the area, but all were fenced off with wire, or a more permanent solution. 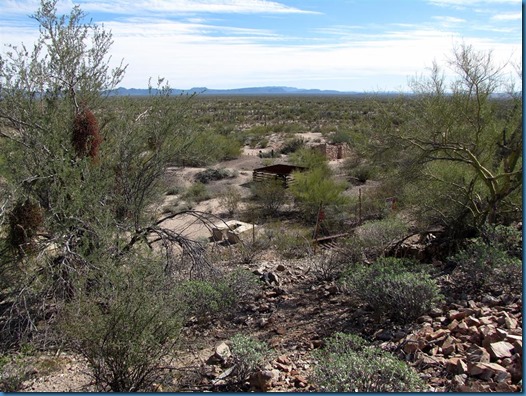 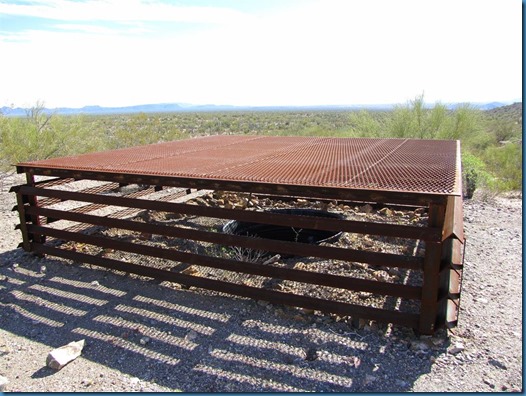 Bats by the thousands use the old shafts for hiding, and also raising their young during the Summer.  That’s the reason for the open configuration.

On the way back to the campground I passed this old dead twisted tree.  No telling how old it was before it died.  Reminded me of the permanence of the desert. 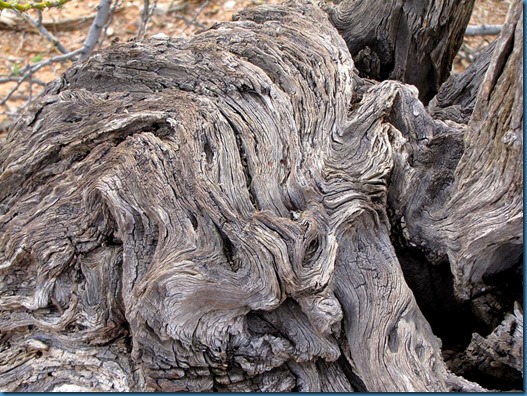 The Desert.  Supposedly, a place where nothing lives……jc