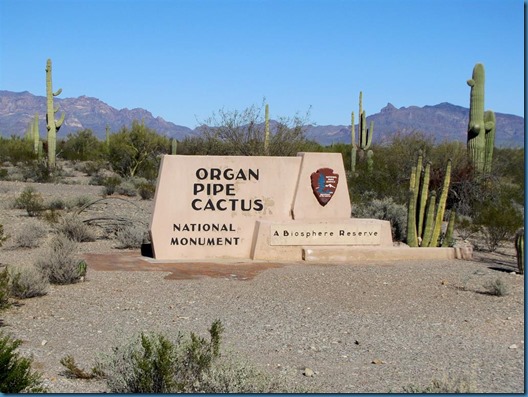 We made our way down to Organ Pipe Cactus NM with plans to stay two nights.  After getting here and finding a great campground with paved roads and concrete sites, new restrooms, water, and a dump available, all for $8.00 a night; we extended two days.  After checking the weather where we planed to go next and finding it not so great, we extended another three days. That makes a week, if you’re counting.  The longest we have ever stayed in one spot. And, we haven’t left yet.

Here’s the highlights of what we’ve been doing.  On Monday we just hung out and made a trip to the visitor center.  On Tuesday we did the Ajo (AH-ho) Mountain drive with a guided ranger tour.  Twenty one miles through some very rugged country, narrated by a very well versed ranger. 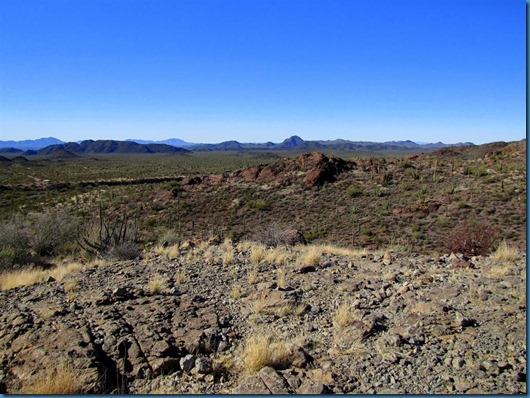 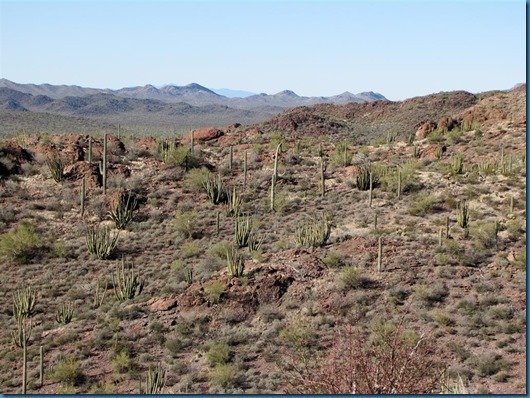 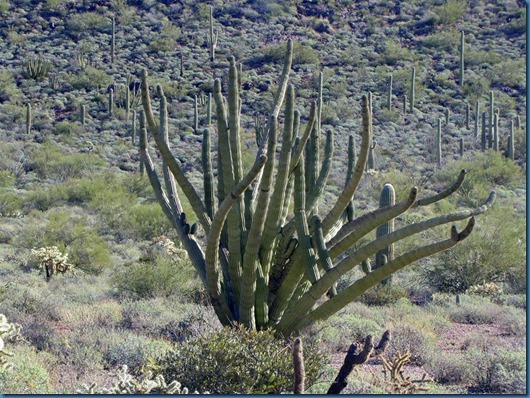 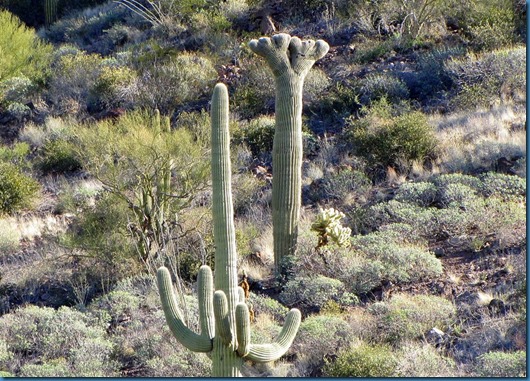 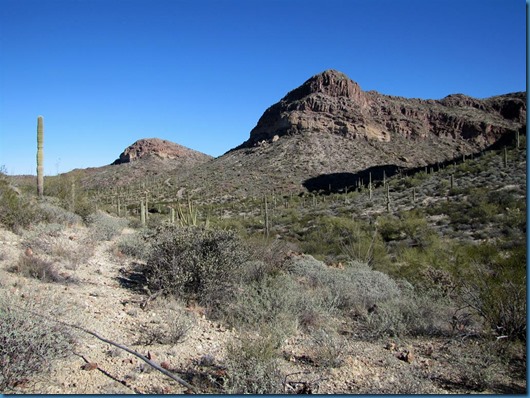 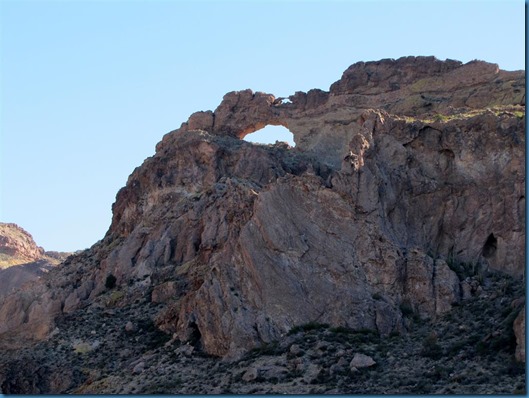 Wednesday found us up close and personal with the “fence”. Border fence, that is. 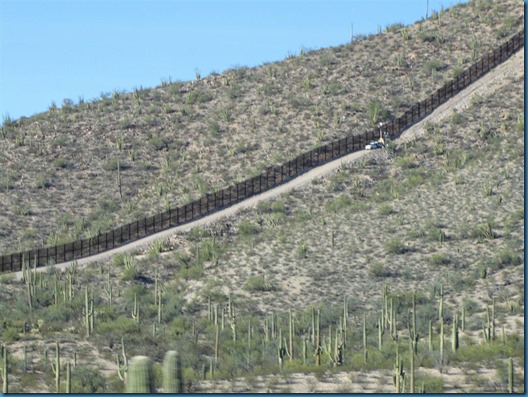 It comes in two varieties here in Organ Pipe.  The high fence near the official border crossing, and a more friendly version just over the hill. 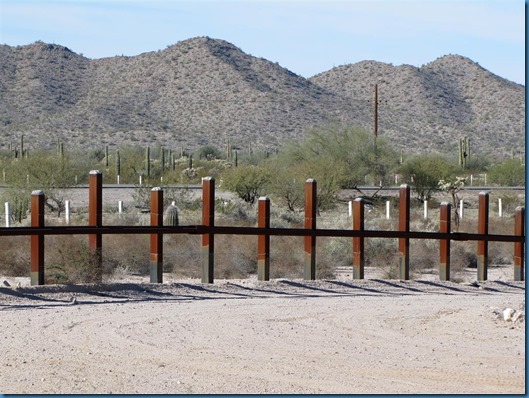 As we were bouncing along a washboarded gravel road on our side of the border, going the same direction as this semi, I was wondering; what’s wrong with this picture? 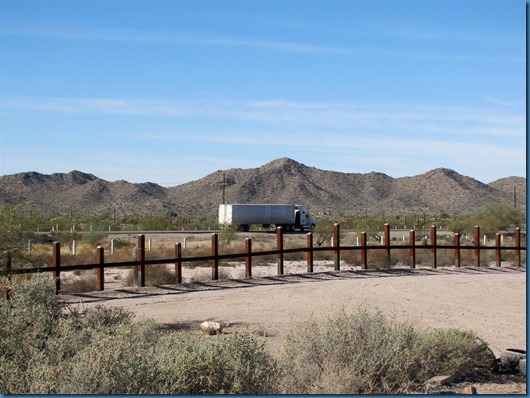 We were on our way to Quitobaquito. 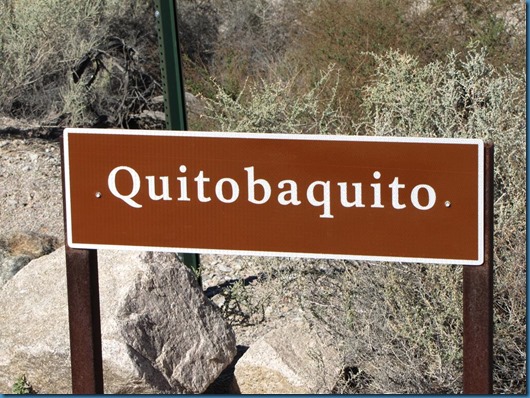 Quitobaquito is located just a few hundred feet North of the Mexican border.  It is in one of the driest parts of the Sonoran Desert, and a gem of Organ Pipe NM.  Do you see that little patch of green in the bottom right of this photo? 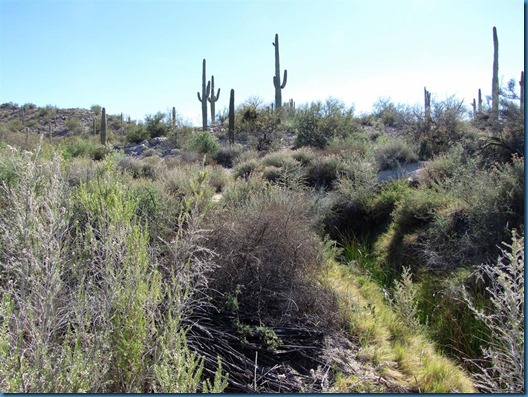 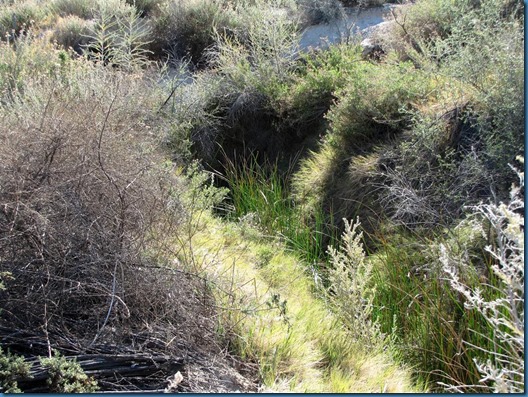 It’s a spring.  Flowing at a rate of about 45 gallons a minute. 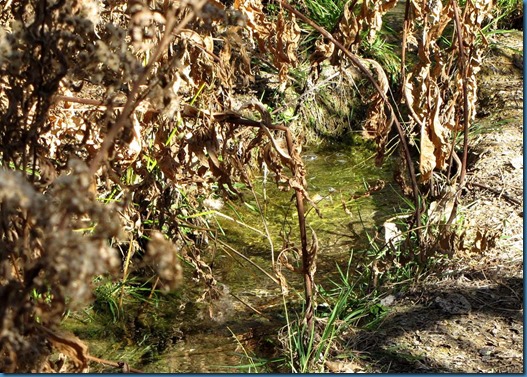 Which creates this pond.  Who would ever think you would see such in the desert?  First documented in the late 1600’s, it has been an oasis for thousands, for thousands of years. 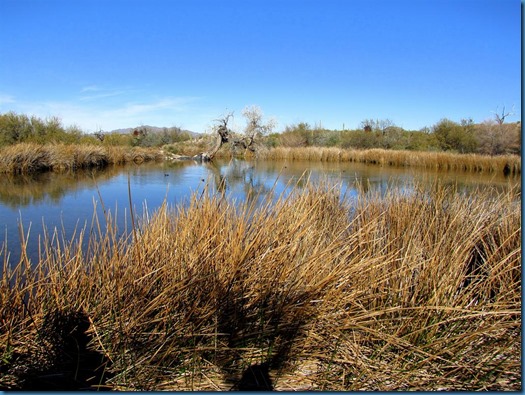 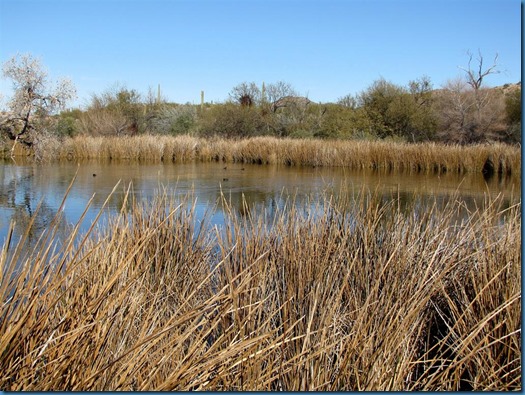 Home to the Quitobaquito pupfish.  an endangered species. 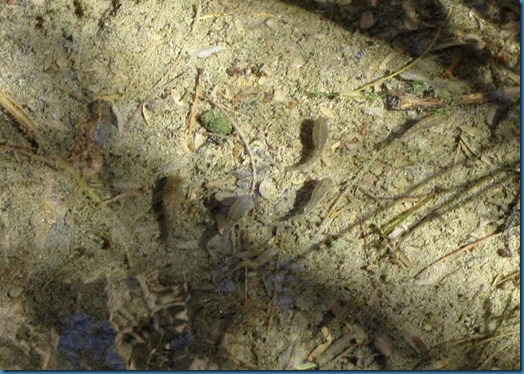 That’s the first half of the week….jc