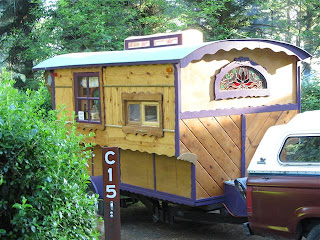 As we were about to leave the state park in Brookings, this rig came rolling in. The man had built it from scratch with “found” materials. It was really something to see with all the stained glass and the paneled walls. I don't know how it would actually hold up to much highway towing, but it made a great trailer for short trips to the campground. And yes, it was for sale, but I didn't get the asking price.
It seems that since we arrived on the coast all we do is wander the beach and take pictures. I'm sure you are getting tired of one beach scene after another. After a while, they all look the same. Even Sally has developed a liking. 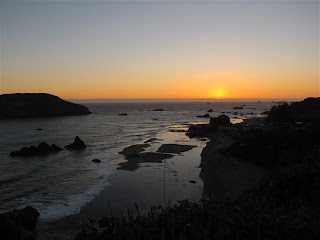 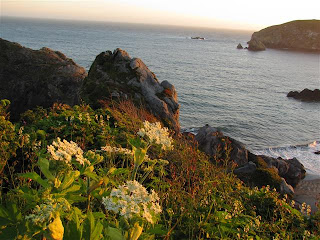 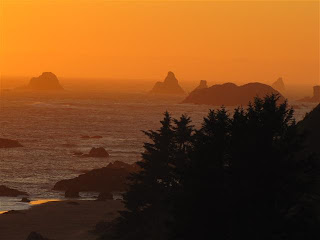 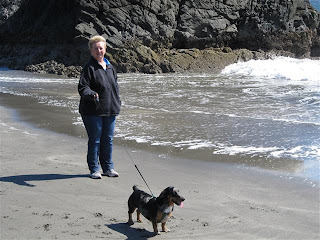 As we moved up the coast yesterday, we stopped in the little town of Port Orford. It is one of the oldest towns in Oregon and is one of only six “dolly ports” in the world. Even though it is a fishing town, it has no protected port. The boats are hoisted out of the water daily, and rest on dolly's on the pier until the Captain is ready to go out again. 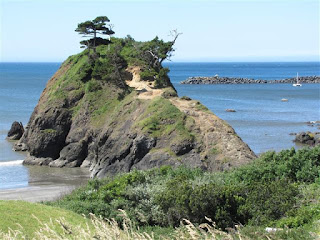 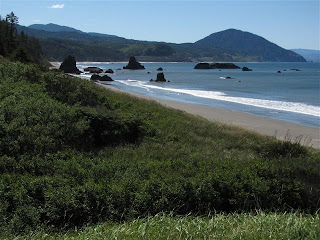 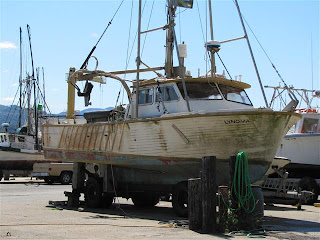 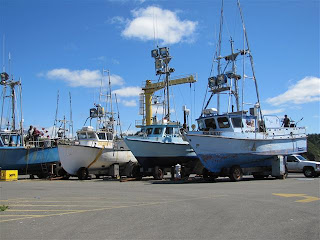 One of the attractions here at Bullards Beach is the Coquille River Lighthouse. It was built in the mid 1800's and is now a museum.
There were piles of driftwood all around the lighthouse and along the beach. A lady in one of the shops told me there is something about the Pacific current that deposits lots of debris along this area. The bench's along the piers are all constructed of driftwood collected there. She also said that sometime next Spring they are expecting a lot of debris from the Japanese tsunami to come ashore. It will take it that long to drift from japan to our West coast. 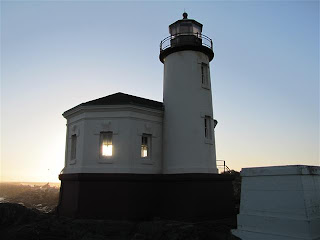 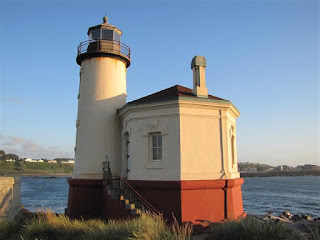 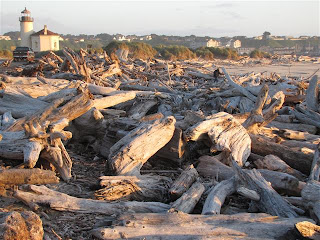 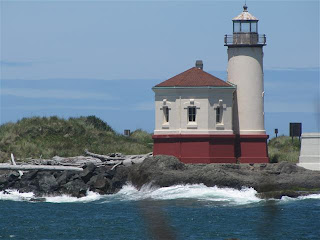 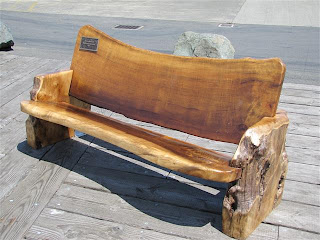 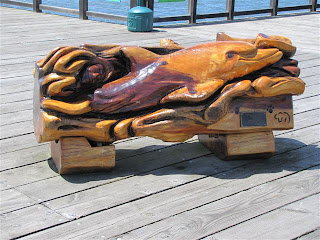 There was a beautiful sunset yesterday afternoon and I tried to get some decent pictures but I don't think I had much success. Anyway, here they are. It was much better in person. 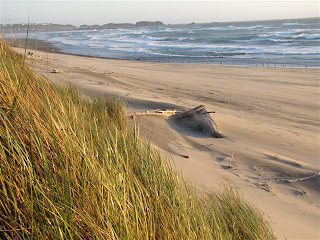 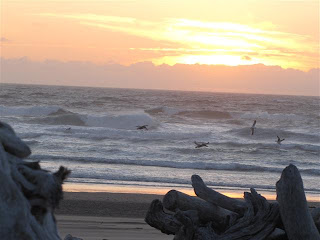 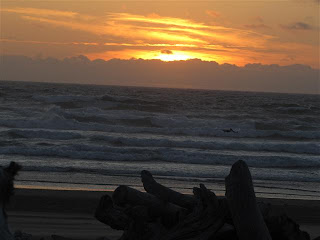 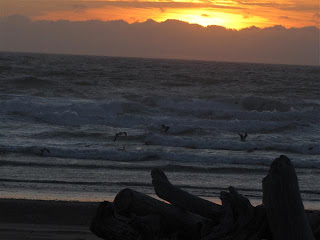 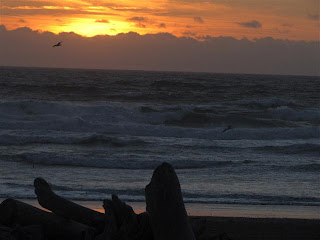 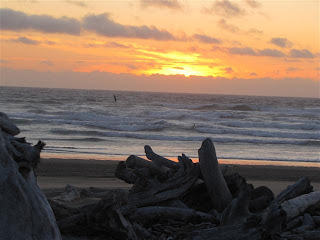