The sun does shine in California

We finally had our first sunny day since last Thursday.  It has been a beautiful day.  We spent the better part of the morning doing laundry and shopping in downtown Calistoga.  The downtown area was a pleasant change from most of the Napa Valley towns.  It still had some of that old time feel without crowds of people.
After lunch at a small Mexican restaurant we visited the most unusual winery of our trip. 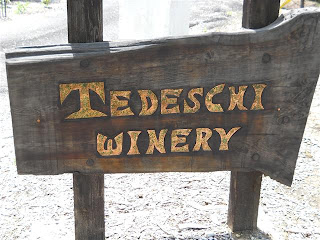 The manager of the rv park recommended that we visit.  It is a small family operation which produces only a few thousand bottles each year.  We called and made an appointment for 2pm.  We were met by Emil Tedeschi, the owner.  The vineyard was started by his grandparents during prohibition, growing grapes to sell in San Francisco for "personal consumption".  He still farms the original two acres of vines and looks after another couple of acres for folks who live elsewhere.  His pay for doing that is he gets to harvest their grapes.  During harvest time, He invites about 30 friends and college students studying venticulture at the local college to come help.  He has a large BBQ for those who help out. 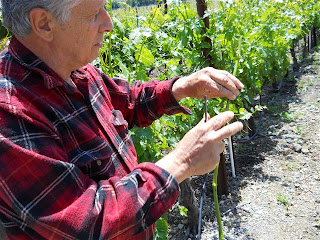 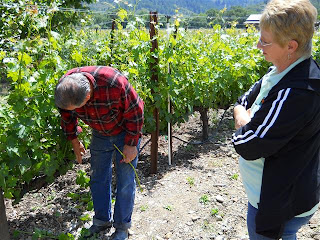 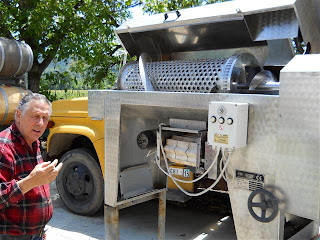 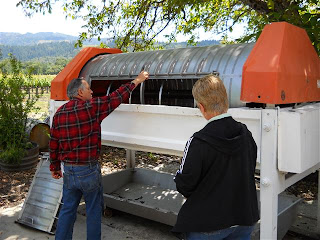 He gave us a personal tour of his vineyard and a look at the machinery he uses to process his grapes.  He showed us how the vines were grafted and exactly how the process went from start to finish. 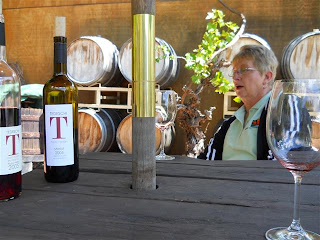 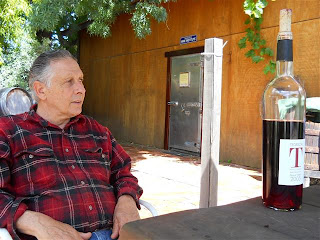 It was the only winery where we shared the tasting with the vintner.  We had a wonderful conversation about wine, family, and a few other things.  He has a son, 20 years old, who is learning the business, with the plan being for him to become the forth generation winemaker. 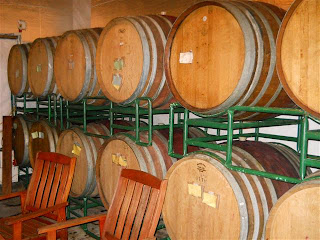 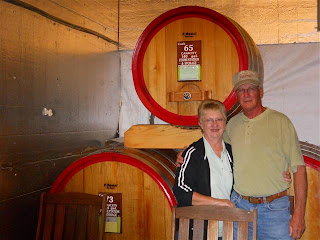 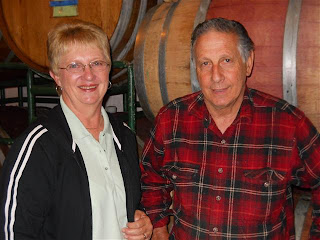 These 12 barrels and 3 casks represent a years harvest of grapes and the wine made from it.  It was a wonderful tour.
From Mr Tedeschi's we traveled down the road a bit and noticed this place.  It was really pretty with many flowers all around the grounds.  Some pretty good wine, too. It is owned by the prior president of  Disney corporation. 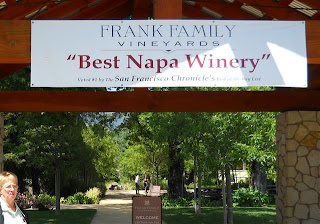 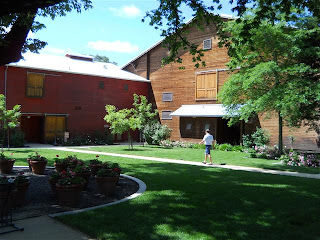 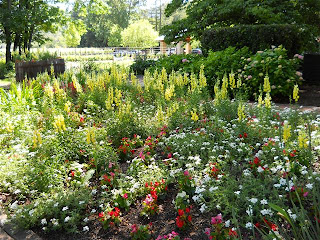 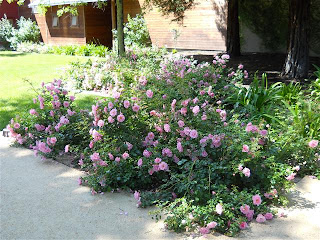 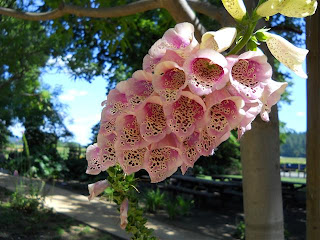 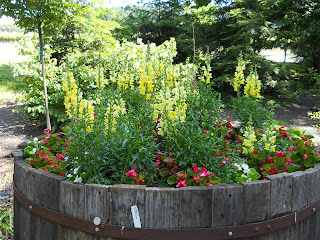 Leaving tomorrow for somewhere North.  Took this picture at the fairgrounds, here.  Found out that Louie Vermeil is known as the father of the Sprint Car racings circuit.  He was also the father of Dick Vermeil, the NFL coach and TV announcer.  Apparently, this was a very popular place back in the 50's and 60's. 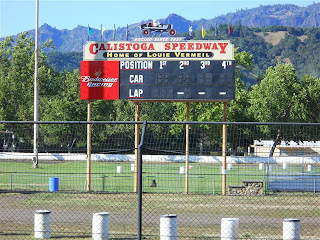