Started the day much like yesterday.   After breakfast we went to one of the beach's to take a walk.  Sally was feeling her oats this morning and was running wild.  If she had have gotten off the leash, I don't think we could have caught her in an hour. 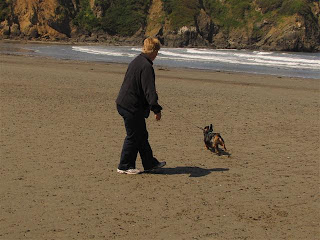 From there we headed to the Point Cabrillo light house.  It was a really neat place, but the wind was blowing about 40 miles an hour and it was cold.  There was a walk of 1/2 mile each way to get to it from the parking lot.  Just some pictures.  Most are self explanatory. 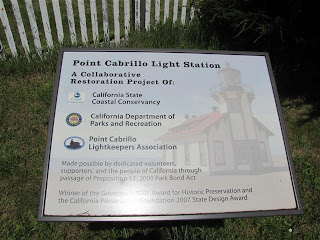 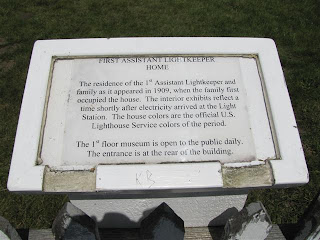 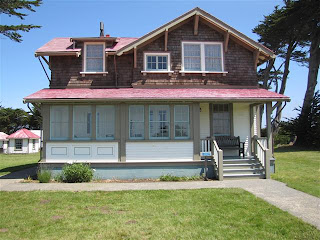 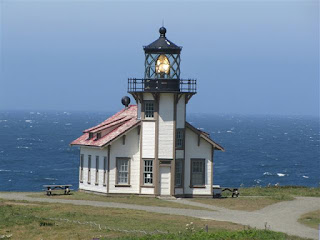 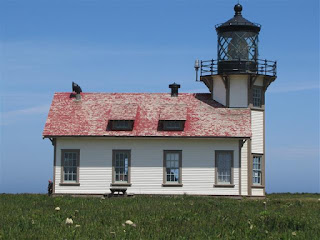 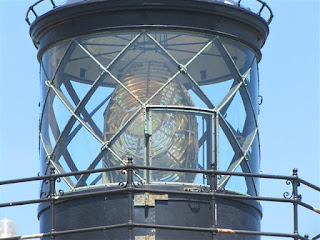 There were really informative museums in both the light house and the light keepers home.  Many displays depicting the life of the folks who lived and worked here, as well as some other artifacts. 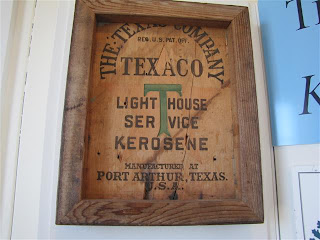 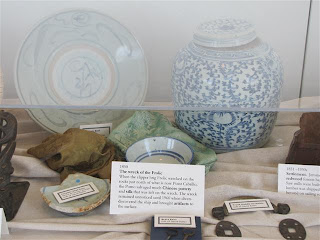 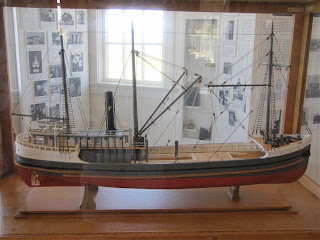 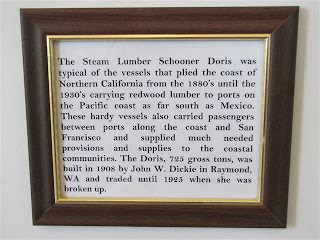 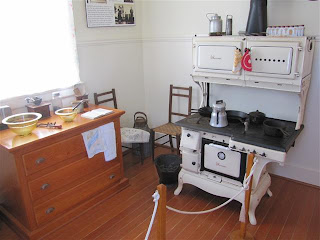 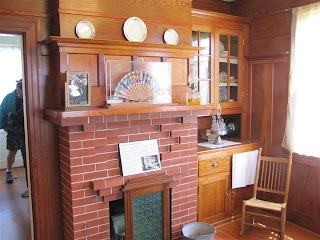 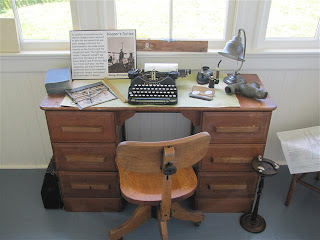 From there we drove on down to Mendiceno.  This natural bridge was pretty awesome as it was created by the wave action of the Pacific. There also appeared to be a chicken thief in the neighborhood.  Saw this sign posted in a chicken yard in downtown. 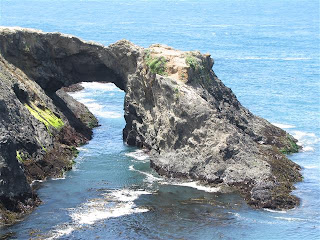 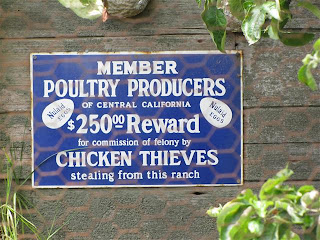 Today was also our anniversary.  Forty four years ago today, two nineteen year kids got married without having a clue what the future might hold.  Two years later, at the ripe old age of 21, we were 900 miles away from home and family, with a 6 month old daughter.  We made it on our own, with the help of friends who were in the same boat.  Here it is 44 years later, and we have two daughters, and sons-in-law, of whom we are very proud; and a grand daughter we wouldn't trade for the world.  There is no way we could have dreamed of the blessings that have come our way.  We would never have dreamed that we would one day celebrate an anniversary dining on the shores of the Pacific Ocean.  Never dreamed of being able to travel as we have, and be blessed with the best friends one could wish for.  We are "truly blessed" 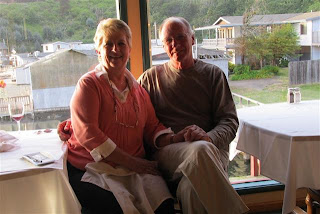