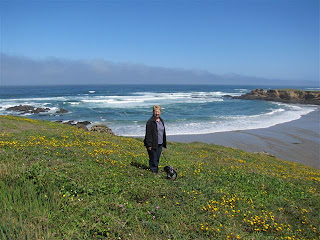 Had a great day.  We both slept late, which is rare that we both do.  Cooked a leisurely breakfast, then headed out to see more of the ocean views.  We walked along the bluffs above this beach which was named Glass Beach.  The name came from all the broken glass which washed up on it over the years.  It seems the folks of old just threw their trash off the bluff and all the bottles and such got broken and washed back up on shore.  It is a rare find now. Can't even pick it up if you find a piece.  It's considered an artifact as this is a California state park.  Here are a few shots of that area. 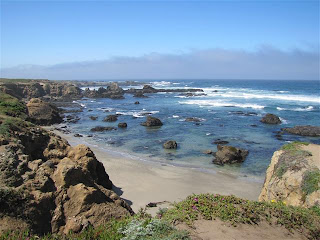 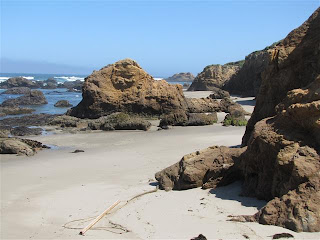 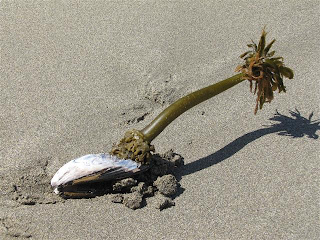 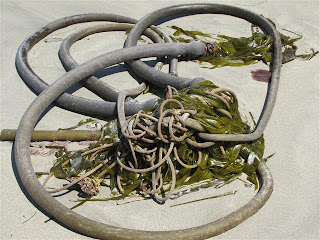 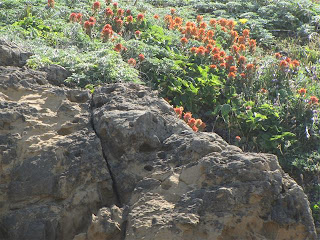 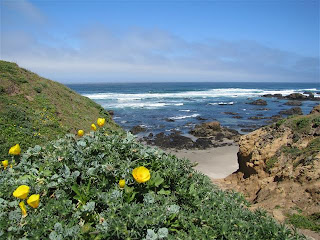 All kind of plant material washed up.  That's not an old fire hose, and the little tree looking thing was actually growing on the shell of that clam, or whatever it was.  There were flowers growing all over the bluffs.

From there we drove a few miles to an area known to be the hangout of the California Sea Lion.  We saw a few from a distance, but nothing really dramatic.  Did see some awesome whitewater action from the surf. 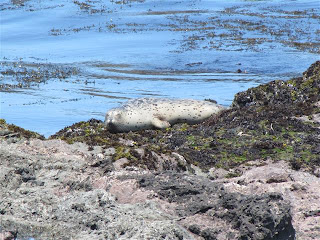 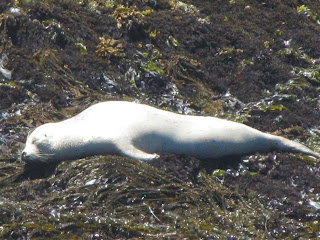 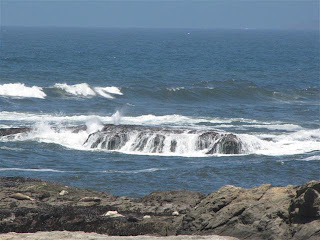 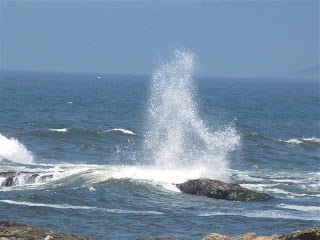 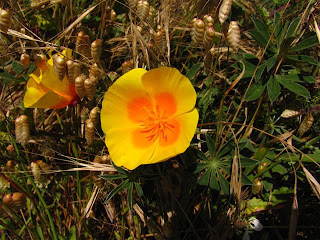 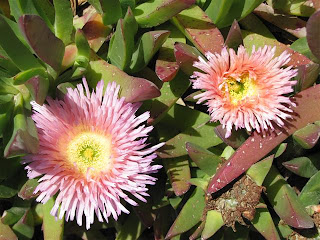 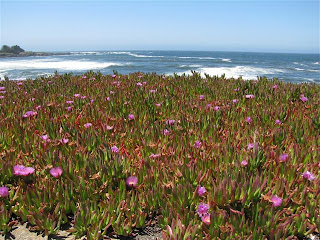 Fort Bragg was a logging town. Millions of Redwood logs were harvested from the coastal forests in the mid 1800's until now.  The lumber was cut in places like Mendicino and Fort Bragg, loaded onto ships called timber schooners and sailed down to San Francisco.  Here are a few shots of some of the machinery and an example of one large redwood tree cut in 1947.  The timber dolly was capable of hauling a log 8 feet high.  The locomotive was used to haul logs from the woods to the mills.  If you can read it, there is some amazing information about the tree cut in 1947.  It was a seedling approximately 60 years AD. 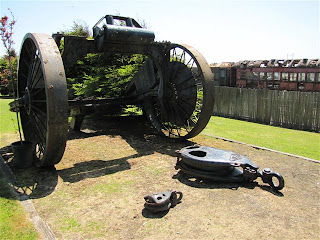 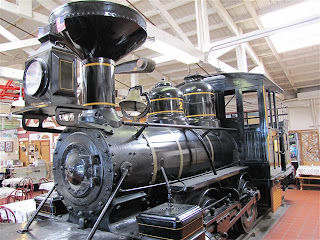 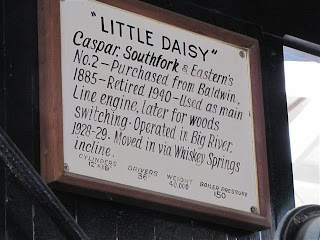 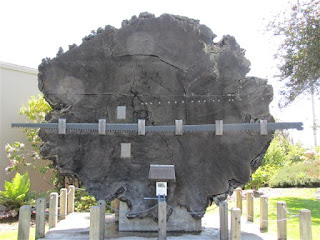 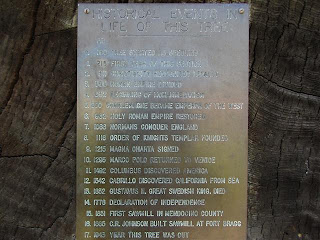 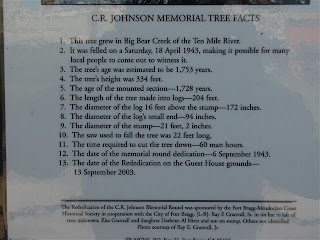 That was about it for the day.  Shopped for some grocery's and stuff, and had a propane bottle filled.  Had grilled shrimp and salad for supper.  Went out to check on the sea lion from yesterday.  It was still there and still very much alive. 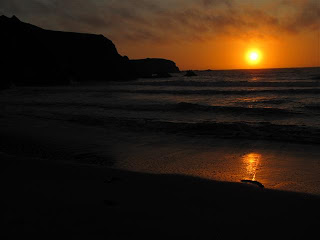